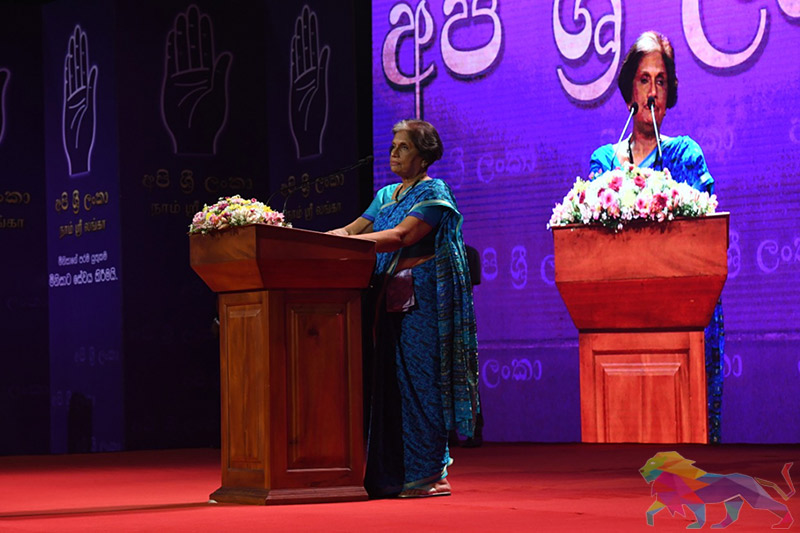 He called on all SLFPers to use their votes wisely at the election since the SLFP has not fielded a candidate.

Welgama made this observation at the convention held at the Sugathadasa Indoor Stadium by the Api Sri Lanka movement led by former President and SLFP Patron, Chandrika Bandaranaike Kumaratunge yesterday (5).

The SLFP Leader, President Maithripala Sirisena decided not to contest at the elections and a majority of the SLFP parliamentary group decided to support the SLPP candidate at the presidential polls. An agreement was signed between SLFP General Secretary, MP Dayasiri Jayasekera and SLPP candidate Gotabaya Rajapaksa.

It is in this backdrop that Kumaratunge and Welgama decided to form the Api Sri Lanka movement against the decision of a group of SLFP members to support the SLPP and dissolve the SLFP.

However, Welgama at yesterday’s convention did not extend his support to any other candidate while saying he would work to defeat the SLPP and its candidate.

“We have to all think intelligently if we want to save the party. All of you here know exactly what to do,” he said.

Welgama charged that one of the Rajapaksas would definitely take over the leadership of the SLFP in the event the SLPP wins the election.

He explained that according to an amendment included to the SLFP constitution after President Sirisena’s victory, if a candidate who is not a member of any political party contests as a common candidate and wins the presidential election, he/she could be appointed as the leader of the SLFP.

Meanwhile, SLFP General Secretary Jayasekera made continuous statements that disciplinary action would be taken against the party organizers who attend the Api Sri Lanka convention.

He identified the convention as a “UNP contract.”

Welgama added that while Ministers Rajitha Senaratne, Mangala Samaraweera, Arjuna Ranatunge and Mano Gansean attended the convention, he would never lean towards the “right” wing as a loyal SLFPer.

She alleged that corruption was introduced to the existing governance system under the Rajapaksa regime.

She added that while there have been corruption in the incumbent government that was supported by her, no one speaks of the corruption during the previous regime and have acted against them.

According to Kumaratunge, the move to appoint an acting leader by the incumbent leader was an illegal action.