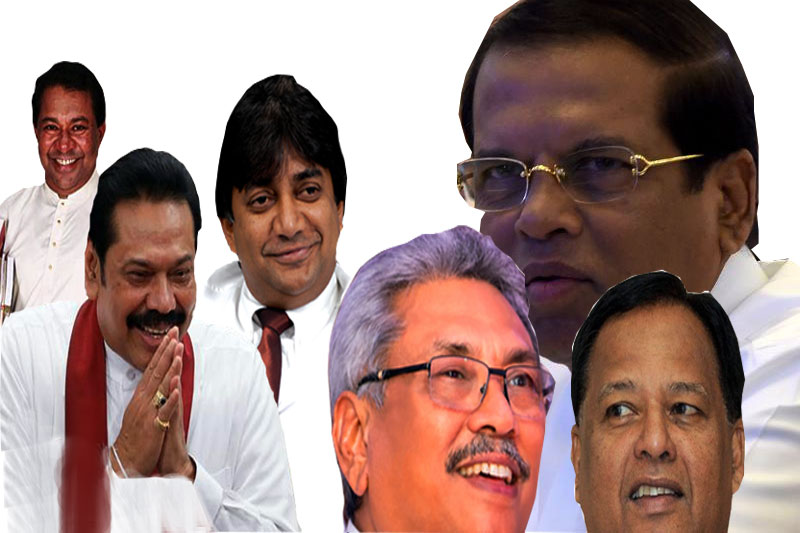 before the SLFP Central Committee officially decided to support the SLPP’s presidential candidate, Gotabaya Rajapaksa, face the risk of being sidelined when forming a government in the event Gotabaya wins the November 16th presidential election.

The agreement between the SLFP and SLPP ensures that the SLFP receive a 30 percent quota of every benefit. Hence, the SLFP will receive 30 percent of the ministerial slots in a Gotabaya Rajapaksa government.

SLFP General Secretary, MP Dayasiri Jayasekera has explained this fact to SLPP National Organizer, Basil Rajapaksa. Jayasekera has also informed Basil that if the SLFP
MPs who defected prior to the official agreement between the SLFP and SLPP demand portfolios, they will have to be included in the SLPP quota and not that of the SLFP.
The agreement between the SLFP and SLPP was signed after Basil had agreed to this condition.

Accordingly, in the event Gotabaya wins the election and turns towards forming a government, SLFP MPs like S.B. Dissanayake, Dilan Perera, Sarath Amunugama, Chandima Weerakkody will not be assigned portfolios from the SLFP quota.

Hearing this agreement, Amunugama it is learnt had telephoned SLFP Leader, President Maithripala Sirisena and requested not to treat him unfairly when forming a government.