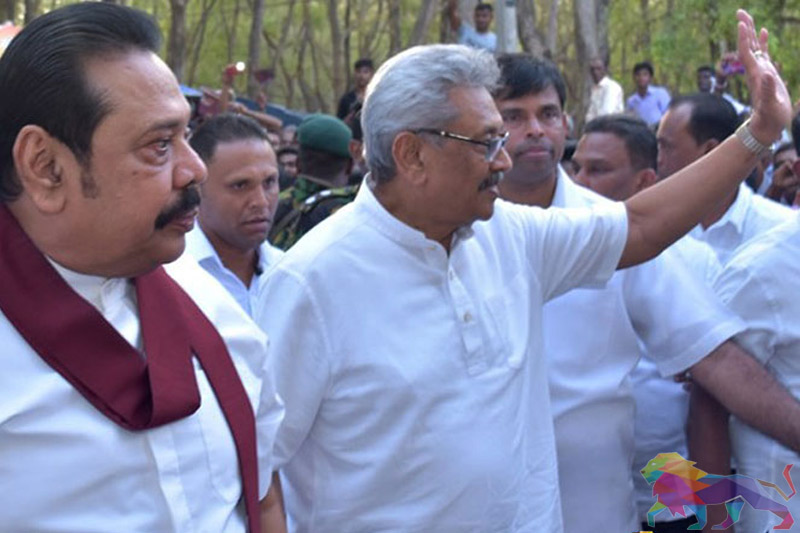 The lack of recognition for Opposition Leader Mahinda Rajapaksa at electoral events of Gotabaya Rajapaksa has reportedly left his wife Shiranthi Rajapaksa and his sons including Namal Rajapaksa disgruntled according to Rajapaksa family sources.

While the initial propaganda plan had included promoting both the Rajapaksa brothers equally with Gotabaya as the Presidential candidate and Mahinda as the Prime Ministerial candidate, sources say the ‘Viyathmaga’ organisers consisting of retired military officers had not given prominence for Mahinda Rajapaksa in the cutouts and posters put up across the island to promote Gotabaya. 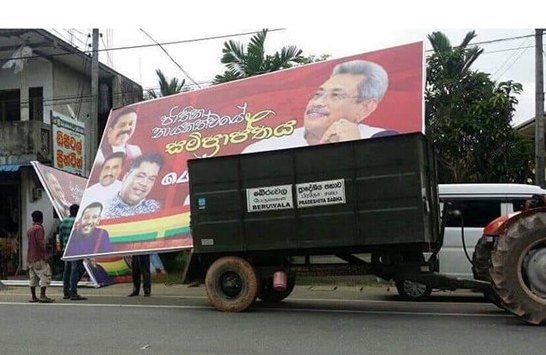 Accordingly, Namal Rajapaksa had ordered the removal of cutouts and posters which had featured Gotabaya prominently and only displayed Mahinda’s image in an insignificant manner

A weekend newspaper’s political analysis had this to say about the propaganda campaign.

In the meantime, the Rajapaksa family is also reportedly upset about the lack of concern for Mahinda Rajapaksa by other political leaders supporting the SLPP during events even though they have expressed high praise for Gotabaya in their speeches. 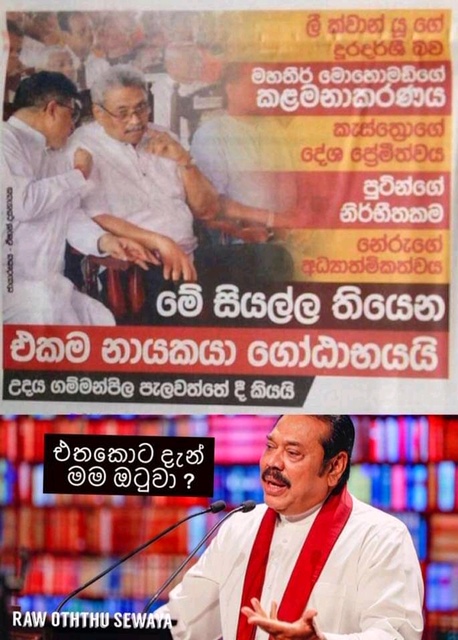 At the Pivithuru Hela Urumaya Special Convention on September 1 at the Buddhadasa Stadium in Pelawatta, its Leader Attorney Udaya Gammanpila justified the move to make Gotabaya the Presidential Candidate in this manner.

“We can bravely say that a President created with the qualities of Lee Kwan Yu, Mahathir Mohamed, Fidel Castro, Vladimir Putin, Jawaharlal Nehru will be created through the appointment of Gotabaya Rajapaksa.

Gota's cut out saga; clash under the guise of being eco-friendly