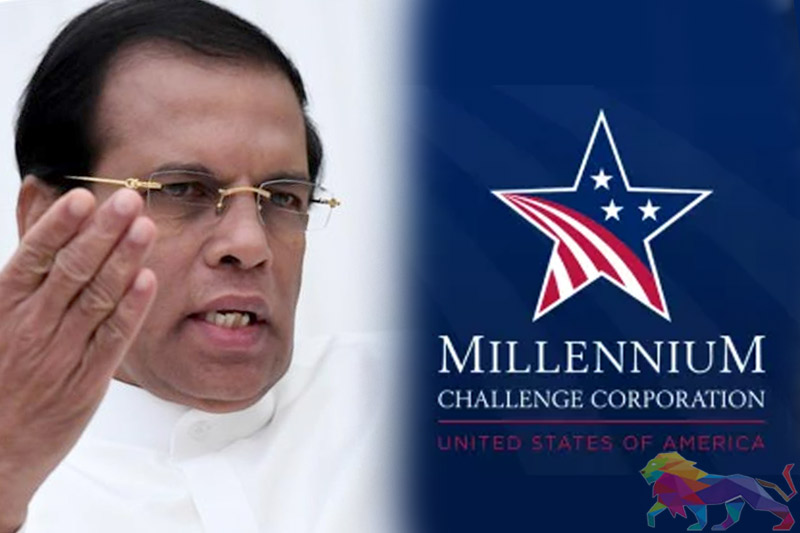 President Maithripala Sirisena has informed the Cabinet of Ministers on Tuesday (20) to postpone the signing of the US Millennium Challenge Corporation (MCC) Compact to January next year.

Sources in the government said the President has also said he would study the Compact and make his observations to the Cabinet in a week.

The Cabinet had met at around 8.30 a.m. on Tuesday (20) and the proposed MCC Compact had been discussed at length.

When several ministers had pointed out the importance of signing the agreement as soon as possible, the President has said it was better to postpone it till January.

Accordingly, a final agreement was reached on the signing of the MCC Compact deal.

What's in the Compact?

The Board of Directors of the MCC has approved a five-year, US$ 480 million Compact with the Government of Sri Lanka aimed at reducing poverty through economic growth. The Compact seeks to assist the Sri Lanka Government in addressing two of the country’s binding constraints to economic growth: (1) inadequate transport logistics infrastructure and planning; and (2) lack of access to land for agriculture, the services sector, and industrial investors.

The compact will be composed of two projects: a Transport Project and a Land Project.

The Transport Project aims to increase the relative efficiency and capacity of the road network and bus system in the Colombo Metropolitan Region and to reduce the cost of transporting passengers and goods between the central region of the country and ports and markets in the rest of the country.

The goal of the Land Project is to increase the availability of information on private land and underutilized state lands or all land in Sri Lanka to which the Government is lawfully entitled or which may be disposed of by the Government (“State Lands”) in order to increase land market activity. The Land Project would increase tenure security and tradability of land for smallholders, women, and firms through policy and legal reforms.

A leader without conflict with the US

Meanwhile, sources also said that the US government is also of the view that the signing of an agreement that has been subjected to much controversy should not be done ahead of a decisive election.

However, political and social media activists claim that it would only be a Sinhala Buddhist leader who would have the strength to sign such an agreement with the US.

A political analyst and writer, Kusal Perera recently pointed out that the US will not be able to get the controversial Status of Forces Agreement (SOFA) signed by this government.

“It could be done only by a Sinhala Buddhist leader who has the full support of the military. The agreement was signed by Gota in March 2007 as Fifth Columnist. Therefore, there would not be a conflict of interest between the US and Sri Lanka if such an individual become the Head of State,” Perera has opined.