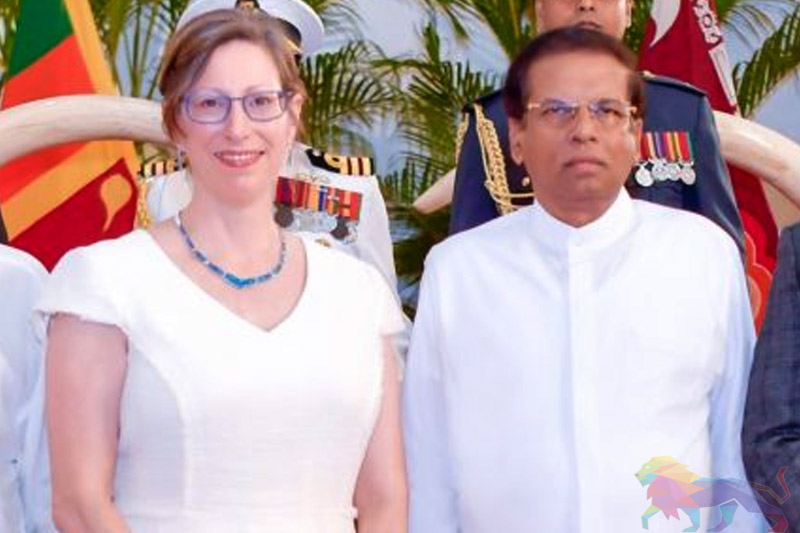 US Ambassador to Sri Lanka Alaina B. Teplitz has sent an urgent letter to President Maithripala Sirisena seeking his intervention to get the Cabinet of Ministers to approve the proposed US Millennium Challenge Corporation (MCC) Compact.

The President’s objections to the Compact have resulted in the US MCC Compact hanging in the balance and Sri Lanka standing to lose approximately US$ 480 million.

President Sirisena has objected to the deal due to allegations and concerns raised over some of the clauses in the agreement.

It is in this backdrop that the US Ambassador to Sri Lanka has written to the President explaining the proposed deal and contentious issues.

She has pledged that the agreement is transparent and stated that the US$ 480 million was a gift to Sri Lanka from the people of the US and was not a loan.

“I want to assure you that the US is committed to an open and transparent partnership with the Government of Sri Lanka. The MCC Compact, which is a development assistance agreement, is designed to foster the prosperity I know you desire to deliver to the people of Sri Lanka. Together, our two governments, over a number of years, have actively sought the input and advice from across the Sri Lankan Government, as well as from civil society, business groups, and academia to develop projects that would accelerate Sri Lanka’s development and economic growth to the benefit of all Sri Lankans,” the Ambassador has stated in the letter to the President.

The Ambassador has observed that the agreement has a five-year term and will not establish any permanent institution or agency while Sri Lankan-led teams will implement the projects and will be accountable to the Sri Lankan Government leadership and other stakeholders for their decisions.

“With regard to transportation, the assistance is targeted at increasing traffic problems in Colombo and Kandy. After compact projects are completed, urban Sri Lankans will have easier and safer commutes to work. Commuters will be able to get from central Colombo to the new expressways much quicker. Due to heavy traffic congestion, it takes nearly as much time to get from Pettah to the Southern Expressway as it takes to get to Galle once you reach the expressway. Improvements in over 205 km of roads in Colombo will significantly reduce the severe traffic congestion that is currently prevailing during peak hours of travel. Travel time within the capital will be reduced by approximately 40%. By refiguring bus routes and timings, compact projects will improve bus services, which half the population relies on to get to work, especially the poor,” she has stated. 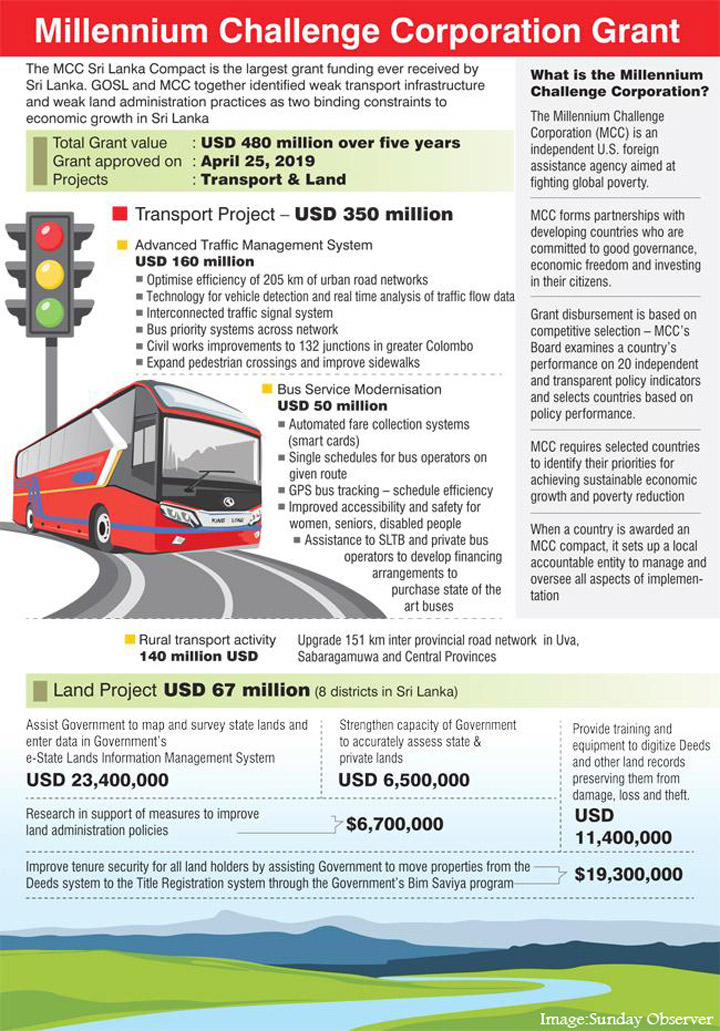 The Ambassador has pointed out the benefits of improving connectivity and its positive impact on rural citizens.

No land for the US

“The Compact’s land management component will not transfer any land to the US or any US agency. Sri Lanka will retain management control over all projects. The land management project will build on existing government efforts, such as preparing a detailed map for over 46,000 square km of land in seven districts. In districts like Polonnaruwa, citizens will be able to convert their deeds into digital form in the land registry office, preserving them from damage, loss, and theft. The agreement will support modern methods of valuing lands the Government of Sri Lanka wishes to implement,” the Ambassador has further noted.

She has also stated to President Sirisena that with over 40 years of political experience, he must be well aware of the sustained investments the US has made in Sri Lanka’s development over many decades.