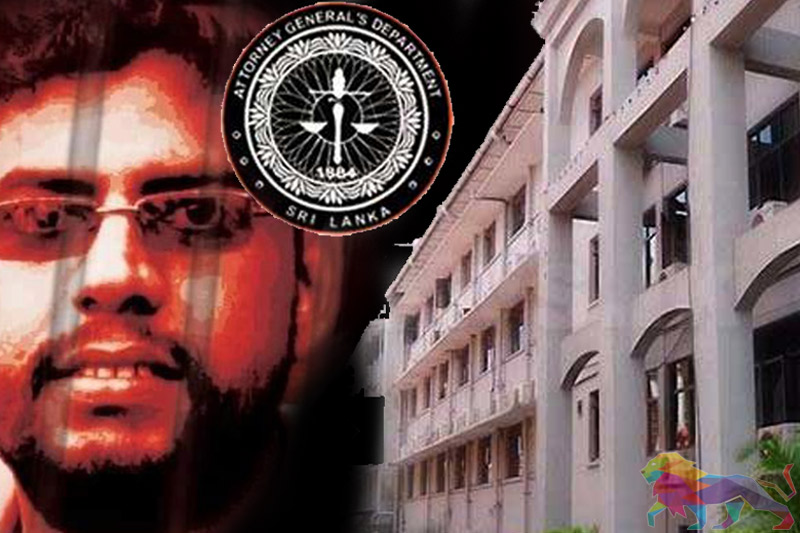 and internationally against his unlawful arrest under the International Covenant for Civil and Political Rights (ICCPR) Act over a piece of fiction writing, The Leader learns.

The respective senior state counsel is known to hold ultra nationalistic views and also works as a pro-Rajapaksa counsel at the Attorney Generals’ Department.

“No leniency should be shown to those who insult Buddhism. Such people should definitely be indicted and convicted,” she has recently told a senior lawyer at the Attorney General’s Department and continues to exert pressure on senior Department officials to somehow indict Shakthika under the ICCPR laws.

The senior state counsel behaves in this manner despite the Supreme Court observation that the state needed to be more lenient when dealing with ICCPR laws.

A senior lawyer told The Leader that the Supreme Court has made this observation when the fundamental right (FR) petition filed on behalf of Shakthika was taken up for consideration.

The Supreme Court has granted leave to proceed with the FR petition.

The senior lawyer explaining the case told The Leader that Shakthika has been remanded for writing a fictional story referring to Buddhist monks.

“This case has caused an imbalance between freedom of speech and ICCPR laws,” the lawyer noted, adding that in the event the Attorney General’s Department indicts Shakthika, it would be a devastating hit for freedom of speech in the country.

He noted that it would have a devastating impact on Sri Lanka’s image internationally.

However, the senior female state counsel who is hell bent on indicting Shakthika continues to canvas for the indictment despite several senior officials at the Attorney General’s Department pointing out that there was no ground to serve an indictment in Shakthika’s case.

The Leader learns that her supervising officer had explained to her that there were no legal grounds to proceed with the case against Shakthika and indict him.

The female state counsel has now over stepped her superior and continues to approach other senior officials at the Department to get her indictment.

“The Attorney General’s Department is not a temple to be safeguarding Buddhism. There are Buddhist monks and devoted lay persons for that purpose. The Department’s obligation is to ensure that justice prevails,” a senior lawyer has told the female state counsel. Angered by this explanation, she has retorted saying, “I will even go to the boss and get him convicted.”

Shakthika is being accused of violating Article 3 (1) of the ICCPR Act of 2017 and 291B of the Penal Code which deal with building religious hatred.

Shakthika was arrested on April 1st this year following a request made by Angulugaha Jinandha Thera from the IGP for his arrest under the ICCPR Act over a piece of fictional writing published on his Facebook page under the title “Ardha.”

Shakthika has been in remand custody since then.

However, the ICCPR laws have not been enforced on the Buddhist clergy who have continuously made racist remarks and worked to cause religious hatred and disharmony.

Also, the racist mobs who attacked Muslim businesses and residence causing massive damage including the death of a Muslim citizen a few months back were released by law enforcement authorities without being charged under the ICCPR.

Meanwhile, UN Special Rapporteur Clément Nyaletsossi Voule is in Sri Lanka on a nine day official tour to assess the right to freedom of peaceful assembly and of association in the country.

During his visit, Voule will be traveling to various parts of the country including the North and East. The UN special rapporteur is also due to meet Government officials, representatives of the judiciary, legislature, media, and civil society.

The Special Rapporteur is to hold a press conference on the 26th of July, upon the conclusion of his visit. He will present a comprehensive report on his visit to the 44th session of the UN Human Rights Council (UNHRC) in June 2020.

However, the current developments in Sri Lanka in relation to freedom of speech and the misuse of ICCPR laws along with its selective enforcement will be taken up during discussions the UN official will be holding with civil rights and media activists in the next few days.

Abuse of ICCPR Act has ‘chilling effect’ on fundamental freedoms