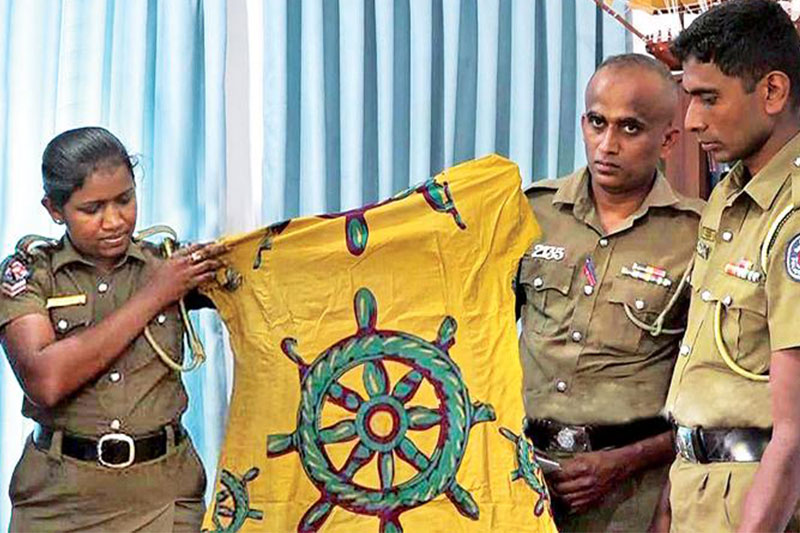 Legal experts point out that the ICCPR Act under which a fiction writer and a Muslim woman wearing a kaftan featuring the helm of a ship were recently arrested, has never been used to prosecute those who have incited hatred and communal tensions, not even after riots in Aluthgama, Digana and more recently Minuwangoda

Two Fundamental Rights (FR) petitions were filed at the Supreme Court for the release of award-winning author and poet Shakthika Sathkumara, and Fathima Nushra Zarook who were arrested for wearing a kaftan depicting a ship’s helm, mistaken by vigilantes and police in Hasalaka as a Dharmachakraya (a Buddhist symbol used to depict the Dhamma and the walk to enlightenment).

Both arrests were made under the International Covenant on Civil and Political Rights (ICCPR) Act, and concerned parties claim these were gross abuse of an act introduced to promote and protect human rights.

Post-modernist novelist Sathkumara, a 33-year-old father of two, was arrested in early April after a group of monks from Polgahawela took offence to a short story he wrote about sexual abuse and pedophilia involving a member of the Buddhist clergy. Sathkumara’s accusers claimed that the short story insulted Buddhism. 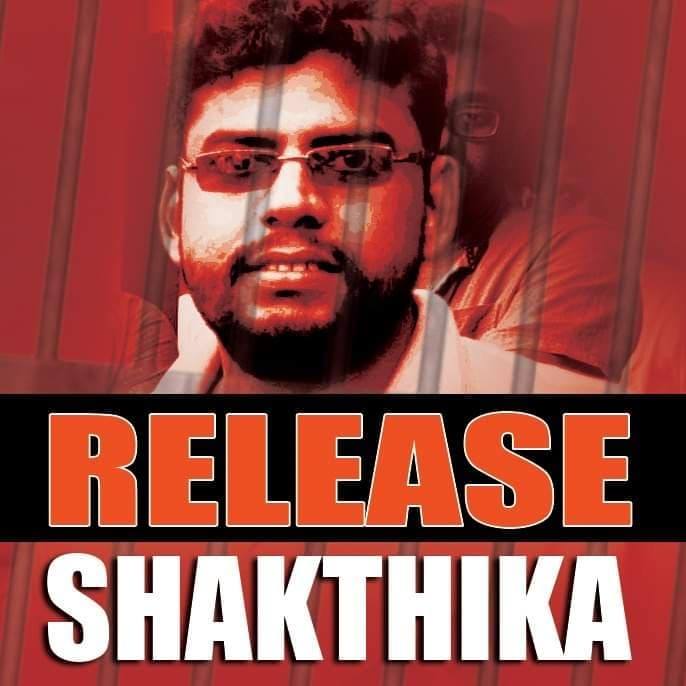 He was taken in under the ICCPR Act of 2007. Section 3 (1) of the Act states “No person shall propagate war or advocate national, racial or religious hatred that constitutes incitement to discrimination, hostility or violence.” This left Sathkumara no avenue for redress because only a high court judge could permit bail once a suspect is arrested under the ICCPR Act. Ten weeks later, the short-story writer, exercising his fundamental right under Article 14 of the Sri Lankan Constitution remains in remand custody.

Meanwhile, as the Muslim community faced a vicious backlash in the wake of the Easter bombings, with fear and suspicion rampant in many areas of the island, Zarook, a 47-year-old mother of one from Mahiyanganaya, was arrested on May 17 under the same Act for wearing a kaftan decorated with the logo of a ship’s helm, which the police officer who arrested her mistook for a Dharmachackraya.

Zarook, at the time of her arrest, did not have the faintest idea that the logo on the dress resembled the Dharmachackraya. She had been wearing the same clothing, a gift from her landlady in Kuwait where she worked, for the past year without any complaints.

Everything changed for her after the bombings. Police said they received several complaints from the public the morning Zarook was arrested. That morning she went to a bank, shopped and came back home in a three-wheeler.

The FR petition states Zarook, who was fasting during the month of Ramadan when the incident took place and does not communicate in Sinhala, was questioned at the police station (which she struggled to comprehend) and forced to sign a statement written in Sinhala which she did. Her daughter was later told she will not be given bail and the case will be taken up by the Mahiyanganaya Magistrate.

Remand has been its own ordeal for the Muslim woman. During her detention at the Badulla Prison she has been threatened by prisoners and jailors with assault for insulting Buddhism.

Reflecting on the two cases Attorney-At-Law and human rights activist Gehan Gunatilleke said, “Section 3(1) of the ICCPR Act is mainly designed to hold persons who incite violence against national, racial or religious groups accountable, but it has not been used to convict a single perpetrator of incitement.” He said not one person involved in incitement to violence in Aluthgama, Digana or Kurunegala has been convicted under the law.

“So, the main purpose behind this section of the Act has not been achieved to date. However, this section has been enforced to arrest and incarcerate a writer such as Sathkumara for writing a piece of fiction that allegedly insults the Buddhist clergy. The ICCPR Act does not deal with mere offence or insults. This is a tragic case of abusing a scarcely used provision of law for a purpose not even covered by that law,” he explained.

Zarook in her petition states her arrest, detention and conduct of respondent (Attorney General, Inspector General of Police and officer of the Sri Lanka Police attached to the Hasalaka Police Station) was arbitrary and malicious, and did not follow due process or the law.

She further states,”It appears she had been singled out and subjected to hostile inimical discrimination based on both grounds of race and religion in violations of Article 12 (2) of the Constitution” and also adds that “In the totality of the aforesaid circumstances, the arrest and detention of the Petitioner is arbitrary, unreasonable, unlawful, and is in violation of the Petitioner’s fundamental rights guaranteed under Articles 13(1) and/or 13(2) and/or 13(3) and/or 13(5) of the Constitution”.

“The threats and intimidation suffered by her whilst in State custody amounts to cruel, inhuman or degrading treatment or punishment, and violated her protection under Article 11 of the Constitution,” the FR stated.

Explaining about the two cases he said the author’s arrest, is an attack on the freedom of expression, while the in Zarook’s case it is an incident where the police abused the act.

Section 3 of the ICCPR Act states “No person shall propagate war or advocate national, racial or religious hatred that constitutes incitement to discrimination, hostility or violence.

“A person found guilty of committing an offence under subsection (1) or subsection (2) of this section shall on conviction by the High Court, be punished with rigorous imprisonment for a term not exceeding ten years,” and “An offence under this section shall be cognisable and non-bailable, and no person suspected or accused of such an offence shall be enlarged on bail, except by the High Court in exceptional circumstances.”

“The police have found a loophole in the system and are arresting people using this section,” Weragoda said adding, “This has resulted in a chilling effect”.