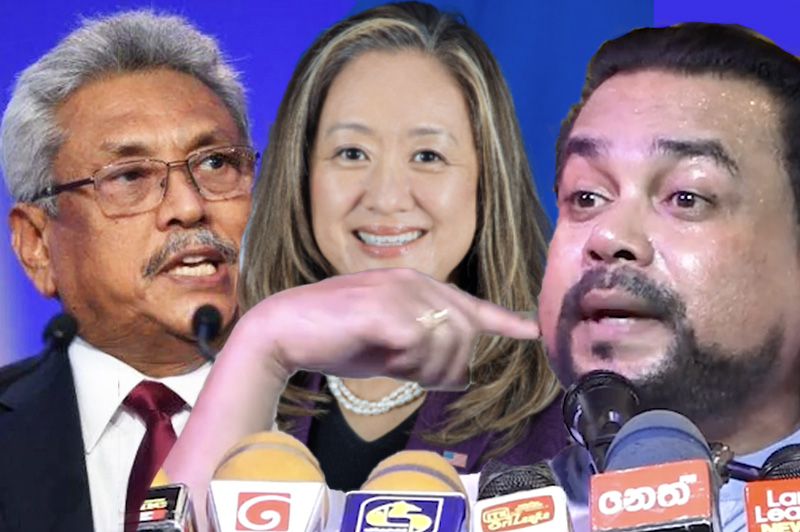 Former president Gotabaya Rajapaksa was the victim of a trap set by US ambassador Julie Chung and made wrong decisions at her advice, alleged chairman of the Supreme Lanka Council Wimal Weerawansa.

The Council held its Kegalle district meeting in Ruwanwella on December 11 to raise awareness on the stability of the Sri Lankan state and strengthening the economy.

Weerawansa reminded Ranil Wickremesinghe that he was a president without a public mandate and warned him against acting beyond his capacity.