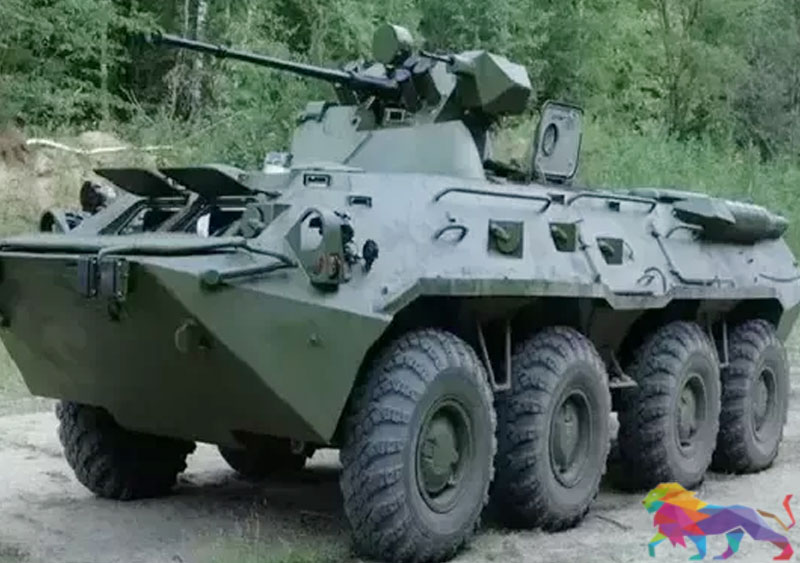 The sources further said that both the Chinese and Russian governments are engaged in a fierce battle to provide the APCs to Sri Lanka and that the local authorities are eyeing to procure the more expensive Russian made APCs.

The Sri Lankan defence authorities are planning to procure the Russian APCs from 'Rosoboronexport', Russia's sole state export and import intermediary agency for the entire range of defense-related and dual-use products, technologies, and services.

During the former Yahapalana administration, the Maharaja Group was named as the local representative of Rosoboronexport. Lawmakers of the-then Joint Opposition accused the Yahapalana government of trying to procure an old Russian Off Shore Patrol Vessel from Rosoboronexport at a staggering cost of more than LKR 20 billion.

Double the price - double the interest?

The cost of a Russian made BTR-82A eight wheeled Armored Personnel Carrier fitted with a 30mm 2A72 automatic cannon is around USD 1.7 million (approx. LKR 320 million).

The Chinese government has agreed to offer a similar VN2C 6x6 wheeled mine-resistant armoured vehicle at less than half the price of a Russian made APC, Defence Ministry sources said. 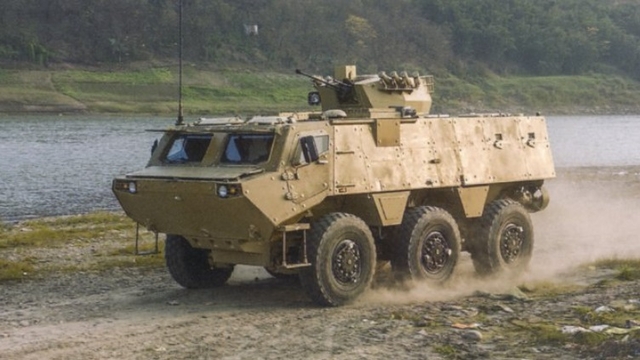 The government will have to pay 15 percent of the total cost upfront when procuring the Russian APCs with the remaining 85 percent to be paid to a Russian bank over seven years.

It is said that the Russian bank will charge an interest of 7 percent on the loan amount.

However, if the government decides to go ahead with the Chinese made APCs, they will only need to pay 15 percent of the total cost upfront with the balance 85 percent to be paid over ten years at an interest of 1.5 percent.

Why the sudden rush to procure 60 APCs?

Internal government sources have questioned the supposed move to procure 60 APCs at a time when the country is in the midst of a severe economic crisis, raising suspicions about certain parties receiving huge kickbacks from these deals.

Although 9 such vehicles have been deployed to Mali recently, it is said that all of them are now in a dilapidated condition.

However, a high ranking government official said that the proposed move to purchase 60 new Russian made APCs, especially at a time when Sri Lankan armed forces personnel are gradually being withdrawn from UN peacekeeping operations in Mali, has raised suspicions among the defense establishment.

The offical also pointed that The United States have imposed sanctions against Russian state arms export agency Rosoboronexport for alleged violations of a nonproliferation and missile technology control regime.

Made in Sri Lanka not good enough? Is it a commission issue?

The Sri Lanka Army is going to buy 60 Wheeled Armored Personnel Carriers from Russia or China in a situation where such buffel combat vehicles are being successfully manufactured in the country. 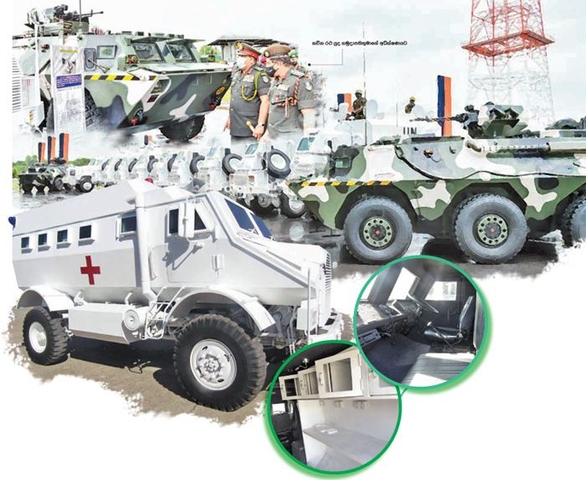 The Sri Lanka Army is already involved in the design of combat vehicles. This is one of the best innovative methods that can be used to elevate Sri Lanka to the world stage as well as to retain the foreign exchange that is being drawn abroad for combat vehicles.

The Army Commander said that the ability of our country to manufacture our own vehicles and equipment for our use instead of importing them from abroad is a sign of a promising future.

Accordingly, the Army added a new approach to innovation, with Sri Lanka Electrical and Mechanical Engineering Corps producing and sending nine Unicorn/ Unibuffle vehicles for the use of the Sri Lankan Military Transport Team deployed to the United Nations peacekeeping mission in Mali, West Africa.

The Unicorn, a Mine-Resistant Ambush Protected (MRAP) vehicle and equipment are manufactured using imported spare parts in accordance with international standards including the United Nations.

According to the Army, these vehicles and equipment are able to withstand landmine hazards. They are manufactured locally and with better technology than similar combat vehicles imported to Sri Lanka previously.

WMAZ vehicles had previously been imported at exorbitant prices to supply Sri Lankan troops deployed to UN peacekeeping missions in Mali, in agreement with the United Nations. It usually costs around USD 40 million per unit.

These vehicles have been manufactured by the Sri Lanka Regiment of Electrical and Mechanical Engineers as a strategy to save that huge cost.

“This is similar to those other WMAZ vehicles. There is a difference in the movements. There is a big difference between this and the methodology used to build Unibuffle vehicles. Imported vehicles are not air conditioned. But there are certain conditions expected by the United Nations. These Unibuffle cars are made to suit these needs. Compared to the vehicles we have imported so far, we can easily travel in the vehicles we manufacture. While serving in the Kingdom of Mali, they have to drive thousands of miles. Therefore, the maximum possible facilities have been provided to our war heroes.

If we as a country produce in Sri Lanka without importing goods, we can save our country. We think that when we see these, there will be a demand for these from abroad as this is a very important vehicle for infantry units.

So I hope that in the future, when it is proven that they can be manufactured and used successfully according to the maximum security strategies and standards in Sri Lanka, we can sell these to foreign forces,” The Army Commander had boasted at a press conference last year. 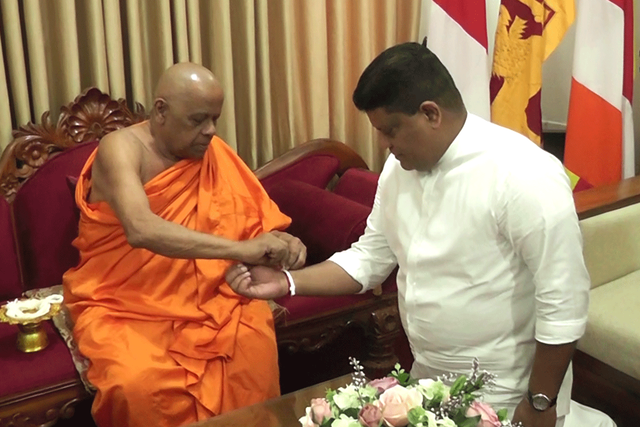 According to the Army Commander, these combat vehicles manufactured in Sri Lanka have reached the export level, surpassing the technology of foreign war vehicles.

He said that 09 armored vehicles required for these groups were manufactured locally and sent to Mali.

He made this statement while speaking to the media after paying homage to the Sacred Tooth Relic and visiting the two Asgiriya Mahanayake Theras in Malwatta.

The Army Commander said that it costs around LKR 40 million to import an armored vehicle from foreign countries and that this vehicle has been designed at a cost of LKR 10 million with the approval of the United Nations by the Army Electromechanical Engineering Regiment.

Why is the Ministry of Defence now planning to purchase Unibuffel vehicles from Russia for a significant sum of money while the Army Commander is certifying such buffer vehicles could be manufactured in Sri Lanka at a lower cost?

(By a Special Correspondent)