Mangala, during the final phase of his life, had an intensive dialogue with me on the need for formulating a basic document containing fundamental principles that should be incorporated in a program of transformation for Sri Lanka, and the significance of having such a document.

I am of the view that it was a distinct occasion where he had manifested his political acumen and maturity. He was not omniscient, but was going through a process of self-criticism. At the same time, he displayed a very keen interest in the future of Sri Lanka. He was conscious that Sri Lanka was in a huge crisis. He was also aware that neither the government nor the opposition has a solution for it.

He knew that it was essential that the socio-political system and the economy need to be reformed and reinforced to overcome the crisis.

He was of the view that it was necessary to formulate a document containing the principles that would lead to a real transformation in Sri Lanka. He said I have all the qualifications to be the author of this document and sought my involvement in formulating it.

He said that the proposed document should be conducive to uniting the divided nation.

At the same time, he remarked that it should be a forceful document capable of convincing the people that this complex crisis could be overcome by a concerted effort in which everyone will stand together in unity and harmony.

He also stated that this document should be a one that will lead to the liberation of the oppressed people who have been neglected and marginalized since independence.

The original of the document which I compiled at his request was handed over to a  group of representatives of Mangala’s “Radical Center” on September 8.Produced below is a copy of the document. 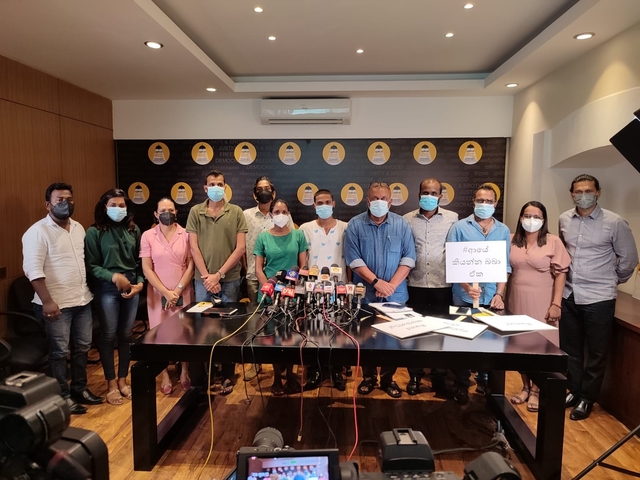 (1) All citizens of Sri Lanka should be made respectable stakeholders of the Sri Lankan nation that we look forward to building; and all of them should be treated as human beings with dignity and equal rights regardless of their ethnicity, religion, caste, culture or gender.

(11) Adequate measures should be taken to abolish the feudal caste system altogether,  treating it   as an oppressive and outdated system.

(111) Investigate into the issues involving the community groups who have been subjected to human rights violations and ensure that justice is meted out to them.

2. System of governance and the State.

Whatever may be the form of governance that is adopted, the Head of State must always remain below the law. The judiciary should have the power to annul any action committed by the Head of State which is contrary to the law.

a) Investigate, with the participation of the judiciary too, in to the reasons that have led to the decline of the judiciary, identify the reforms needed for rectifying them and setting up of a modern judicial system and implement them with the view to establishing a powerful, efficient and independent judiciary which is essential for ensuring the rule of law.

b) The judiciary should be vested with the power of judicial review, that is, the power to scrutinize the validity of the actions of the Legislature and the Executive.

c) As in India, the judiciary should be made an institution that does not depend on the funds allocated by   Parliament.

It is essential that the duties and responsibilities of all key public officials, including the Head of State, the Chief Justice and the Attorney General, and the fundamental mistakes they should not commit, should be reinterpreted. Their affidavits also must be re-designed in accordance with those interpretations.

The role of the media needs to be explored and an appropriate democratic regulatory framework needs to be put in place to ensure media freedom and also to guarantee that media institutions and journalists act in a socially responsible manner.

(b) The Laws relating to bribery and corruption should be revisited.

(c) The loopholes in the current Assets and Liabilities Act should be removed, and the law should be updated and made stronger in keeping with the modern requirements.

There should be laws to control election funds and election expenses. The Election Commission and the Auditor General's Commission should be vested with the power to audit the donations and funds received by the Candidates and how they have been spent.

The measures must be introduced to prohibit the opportunity given for the elected public representatives to transact business with the government contrary to the law.

Probe into the decline of the system of school and university education, identify the reforms needed to enhance the system of education and implement them in order that it would contribute towards creating an advanced and better civil society.

The reforms needed to strengthen the health service should be identified and implemented.

Identify the vital components that should necessarily be included in a national policy framework, and set up a suitable mechanism to formulate the principles to support it, so that their continued existence would be ensured by curbing the power wielded arbitrarily by the   politicians and bureaucrats in implementing them.

Initiate action to ensure that the people will be free to enjoy, without hindrance, the rights they are entitled to, in keeping with the International Covenant on Civil and Political Rights of the United Nations.

(XIV) The Sovereignty of the people:

The Sovereignty of the people should not be limited only to exercising their right to vote in elections; a system should be established allowing the public to submit proposals to Parliament with a specific number of signatures (the number should be determined by law) prescribed by the Election Commission. Such a system is in operation in a number of countries, including Switzerland. Sri Lanka could adopt a suitable system taking into account the systems like the “public initiative" and the “system of alternative referendum” which are in operation in those countries. This will enable the public to present a no-confidence motion against extremely corrupt leaders in Parliament when the legislature remains silent and refrain from taking action against them on political grounds. If such a motion submitted by the public is debated in Parliament and defeated, the government will have to submit it to a referendum. This right can be utilized not only for submitting no-confidence motions but also for other effective proposals beneficial to the country.

The legislation of these reforms and all other related activities should take place in a "Participatory Constitution Making” format consisting of representatives of the people’s organizations in addition to the Members of Parliament. All necessary powers for this exercise should be delegated to a Legislative Assembly selected exclusively for this purpose, by an Interim Constitution. The Interim Constitution should necessarily include the proposed reform program to be initiated as well as the relevant time schedule for its implementation.

("This draft must not be treated as a final document and should be finalized only after subjecting it to a public debate.")