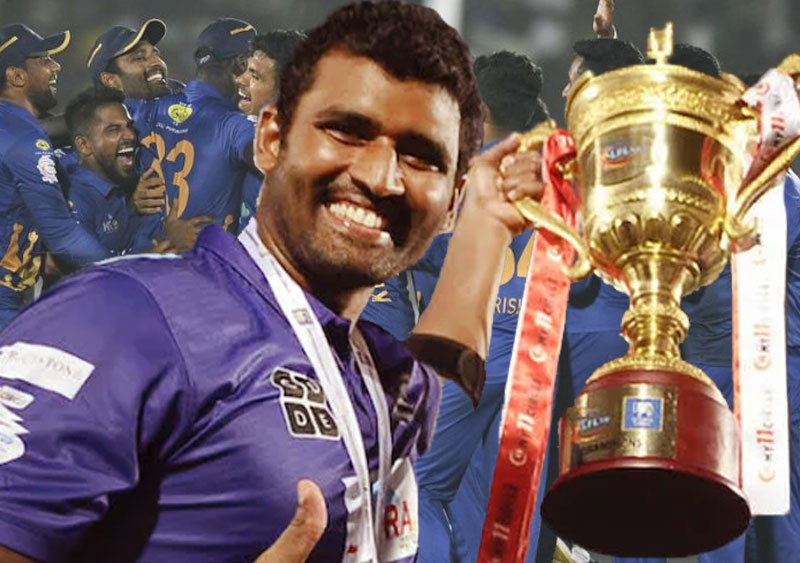 The Jaffna Kings were crowned LPL champions for the third time in as many seasons, as yet another Avishka Fernando fifty anchored a tricky chase against a dogged Colombo Stars.

He was ably assisted by Rahmanullah Gurbaz and Sadeera Samarawickrama - albeit in disparate styles.

Gurbaz came first, bludgeoning everything in sight, but once he fell - and Afif Hossain shortly after - Sadeera took over, accumulating runs and ticking things over.

It was this partnership that in the end broke the spine of the chase.

So much so that even a spate of late wickets couldn't halt Jaffna's charge.

At the halfway stage though it might have been the Stars who would have been the happier of the two sides, after a late Ravi Bopara salvo had boosted his side to a competitive 163 for 5.

His was a much-needed knock for Colombo, after the youthful spin pairing of Dunith Wellalage and Vijayakanth Viyaskanth had throttled the innings in the middle overs, in the process nipping in the bud a threatening stand between Dinesh Chandimal and Charith Asalanka.

Stars to their credit fought every step of the way, but the two-wicket margin of victory perhaps masks to an extent Jaffna's control over proceedings.

Thisara Perera once more led the side well, and Jaffna once again seemed to be the side with the most balanced look about it.

They may have lost star spinner Wanindu Hasaranga, but the likes of Wellalage and Viyaskanth have stepped up while new faces such as Samarawickrama and Binura Fernando have been yet more astute picks.

Credit for which should go to Thisara as well as head coach Thilina Kandamby.

Asalanka and Chandimal set the tone

After four ducks in a row, Stars had little choice but to remove Niroshan Dickwella from the starting XI, but his replacement Nishan Madushka, only brought in at the knockout stage, fared little better.

On Friday, he fell off the fourth delivery of the game.

But fortunately for Stars, in Asalanka and Chandimal, as well as Bopara and Angelo Mathews, they have one of the more established middle orders in the tournament.

And so it proved again, as they took the attack to Kings with Chandimal and Asalanka taking apart each of Kings' seam options, be it Thisara, Binura Fernando or Zaman Khan.

It wasn't long before Kings realised that pace-off was the way to go on a sticky surface.

Wellalage and Viyaskanth pull it back

Enter Wellalage and Viyaskanth, the youngest members of the Jaffna squad, whose introduction ushered in a period in which just two boundaries were scored between the 6th and 15th overs.

It meant Stars were forced to go after the likes of Maheesh Theekshana, with the crucial wicket of Mathews a result of this very circumstance.

Aged 19 and 21 respectively, against seasoned campaigners such as Chandimal, Mathews and Bopara, the pair showed maturity and game nous that belied their years.

Bopara finishes with a flourish

But in Ravi Bopara, admittedly in the twilight of his career, Stars had a very experienced campaigner.

Aware that Kings would have to find a few overs at the death from somewhere after Binura had strained a muscle in his lower back while fielding, Bopara waited for his moment.

As it turned out, Binura would return to bowl at the death, though his pronounced grimaces after each delivery were a dead giveaway he wasn't at a hundred percent.

Bopara would show no sympathy however, taking him for 16 in the 18th over, before hitting 12 off Theekshana in the next.

He was ably assisted by Mohammed Nabi, who would also launch Binura down the ground at the start of the 20th over.

Binura would succumb to the pressure with a series of wides outside off, as Stars took 17 off the final over and 61 off the final five.

If Stars' innings had the manner of a side figuring things out as they went along, Kings came out with a clear game plan, exemplified by Gurbaz's early blitz.

He may have been around for only 18 deliveries, but his 36, replete with four boundaries and two sixes, would shed any nerves Kings might have head in approaching a tricky chase.

The explosive Afghan would go straight after Kasun Rajitha in the very first over, before punishing Stars' hesitancy in replacing the injured Seekkuge Prasanna mid-over; the leg spinner would bowl only two deliveries on one leg, but Gurbaz plundered them for 10 runs.

By the time Gurbaz fell, the required rate had dropped to seven an over, and while this would fluctuate throughout the innings, mentally the Kings knew then it was their game to lose.

Avishka and Sadeera steer the chase

Afif followed Gurbaz, but his brief stint in the middle was one crying for a merciful end. When it eventually did come, in walked Sadeera - Kings' man for every occasion.

While Avishka hunkered down happily to rotate the striker, Sadeera took it upon himself to find at least a boundary each over.

Whether it was cheeky dabs down to third man, delicate paddle sweeps, or scything pulls to deep midwicket, Sadeera proved adept at finding runs when needed.

He would fall with still 36 to get off 30, but by then the target was well in hand - a fact not even a flurry of wickets at the death could alter.

Sadeera would fittingly cap off the evening by taking home the player of the series award.

As for Avishka, it's a second LPL final in a row he's starred in, and with 339 runs it was no surprise he was adjudged player of the tournament as well.

Vijayakanth Viyaskanth has had to wait patiently for his big break.

Yes, there was excitement when he was drafted to play for Jaffna in the inaugural LPL - after all a player from the north of Sri Lanka was something many a fan had been eagerly looking forward to following the end of the civil war - but Viyaskanth would barely get a game over two seasons, stuck behind none other than Wanindu Hasaranga.

But when Hasaranga departed to Kandy Falcons ahead of this season, Viyaskanth was finally handed his chance.

Thirteen wickets and an emerging player of the tournament award later, safe to say, he's more than grabbed it.

And while he would go wicketless in the final, it was fitting that it would be the boy from Jaffna Central College was at the crease when the winning runs were scored. 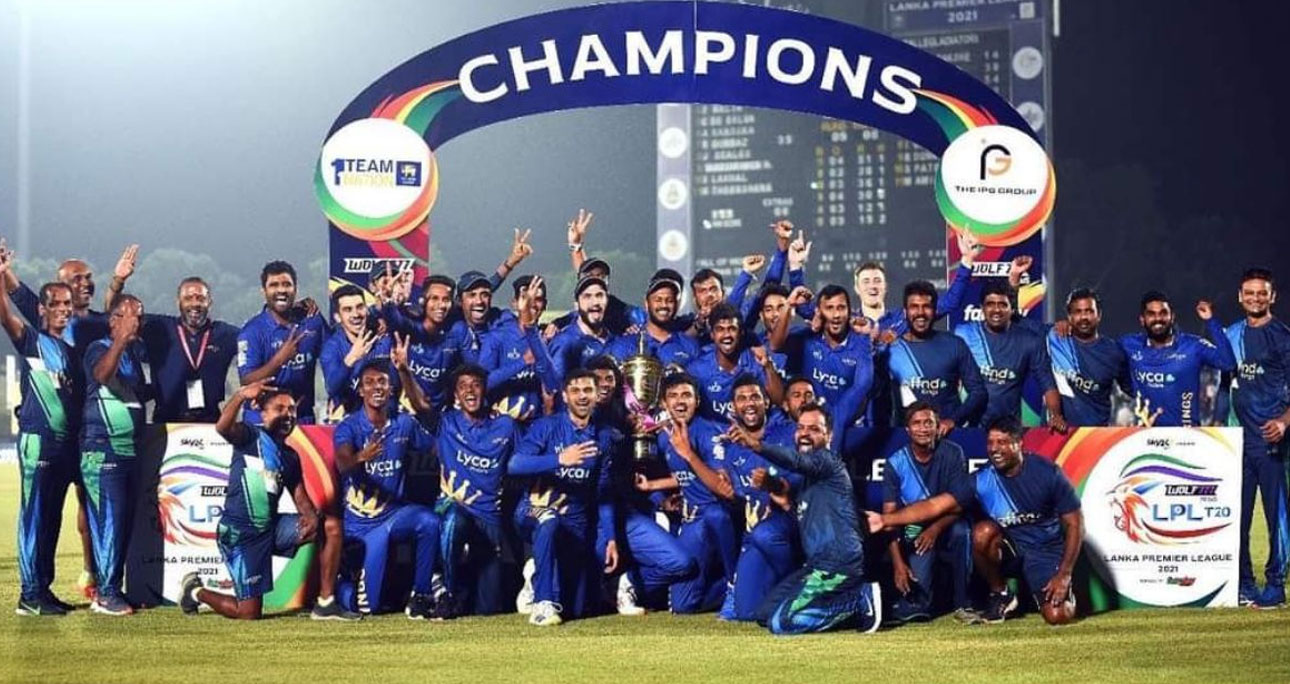