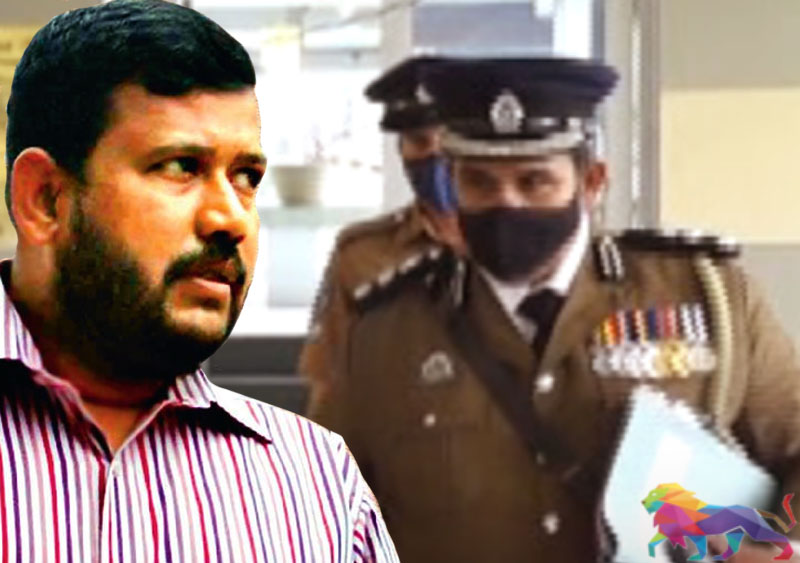 The Leader of the All Ceylon Makkal Congress (ACMC) and former minister Rishad Bathiudeen MP, has informed the Presidential Commission of Inquiry into the Easter Sunday

Attacks through his Attorney-at-Law, Rushdhie Habib stating that the evidence given by Mahinda Dissanayake, the former SSP of Kurunegala, before the Commission alleging that Rishad Bathiudeen had telephoned him or otherwise spoken to him is absolutely false.

In a letter addressed to the Presidential Commission yesterday (14), Rishad Bathiudeen’s Attorney stated that his client “had not phoned Dissanayake or spoken with him as alleged by Dissanayake”.
His claim that following the release on bail of Dr. Shafie, then a government doctor attached to the Kurunegala Government General Hospital, Rishad Bathiudeen had telephoned him is “absolutely false’.
The Attorney has urged the Commission to verify Dissanayake’s phone recordings “which my client believes will establish Dissanayake’s false testimony”.

The Attorney has also pointed out to the Commission that wide publicity is being given in sections of the media to anything purporting to be said against his client while anything to the benefit had received little or no coverage.

He pointed out that his client is an elected Member of Parliament for an unbroken period of 20 years.
"For instance, my client’s affidavit which answers every issue raised in the Commission, some raised unfairly, has not got any coverage in any media. As a result of continuous biased reporting a false impression has been created in the public mind about my client. The wide publicity given to falsehood such as the telephone call has caused my client considerable pain of mind and damages," the Attorney-at-Law said. 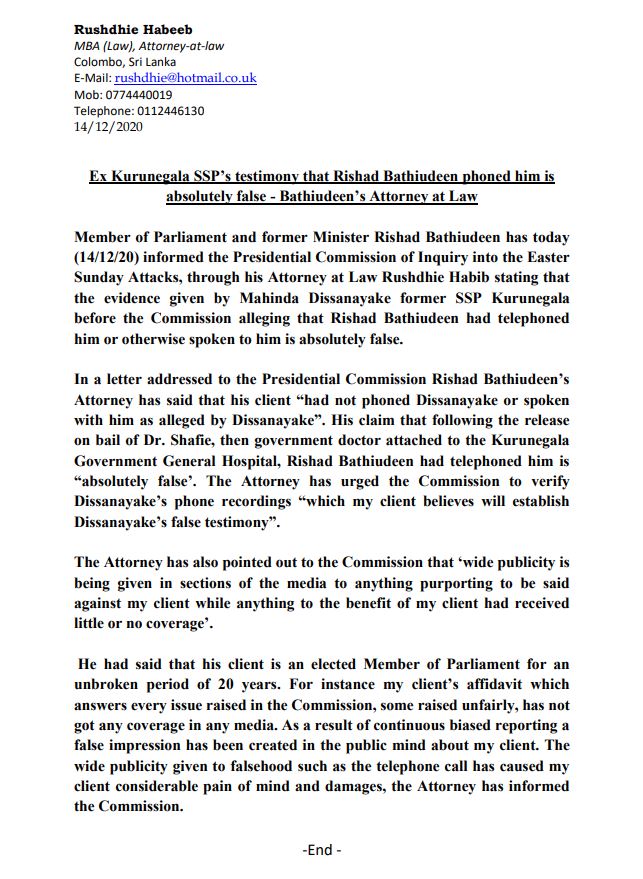