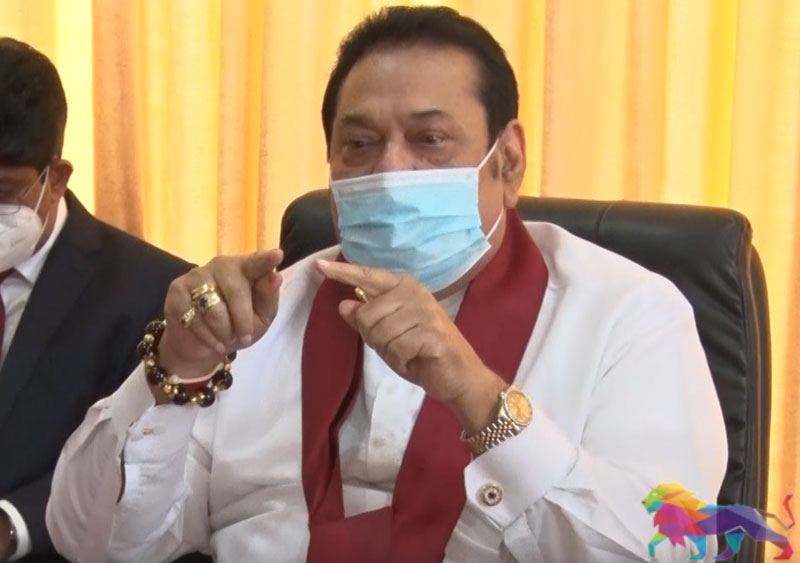 Prime Minister Mahinda Rajapaksa has instructed relevant authorities to choose a suitable land in consultations with medical authorities in a dry zone with very low groundwater
levels to be used for burials of COVID-19 victims.

Premier Rajapaksa has directed authorities in this regard at a special discussion held on Thursday (10) to explore ways and means of burying COVID-19 victims, the PM's media unit said in a statement.

The meeting was attended by ministers and state ministers as well as a group of Muslim parliamentarians, according to the PM's media unit.
Further, the Prime Minister has requested the Mulims MPs to extend their support in this regard.

However, the health authorities have informed the Prime Minister that that transmission of COVID-19 from bodies was possible for 36 days.

Ministers Ali Sabri PC, Pavithra Wanniarachchi, Rohitha Abeygunawardena, Vasudeva Nanayakkara, other parliamentarians, the secretary to the Ministry of Health S. Munasinghe and other health officials also participated in the discussion.

Bodies of Muslim victims not claimed as an act of civic resistance: Rauff Hakeem
Meanwhile, the Leader of the Sri Lanka Muslim Congress (SLMC), Rauf Hakeem, stated that bodies of Muslims who have died of COVID-19 haven't been claimed by their families as an act of civic resistance against the government’s reluctance to change its decision to cremate COVID-19 victims.
"Even a 20 day old baby was cremated. For God’s sake, please revise this draconian policy without further delay and accept the right of the Muslim people to burial," he appealed to the government in parliament.