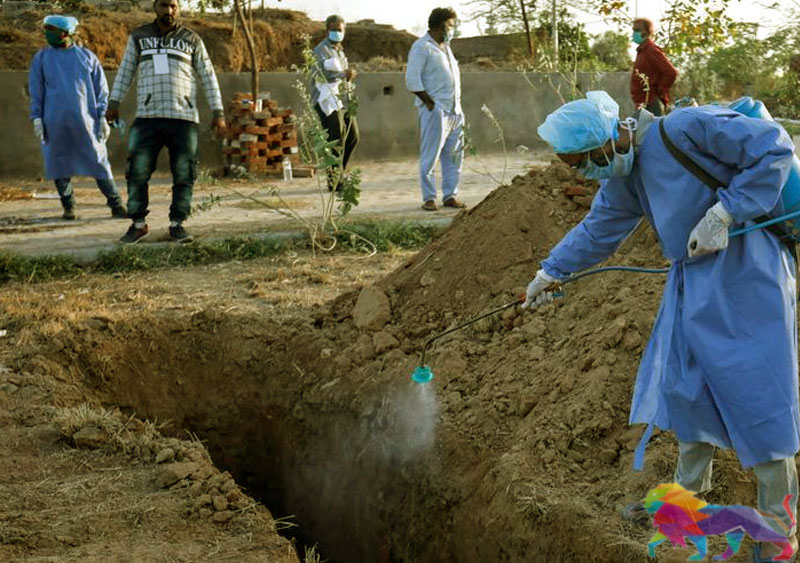 The Cabinet of MInisters has approved a proposal to allow Muslim victims who succumbed to the deadly coronavirus to be buried instead of being cremated. The burial of
Muslims will be carried out according to the health guidelines provided by the World Health organisation (WHO) and technical committee of local medical experts.

The cabinet paper to reconsider the government's decision to allow for the burial of Muslim COVID-19 victims was submitted by the Justice Minister, Ali Sabry PC, ending a crisis that had impacted the entire Muslim community in Sri Lanka.

Accordingly, the government had instructed health authorities to look at the possibility of allocating dry land in any part of the country to allow burials of COVID-19 victims. As such, the government has approved the burial of the bodies of Muslims in a selected area in Mannar in accordance with the recommendations submitted by a team of Sri Lankan experts.

SJB parliamentarian Mujibur Rahman disclosed in Parliament on Tuesday (03) that the government has cremated the bodies of nine Muslims who had succumbed to the deadly  coronavirus. He also warned of the potential consequences Minister Ali Sabry and himself would have to face for not following traditional Islamic burial practices.
Committee appointed by PM in April
As the death toll due to the COVID-19 pandemic increased in Sri Lanka, the cremation of a Muslim victim in Negombo, the second person to succumb to the virus in Sri Lanka, created quite a stir among all communities.

At a meeting of party leaders on April 2, a group of Muslim parliamentarians called for the appointment of a special committee comprising experts to provide a scientific recommendation with regard to adverse threats following the burial of a deceased infected by COVID-19.

Accordingly, Prime Minister Mahinda Rajapaksa had agreed to appoint a committee of experts to look into the possibility of burying the bodies of Muslims who and to submit recommendations as soon as possible.

Meanwhile, the Ceylon Thawheed Jama'aat said in a statement that they were "extremely grateful to the government, including President Gotabaya Rajapaksa, for understanding the sentiments of the Muslim community and allowing them to bury the bodies of Muslims."