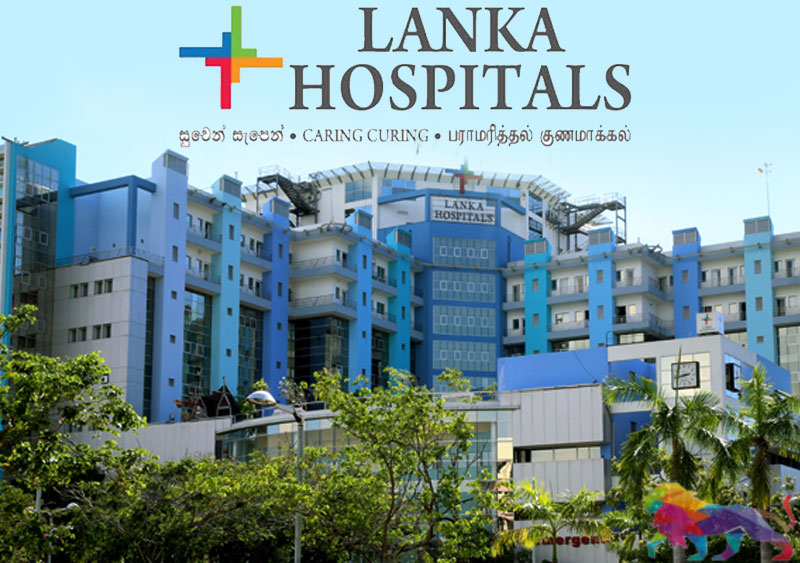 A brawl between two groups with regard to a business transaction had taken place on the 8th floor of 'Lanka Hospital' in Narahenpita yesterday (02), it is reported.
The businessmen involved in the altercation had exchanged blows inside the hospital premises which had caused quite a commotion and shocked many of the resident patients.

According to reports, the details of the incident are as follows.

Suresh Edirisinghe, a renowned businessman, had imported a 'Cadillac Escalade', a super luxury SUV, which he had subsequently sold to Purni Edwards, the wife of millionaire businessman Rienzie Edwards, for Rs. 50 million. (It is reported that there are only two such luxury SUVs in Sri Lanka and one of them is said to be owned by business tycoon Dhammika Perera).

When the vehicle purchased from Suresh Edirisinghe was directed to the Department of Motor Traffic (DMT) to be registered, the DMV officials had informed them that the vehicle could not be registered.

Accordingly, Purni Edward, who purchased the vehicle, has requested Suresh Edirisinghe to return the Rs. 50 million and take the vehicle back.

Since Suresh Edirisinghe had continued to evade and not made any payment, the Edwards had lodged a complaint with the Criminal Investigation Department (CID).

Further, the businessman who purchased the SUV had also pressured Suresh Edirisinghe through his friends.

Accordingly, a businessman with connections to the government who had intervened in the aforementioned matter had uncovered yesterday morning that Suresh Edirisinghe was at 'Lanka Hospital.'

Thereafter, the businessman affiliated to the government had arrived at the lobby on the 8th floor of the hospital yesterday together with a group including Rienze and Purni Edwards. They had pressured him to pay the money immediately and a row had taken place between the two groups, reports said.

Upon hearing the commotion, the employees of the hospital had come to the 8th floor and settled the dispute.

It is said that as soon as the altercation was reported, a government bigwig had admonished the parties concerned and had instructed them to resolve the dispute.

When contacted by theleader.lk, a person involved in the altercation said that the two parties involved had compromised and settled the dispute yesterday evening.

"This SUV is worth Rs. 80 million and Suresh agreed to pay Rs. 40 million. We are all friends. We had no intention of getting into a brawl when we went to meet Suresh. However, the dispute escalated due to some personal reasons. We have now resolved the issue," he added.