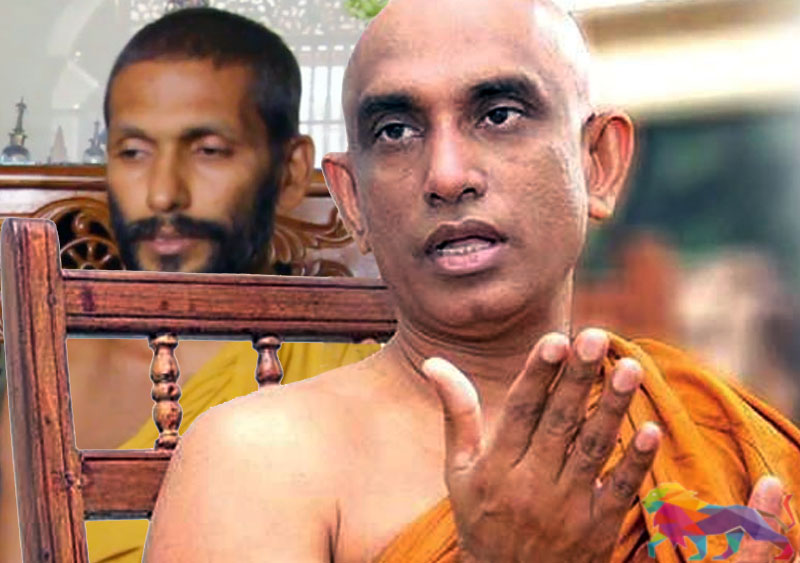 The former secretary of the Our Power of People Party (OPPP - Ape Jana Bala Pakshaya) Ven. Vedinagama Wimalatissa Thera has been abducted by a vehicle

Chandrasiri Thera further stated that Ven. Athuraliye Rathana Thera has abducted Ven. Vedinagama Wimalatissa Thera under the pretense of meeting the president.
A complaint lodged with the Anuradhapura Police

“As the electorate organiser of Anuradhapura East, I came to the Anuradhapura police station to lodge a complaint. Our secretary Thera has disappeared from party activities. I urge our secretary general not to go into hiding at this time. Come out and solve this problem. We associated you with great confidence. At the moment, the Ven. Thera is giving voice cuts and videos but is not seen at a particular place. The Thera says there are threats. However, the Thera does not explain where these threats originate from. That is also a real problem for us. As this Thera used to work in Anuradhapura, I have a suspicion whether he is still in Anuradhapura," Sharmini Weerasuriya said.
"A parliament seat is more valuable than the Sasana" - Mihintale Chief Incumbent

Meanwhile, commenting on the OPPP's crisis on naming its National List representative, the Chief Incumbent of the Mihintale Raja Maha Vihara, Ven. Walawahengunawewa Dhammarathana Nayake Thera said that they have accorded more importance to a parliamentary seat than the Sasana.

"From the beginning itself we said not to help monks through a vote. They didn't garner enough votes to win a single seat. They only managed to get one seat through the National List. So a fight is going on today as they are unable to share the solitary seat.
Now the parliamentary seat has been given more importance than the Sasana. I urge you to take this as an example and stop aiding monks in forthcoming elections and focus instead on aiding them according to Buddhist philosophy. That is how you show your respect to the country and the Sasana," Ven. Dhammarathana Thera said.