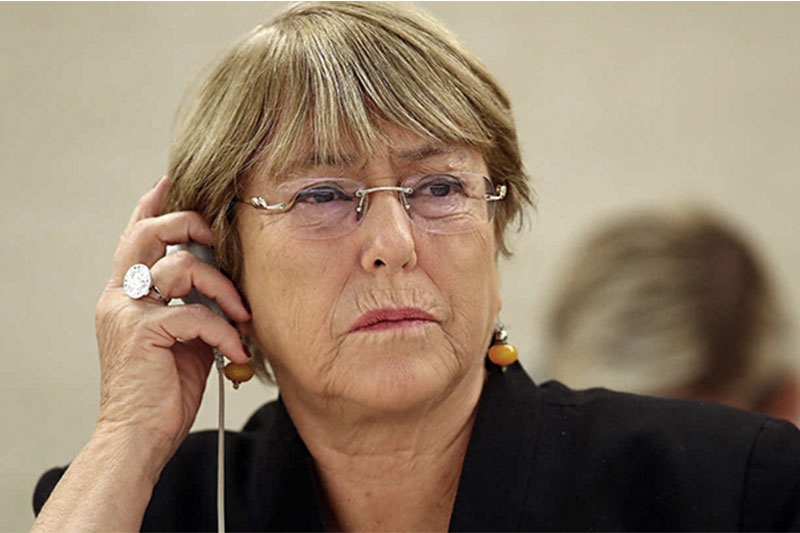 More than a hundred Tamils in Sri Lanka and the UK including those tortured by security forces this month, have written to the UN rights chief denouncing her report for being “heavily biased towards the government” and “erasing” victims from the record.

The letter from survivors in exile distressed by the UN Human Rights Commissioner Michelle Bachelet’s failure to acknowledge ongoing torture in Sri Lanka, have appealed her to visit them and see their tears and scars for herself.

One signatory from the north of Sri Lanka had been tortured in detention this month.

High Commissioner Michele Bachelet, herself a torture victim, delivered a special report on Promoting reconciliation, accountability and human rights in Sri Lanka to the 43rd session of the Commission in Geneva. Although she refers to torture in the ‘past’ twice in her report, torture at the hands of security forces during the last year has not been mentioned.

“Your report this week to the United Nations Human Rights Council [A/HRC/43/19] caused us great hurt and anguish; you erased us from the record,” 40 survivors said in a moving letter to the UN rights chief.

“Though you must know this is still happening in 2019 – we are the living proof – this year you didn’t mention it at all.”

“If by some chance you don’t believe us – which is very painful – please come and visit us and see our tears and our scars for yourself.”

In her report to the UN rights body in Geneva a year ago, High Commissioner Bachelet had highlighted ongoing gross violations.

“A preliminary assessment of the information received indicates that there are reasonable grounds to believe that accounts of unlawful abductions and detention and of torture, including incidents of sexual violence against men and women, are credible, and that such practices might be continuing in northern Sri Lanka.”

Relatives of the disappeared 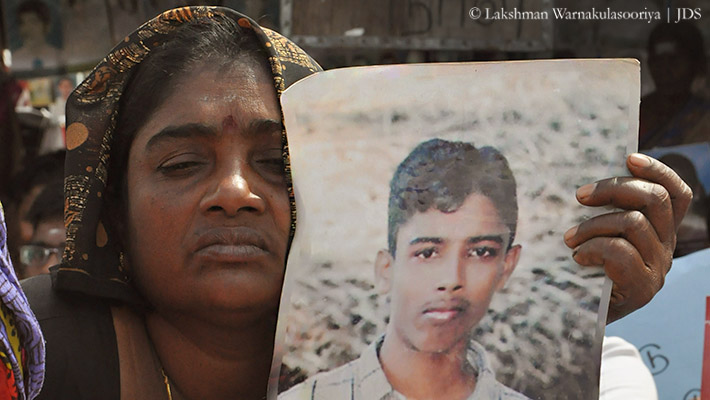 The failure of the High Commissioner to report this year about Tamils as victims of ongoing violations have deeply angered family members of the disappeared in northern Sri Lanka.

“Significantly, the report erases the Tamil identity of the victims of gross violations of human rights,” said a rather irate letter by 85 relatives of disappeared from the north calling the Commissioner’s attention to UN reports including the 2015 Investigation on Sri Lanka (OISL).

“The OISL report (2015, 1174) and the UN Panel of Experts (2011) clearly state that Tamils in the Vanni have faced persecution on ethnic grounds. Your report however only mentions Tamils in relation to the assassinated former Foreign Minister and the national anthem – not as a victim community who have been clamouring for justice at our peril”.

“You write that the Office of Missing Persons has undertaken “important initiatives”. We as the victim community would like to know what those are. Have they questioned Lt. Gen Shavendra Silva or General Jagath Jayasuriya over what happened to our family members who surrendered in their presence on 18 May 2009?”

The UN Human Rights Council is to discuss the High Commissioner’s report on Sri Lanka on 27 February.