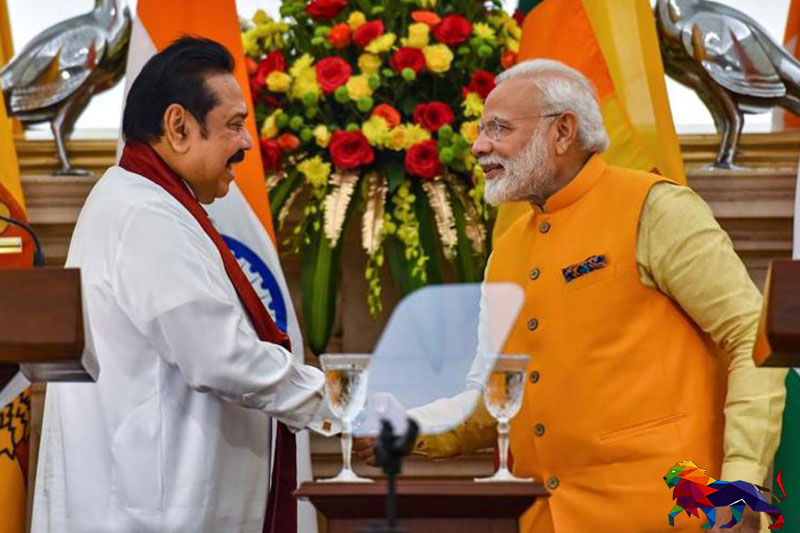 Prime Minister Mahinda Rajapaksa's public request from the Indian government to postpone the debt repayment due to India by three years would signal to the international
community that Sri Lanka is 'bankrupt' and that the country's economic management is very weak, financial experts warned.

The Prime Minister's request for a debt moratorium was highlighted during his interview with 'The Hindu' recently.

Premier Rajapaksa has expressed confidence that if India takes such a step, other countries, including China, would also agree to similar measures.

However, Rajapaksa has assured that he will manage the debt repayment and reiterated that under no circumstances would there be any defaults.

The biggest crisis Sri Lanka is facing today!
Speaking to the theleader.lk on the condition of anonymity, an eminent economist observed that although requests for moratorium on debt repayment by countries are not unusual during internal discussions carried out with the representatives of foreign countries and international financial institutes, this is the first time in the country's history that such a request has been made in public.

Sri Lanka's estimated total debt stock remained at 13 trillion rupees by the end of 2019.  Furthermore, on account of this debt stock, Sri Lanka has to pay staggering amounts in installments and interest annually.
According to projections of the International Monetary Fund (IMF), the debt to GDP ratio for 2020 will be around 91.4 percent.
The IMF has already been cautious about Sri Lanka's debt sustainability given the economic scenario that emerged after the new government's deep and immediate tax cuts that were implemented in late 2019.

Following the announcement of the tax cuts, two of the world's leading credit rating agencies downgraded their outlooks on the Sri Lankan economy in December 2019 and January 2020. These facts are indicative of the levels of risks and uncertainties faced by the country's economy.

Multilateral loans                  : LKR 1451.4 billion
Bilateral loans                      : LKR 1163.3 billion
Loans from financial markets : LKR 3344.8 billion
Of the total foreign debt stock, India's share is 2.8% while China's share is 12.2%. If measured from the country's total debt stock, these shares become very small.
Effect on rating agencies and international markets
Request for a moratorium on repayment of debt by countries are not uncommon. When there are serious external shocks resulting in sudden and fast depletion of foreign currency reserves within a very short period, there are only two ways to avert a complete collapse of the economy.
One way is to cut down expenditure (through the curtailment of imports etc). The other is to make a request for a moratorium on repayment of foreign debt until the country's economy is back on track.
However, when there is a request of the sorts in the news, there could be myriad of responses from multilateral agencies as well from financial markets both foreign and domestic.

For instance, the creditors of ISBs of international banks already having a portfolio with Sri Lanka would be worried about debt sustainability in the future. As a consequence, future transactions with Sri Lanka would be subjected to meticulous evaluation and often at the cost of higher interest rates coupled with more stringent conditions.

Bilaterally, countries which Sri Lanka maintains borrowing programmes with would also be concerned about difficulties of debt repayment.

Multilateral agencies such as the World Bank, IMF and the ADB would have a serious look at Sri Lanka's economic management and policies. They will request and in some instances exert pressure with regard to adjustments in policies and programmes in the way they see fit to get the economy back on a sound footing.

But it is clear that a public request for a debt moratorium by the Prime Minister of the country would be taken negatively in all markets everywhere.