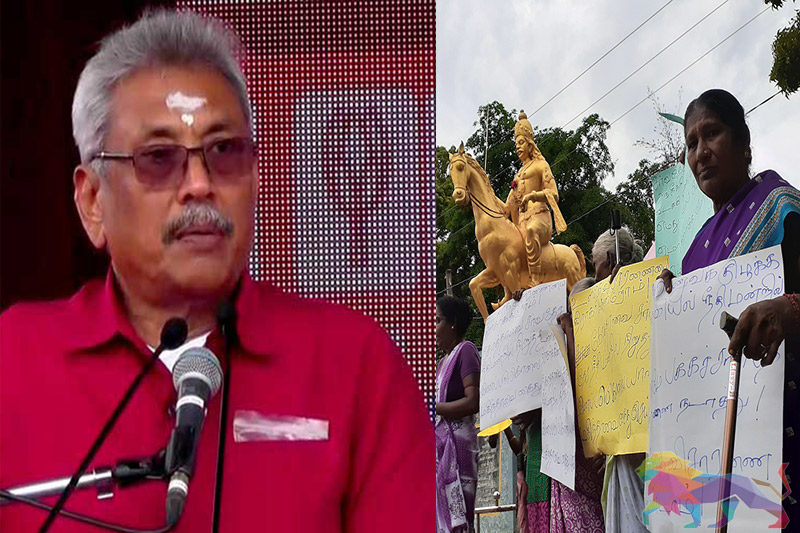 Protests were staged in Jaffna by families of the missing to coincide with former Defence Secretary and Sri Lanka Podujana Peramuna (SLPP) presidential candidate,

Families of the missing since the period of the war have continuously been demanding justice, which have fallen on deaf years.

Also, SLPP candidate Gotabaya’s visit to the North came as a surprise to many since a few months ago he refused to travel to the North when summoned by courts to appear for a case on the disappearance of two youths. At the time, Gotabaya cited security concerns as the reason for not traveling to the North since he played a vital role in defeating the separatist terrorists in the North.

However, Gotabaya yesterday made his way to the North to attend several rallies as part of his election campaign.

During his rallies, Gotabaya has appealed to the Tamils to place their faith in him.

Speaking at an election rally in Jaffna he has said that he has always kept his promises and will do so with regards to the promises he makes to the people of the North.

He has also urged the Tamil people to put aside the past and look to the future.

“My policy statement for this election looks at ensuring a prosperous future for the country. The proposals we have made are practical proposals,” Gotabaya has noted.

He has said that if elected President he will rehabilitate and free LTTE cadres currently in custody.

According to Gotabaya, his plan was to release most of the lands occupied by the military but that plan was cut short as there was a change of government in 2015.

The former Defence Secretary has added that steps will be taken to give employment to the youth in the North and also address their outstanding issues under a SLPP government. 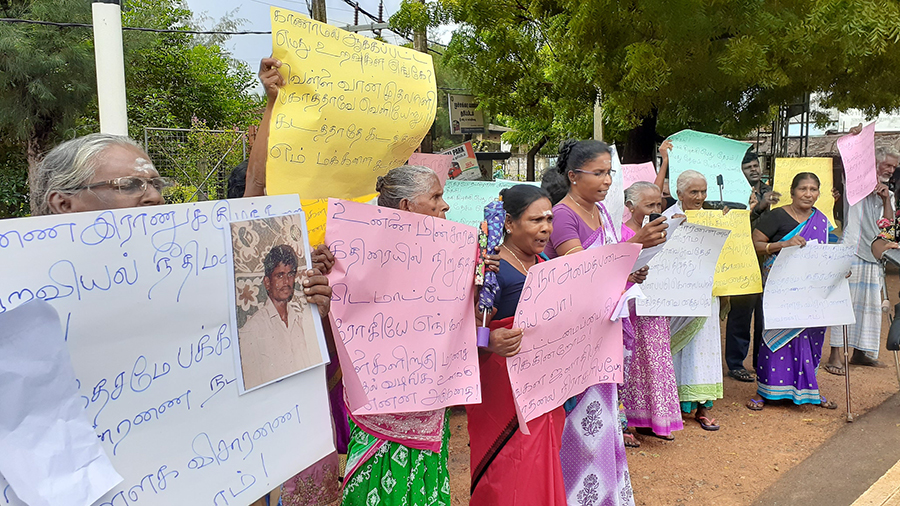