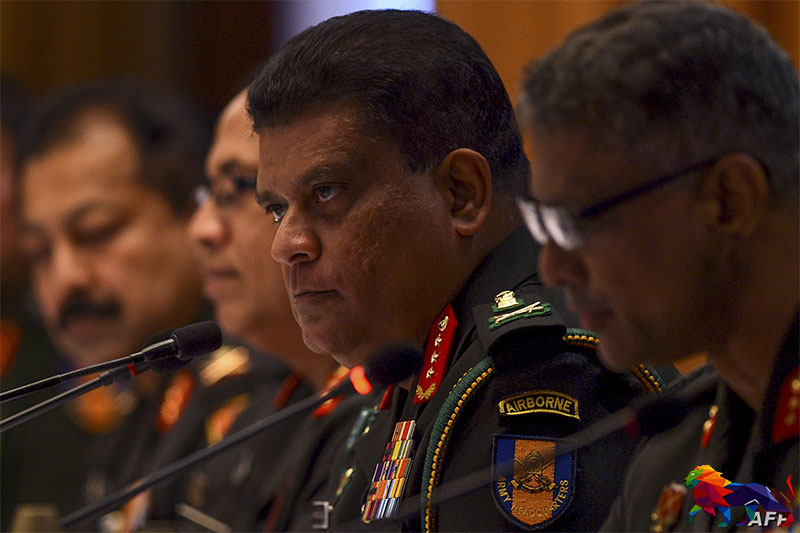 The UN peacekeeping department has decided to ban the deployment of non-essential Sri Lankan Army troops in UN peacekeeping missions citing the appointment of the new army commander who is alleged to have committed war crimes, the foreign media has reported.

A UN spokesperson has been quoted as confirming the story to the Foreign Policy News.

The report states that Lt. General Shavendra Silva’s appointment as the chief of the Sri Lankan Army elicited criticism from the UN, the United States, and the European Union.

The UN High Commissioner for the United Nations, Michelle Bachelet, announced last month that Silva’s appointment was “deeply troubling” given the “serious allegations of gross violations of international human rights and humanitarian law against him and his troops during the war.”

This week, a UN spokesperson has confirmed to Foreign Policy that it would ban new Sri Lankan units from deploying in UN missions unless their presence is vital for ensuring the missions’ security.

“A Sri Lankan Army unit and individual officers currently serving with UN Peacekeeping will thus be repatriated, beginning next month, in accordance with their rotation dates and will not be replaced by Sri Lankan personnel,” said Farhan Haq, the deputy spokesman for UN Secretary-General António Guterres.

He added the UN is “grateful” for Sri Lanka’s contribution of troops to six UN peacekeeping operations, but is troubled by Silva’s promotion.

“We have expressed our concern to the Government of Sri Lanka over the appointment of Lieutenant General Shavendra Silva to the position of Commander of the Sri Lanka Army, despite well-documented, credible allegations of his involvement in serious violations of international humanitarian and human rights law,” Haq said.
“In light of this appointment, the UN Department of Peace Operations is, therefore, suspending future Sri Lankan Army deployments except where the suspension would expose UN operations to serious operational risk,” he said.