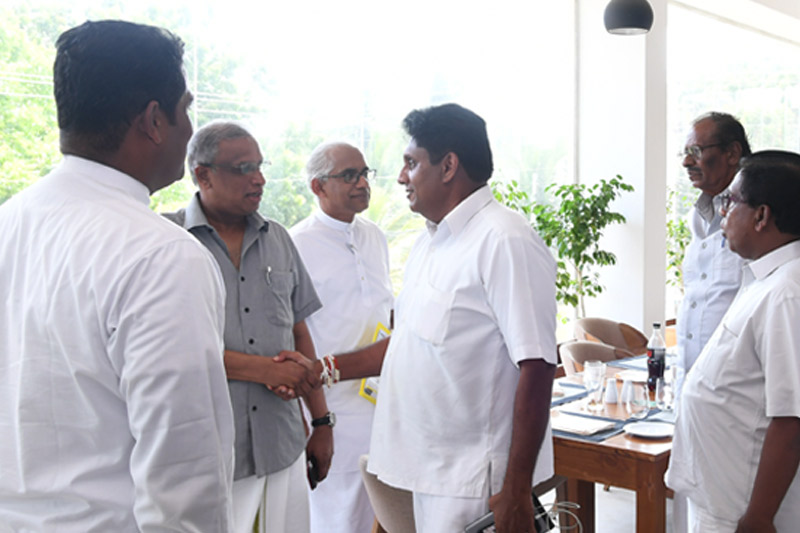 UNP Deputy Leader Sajith Premadasa who inaugurated the Enterprise Sri Lanka exhibition in Jaffna today (09) as it's Chief Guest received a warm welcome from the Tamil leaders of the North.

Premadasa was greeted by Minister of Finance, Mangala Samaraweera upon his arrival at the exhibition premises. After engaging in an observation tour of the exhibition, Premadasa met with several Tamil leaders of the Tamil National Alliance (TNA) including Mavai Senathirajah, M.A. Sumanthiran, Dharmalingam Siddarthan and Eswarapatham Saravanapavan as well as Jaffna Mayor Emmanuel Arnold for a friendly discussion and lunch which lasted for nearly three hours.

While the matters discussed during the meeting have not been reported, according to State Minister of Finance Eran Wickramaratne, who also attended the event, told theleader.lk that the meeting between Premadasa and the Northern politicians was extremely productive. 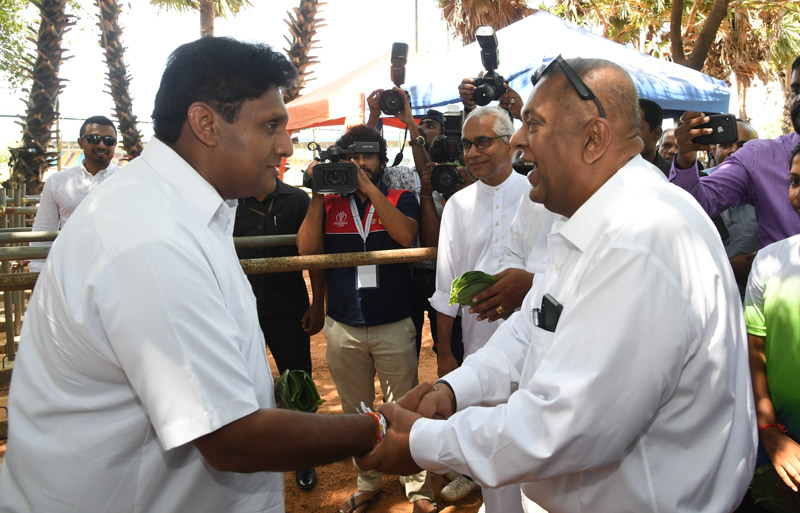 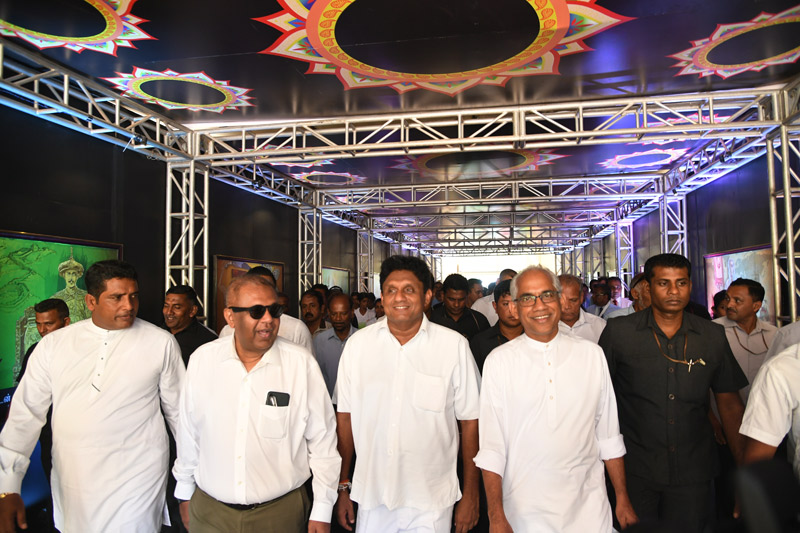 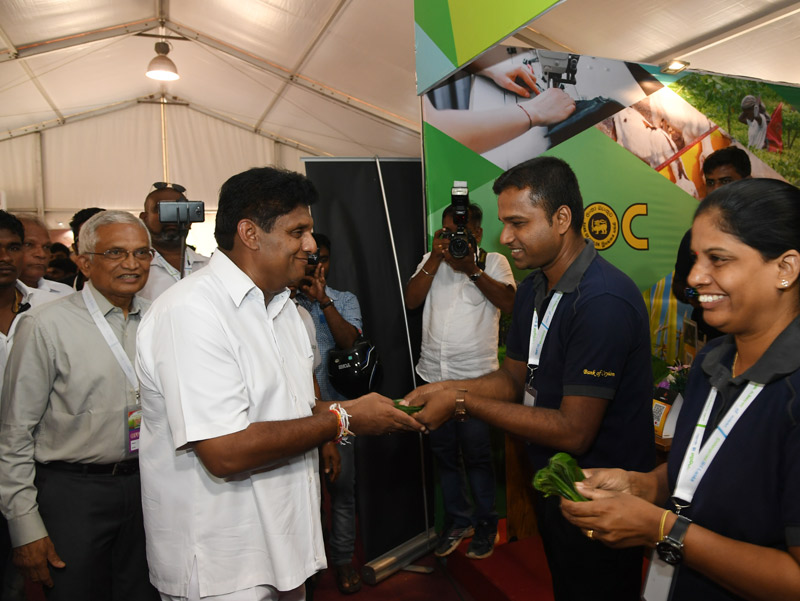 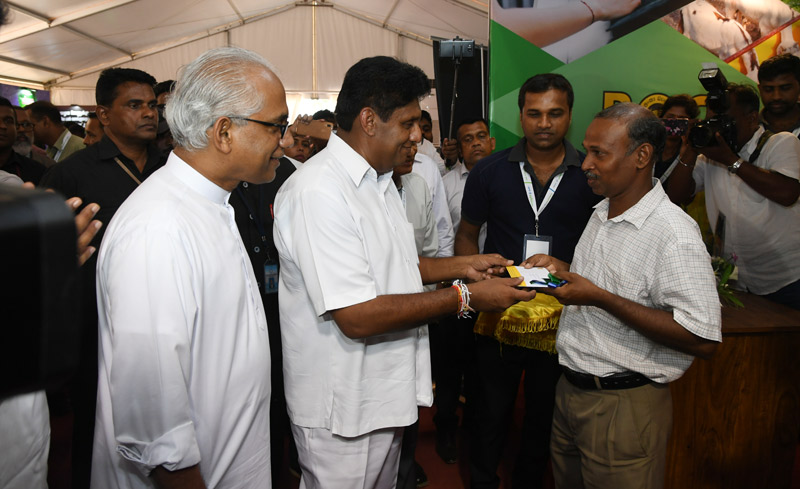 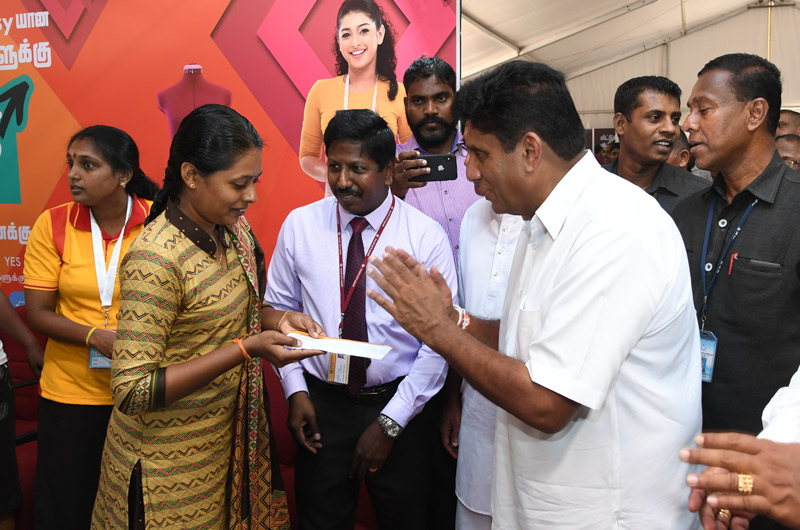 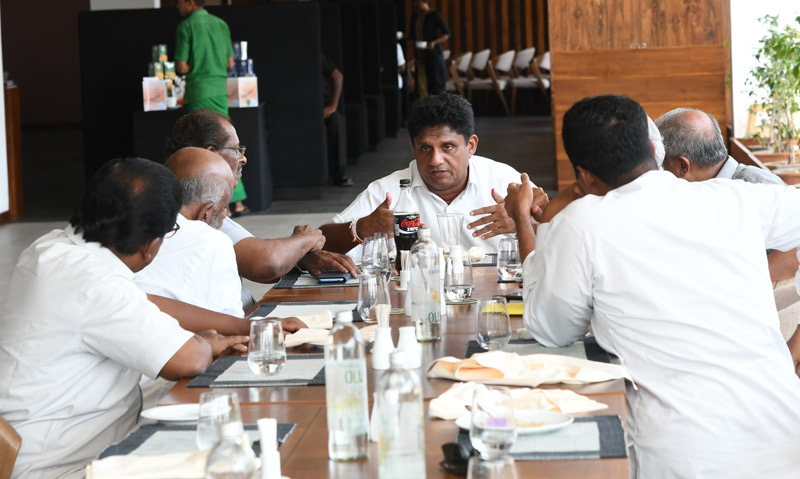 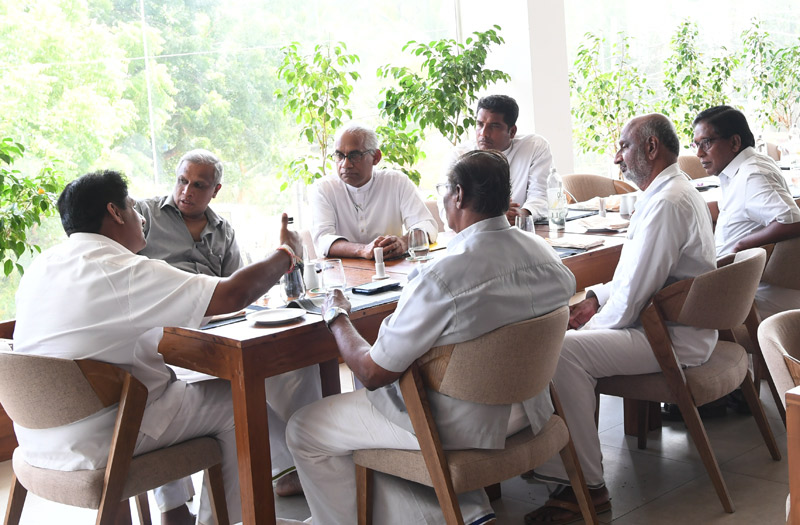 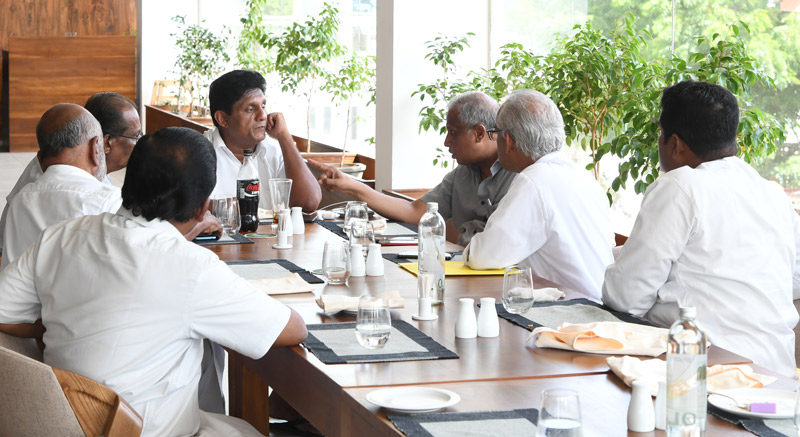 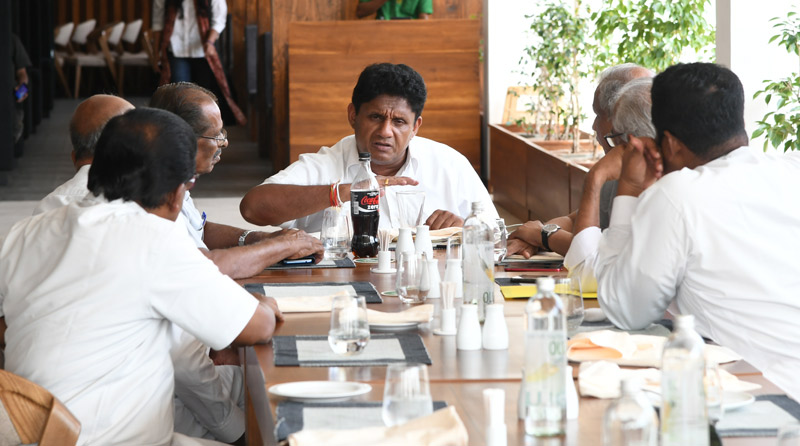