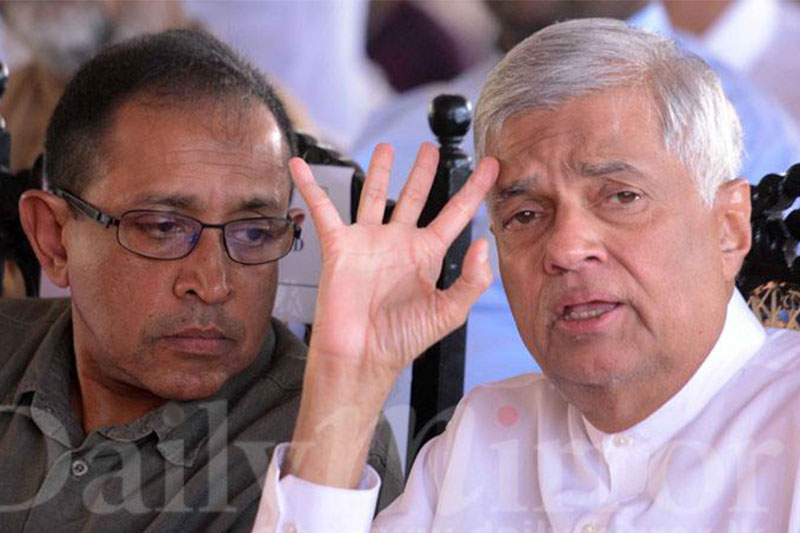 The clash was over the move by Wickremesinghe to remove a subject matter under Hashim and to re-assign it to Kiriella.

The President had however turned down the Prime Minister’s request and conveyed this to Kiriella and another party senior who had met the President last week.

Angered by the failure to carry out the plan, Kiriella has raised this matter at yesterday’s meeting and blamed Hashim for the failure to add another subject to his (Kiriella’s) portfolio.

“What right do you have to block this move,” Kiriella has asked.

This resulted in a verbal clash between the two ministers.

Kiriella has accused Hashim of letting down the party on four counts.

He has said Hashim was sworn in by the President as a minister despite instructions by the Prime Minister not to do so as he was known have underhand dealings with the President against the party.

“You were exposed by Minister Navin Dissanayake regarding your surreptitious meeting with Gotabaya. Then, you admitted it. I am ashamed to associate with people like you in the government,” Kiriella has charged, while also accusing him of conducting public rallies all over the country regardless of the party’s position.

“It is shameful that you do these things as the chairman of the party. You better resign from the party and do what you want,” Kiriella has said.

Meanwhile, Hashim has resisted the move to take the CPC away from him because he was the only Cabinet minister representing the Kegalle district.

“We do not have expressway projects leading to Kegalle. It is a poor district. I want to serve my people better,” he has said.

Wickremesinghe is now targeting the party ministers who are supportive of Premadasa.