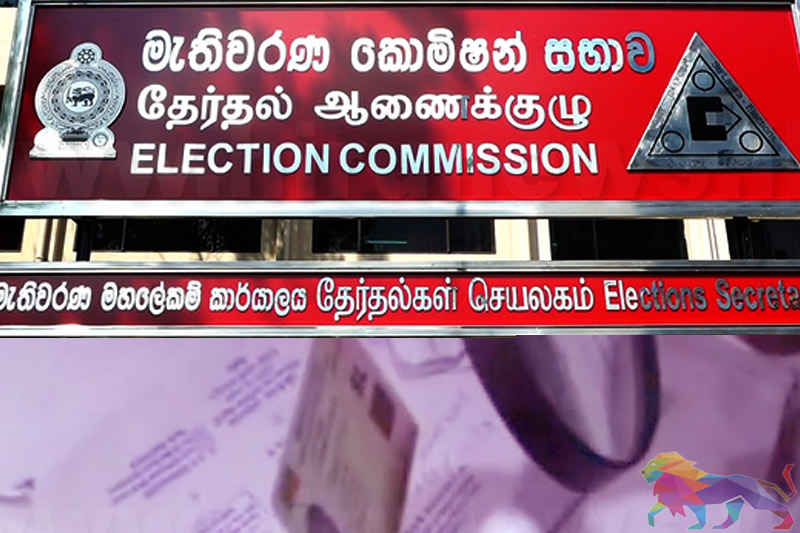 former Secretary of Defence Ministry, Gotabaya Rajapaksa have further compounded with the revelation that his name was included in the 2005 voter registry when he had become a US citizen in 2003.

However, the Elections Commission (EC) is to study today (19) a formal complaint lodged by a journalist pointing to the fact that several members of the Rajapaksa family who were not Sri Lankan citizens were registered to vote in the 2005 presidential election, according to extracts of the electoral register in the Mulkirigala Polling Division of that year.

This new revelation has opened up yet another legal battleground for Gotabaya, who is on trial for corruption and criminal misappropriation of public funds, and also facing fresh investigations into the legitimacy of his passports and Sri Lankan citizenship.

Journalist and Deputy Editor of the weekly Sinhala newspaper, Anidda, Lasantha Ruhunuge has lodged a formal complaint requesting the Elections Commission to investigate whether members of the Rajapaksa family had unlawfully been registered to vote in the 2005 presidential election.

The complainant has called on the Elections Commission to take action against the head of the household, investigate whether the individuals so listed had actually cast their ballots in that poll, and urges that if persons had cast votes without the right to do so, that action be taken against them.

Elections Commission Chairman Mahinda Deshapriya has told The Sunday Observer that the complaint had been received by all three members of the Commission last Wednesday (14), and would be taken up when the Commission next meets today (19).

An extract of the Mulkirigala Electoral Register, which features the name “Nandamithra Gotabaya Rajapaksa” among the electors in the Rajapaksa family home has now been published in the print media and social media.

Gotabaya had purportedly obtained his dual citizenship only on November 30, 2005, after Mahinda Rajapaksa was installed as president.

By his own admission in an affidavit filed in the Supreme Court, Gotabaya arrived in Sri Lanka in late 2005 to ‘assist’ his brother Mahinda’s presidential election campaign.

He had done so on a tourist visa, since at the time he was an American citizen.

After his brother became President on November 18, 2005, Gotabaya purportedly applied for and obtained dual citizenship

Rationalising its decision to lodge an official complaint, the Anidda newspaper’s editorial board has noted that manipulating or forging documentation is in itself a grave crime, since it paves the way for a multitude of other offences relating identity certification.

“The fact that false information had been entered into an electoral register is even more heinous when it has purportedly taken place in the household of the then Prime Minister who was also contesting for the presidency,” the newspaper has stated, adding that the complaint should be taken seriously.

“If no action is taken, a bad precedent will be set for elections to come,” it added.

The newspaper has observed that it would closely observe the action taken by the Elections Commission with regard to the complaint.

“This has happened in a household consisting of a former President, Speaker of Parliament and a former defence secretary who is also currently running for president, and therefore, it remains to be seen if the Commission will take action with regard to such a serious complaint made against Sri Lanka’s most powerful family,” Anidda newspaper has added.