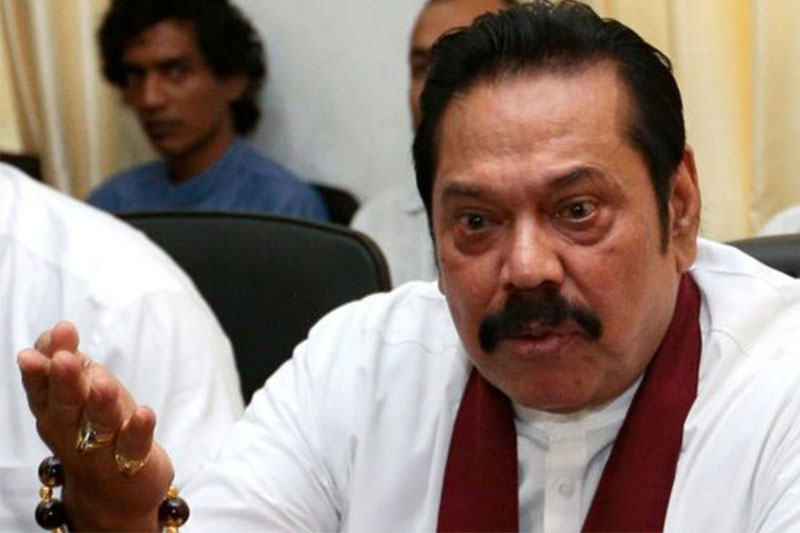 Speaker Karu Jayasuriya has intervened to cancel a meeting that was to take place between visiting UN Special Rapporteur on the Rights of Freedom of Association, Clement Nyaltessoi Voule and judges of Sri Lanka’s High Courts (HC).

The Speaker has intervened in the matter after concerns were raised in parliament yesterday by opposition parliamentarians.

Jayasuriya has informed Parliament that he had raised the issue with the Justice Ministry and Foreign Ministry.

The Speaker has further noted that he had intervened in the wake of a request made by Opposition Leader Mahinda Rajapaksa and a number of opposition MPs.

The issue was first raised in parliament yesterday (23) by opposition parliamentarian Dinesh Gunawardena.

Gunawardena has said it was an offence to allow a person without legal authority to influence the judiciary according to Section 111 (c) 1 of the Constitution.

He has further noted that Acting Additional Secretary of the Ministry of Foreign Affairs, Ahammed A Jaward, had requested the Secretary of the Ministry of Justice and Prison Reforms to coordinate arrangements for a meeting with the Justice Minister Thalatha Athukorala, Chief Justice and High Court Judges in Colombo, which is clearly an attempt to interfere with the Judiciary.

Meanwhile, former President and incumbent Opposition Leader Rajapaksa has said the UN rapporteur was to discuss the killing of Roshen Chanaka in 2011, the Welikada Prison riots in 2012 and the Ratupaswala incident.

“You have time to stop it before the meeting takes place. Please go ahead and do it. Allowing the rapporteur to question the judicial officers is an attempt to interfere with the judiciary,” he said.

All these incidents listed out by Rajapaksa took place during his regime.

The issue of freedom of expression has been a contentious issue in the country during the former Mahinda Rajapaksa regime.

However, the change of government in 2015 and the assumption of power by President Maithripala Sirisena and yahapalana government while guaranteeing civil liberties to a greater extent has now become quite controversial due to the selective enforcement of the International Covenant of Civil and Political Rights (ICCPR) Act.

The enforcement of the ICCPR Act has become a much debated topic due to the manner in which it has been applied.

The arrest of fiction writer Shakthika Sathkumara and a Muslim female from Hasalaka for wearing dress with prints of a ship wheel have created a social debate on the application of the ICCPR laws to curb civil liberties when in reality, the respective piece of law is tasked with ensuring and safeguarding civil and political rights.

Sakthika was arrested for a short piece of fictional writing where he had referred to alleged sexual abuse by Buddhist monks. The Muslim female from Hasalaka was arrested since the print of the ship wheel was misunderstood by the law enforcement authorities as a dharmachakra (a Buddhist symbol).

Shakthika, who was arrested on April 1st is still behind bars, with a senior female state counsel of the Attorney General’s Department canvassing for his indictment under the ICCPR Act.

The irony however, is that the law enforcement authorities have failed to take any action against the racist and extremist comments made by a senior monk of the Asgiri Chapter as well as the attacks on Muslims and their properties by extremist mobs.

Voule is in Sri Lanka from 18 to 26 July 2019 to assess rights to freedom of peaceful assembly and of association in the country.

During his visit, Voule will be traveling to various parts of the country including the North and East. The UN special rapporteur is also due to meet Government officials, representatives of the judiciary, legislature, media, and civil society.

The Special Rapporteur is to hold a press conference on the 26th of July, upon the conclusion of his visit. He will present a comprehensive report on his visit to the 44th session of the UN Human Rights Council (UNHRC) in June 2020.

However, the current developments in Sri Lanka in relation to freedom of speech and the misuse of ICCPR laws along with its selective enforcement will be taken up during discussions the UN official will be holding with civil rights and media activists in the next few days.