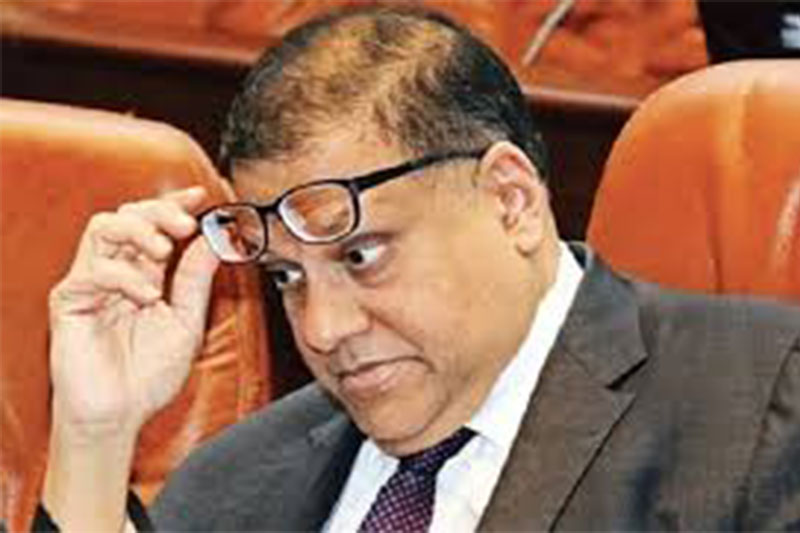 The Attorney General (AG) has been ordered by the Permanent High Court at Bar to submit an affidavit before August 9th citing grounds if any for the request made to issue an arrest warrant on former Governor of the Central Bank of Sri Lanka (CBSL) Arjuna Mahendran.

Mahendran is one of the key suspects in the Central Bank Treasury bond scam case.

Appearing on behalf of the AG, Additional Solicitor General Priyantha Nawana had requested the court to issue a warrant to produce Mahendran before court as summons cannot be handed over to him.

Following the request made by the Additional Solicitor General, Special High Court Judge Sampath Abeykoon has stated that certain requirements need to be fulfilled to issue a warrant for a defendant of a case at the earliest opportunity. The judge has made this statement citing Article 73 of the Criminal Procedure Code.

The bench of judges of the Special High Court has ordered the Additional Solicitor General to submit an affidavit citing the reasons for issuing a warrant to arrest the first defendant of the case.

However, the bench of judges has ordered to issue summons to the 10th defendant of the case, Ajahn Gardiye Punchihewa, who is currently living in Singapore and allegedly absconding the court.

Meanwhile, defence attorneys have requested court to issue English and Tamil translations of the indictments filed against Arjun Aloysius, Geoffrey Aloysius, Chitta Ranjan Hulugalle and Muthuraja Surendran citing that their mother tongue is not Sinhalese.

Additional Solicitor General Nawana has also informed court that he would submit the translations requested by the defence.