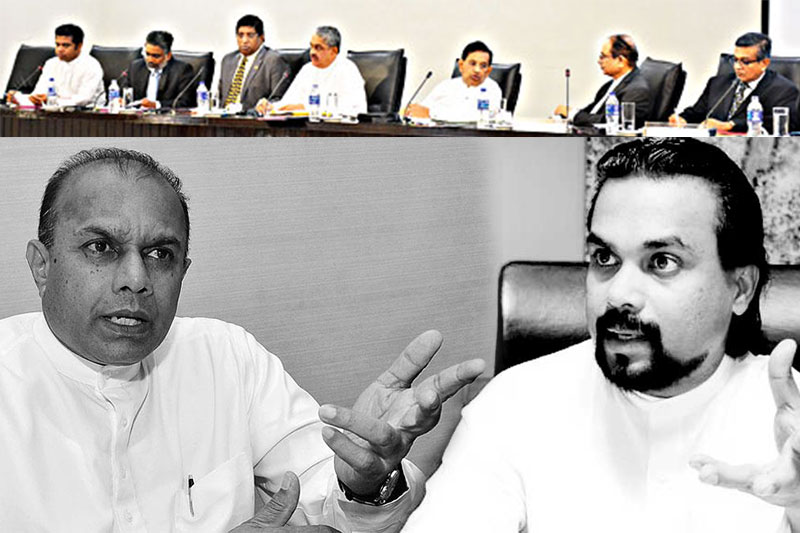 Parliamentarian Wimal Weerawansa has accused the government of bringing the never before seen State Intel Chief before a reality tv show like the comical Parliament Select Committee (PSC).
State Intelligence Service Chief, DIG Nilantha Jayawardene is to be called before the PSC probing into the Easter Sunday attacks on July 24. Weerawansa made these comments opposing this decision adding “Ranil Wickremesinghe and his troupe which carried out the Millennium City betrayal, imprisoned Intelligence Officials and destroyed Intelligence Operations, are now preparing to carry out a similar betrayal. They are preparing to call State Intelligence Chief DIG Nilantha Jayawardene before this comical committee hearing."
“When you bring someone who is tasked with the country’s security and who has been living a somewhat semi-secret life and not seen publicly before this reality show and question him what happens next? You expose him to the whole world and not only before the country.”
According to Weerawansa, this is an attempt by traitors to destroy the country’s intelligence services and is making way for more terror attacks to happen in the country.
“This PSC is causing more damage to national security than the attack carried out by Zahran,” he added. The MP also said there are attempts to publicize his identity on websites prior to the date. “This is a traitorous government,” he accused.
PSC Chairman makes an assurance!
However, PSC Chairman and Deputy Speaker Ananda Kumarasiri has assured he will not allow for photographs of Intelligence Operatives coming before the PSC. He made this statement at an event held in Sevanagala recently.
"In the PSC sittings to be held soon, we hope to call for a few officers. However, their identities cannot be revealed under any circumstance. We have assured them that their privacy will be protected. Not even a photograph will be allowed," he added.