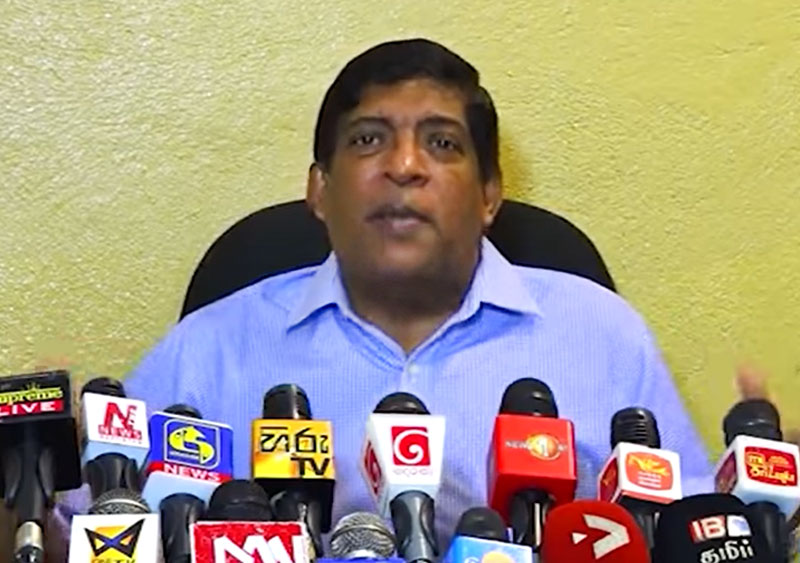 Describing the PAYE as being impractical, former finance minister Ravi Karunanayake has urged the government to reconsider the tax.

He said the government’s projected earning of Rs. 100 billion from the PAYE is impractical and senseless.

“What’s the point of having such tax expectation when people can’t actually pay?,” Karunanayake asked during a media briefing in Colombo.

“In 2019, Rs. 19 billion was earned from PAYE tax while Rs. 24 billion in 2020 and Rs. 32 billion in 2021 were earned. Now it is estimated to be Rs. 100 billion in 2023. If you know from the beginning that this is not achievable, there is no point in enforcing such a tax. If a white person comes and says to increase this from 10 to 25 per cent, our government officials should have the courage to say that this cannot be done.

“How much pressure does it put on an ordinary working person? Although his income has increased, his ability to pay or purchasing power has decreased rapidly due to inflation and taxes.

“Therefore, I request the government to please reconsider the PAYE tax.”

“There are 8 million in the private sector. They don’t get a cent from this tax. Does the public service contribute to the development of the country? I say these things because I have love for this country.”

Karunanayake also said the IMF’s proposals should be implemented while safeguarding local values only and insisted the Central Bank of Sri Lanka (CBSL) should think creatively and find sources of income without pressuring the people.

“I find this as a major problem and point my finger at the government also for watching silently. This crisis is not something that happened overnight. We can only come out from this only by thinking differently when proceeding. These people are talking about an independent administration. Didn’t we go through 74 years of independent administration? Where has it gone now? Is the country bankrupt today because of the governments? No. The financial control is with the Central Bank.”