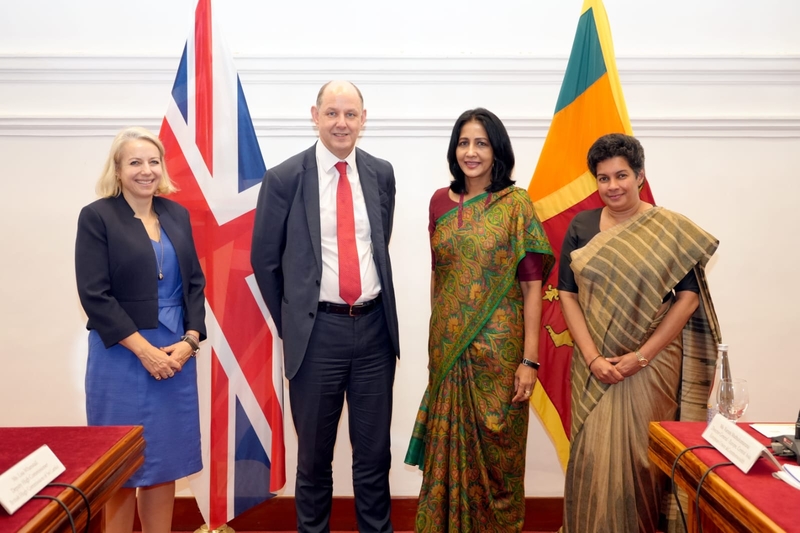 Secretary of the Ministry of Foreign Affairs Aruni Wijewardane and Permanent Under Secretary of the Foreign, Commonwealth and Development Office (FCDO) of the United Kingdom Sir Philip Barton held discussions at the Foreign Ministry in Colombo on Tuesday (17).

In view of the priority placed by Sri Lanka on economic recovery and growth, Foreign Secretary highlighted the significance of Sri Lanka’s economic partnership with the UK, under the Developing Countries Trading Scheme (DCTS) which provides duty free access to the UK market, as well as in other sectors such as enhancing UK’s contribution to Sri Lanka’s tourism and skilled labour migration.

The two sides appreciated the potential to further expand trade and investment ties, including reaction to climate change objectives, and in achieving Sri Lanka’s target of achieving 70% renewable energy by 2030. 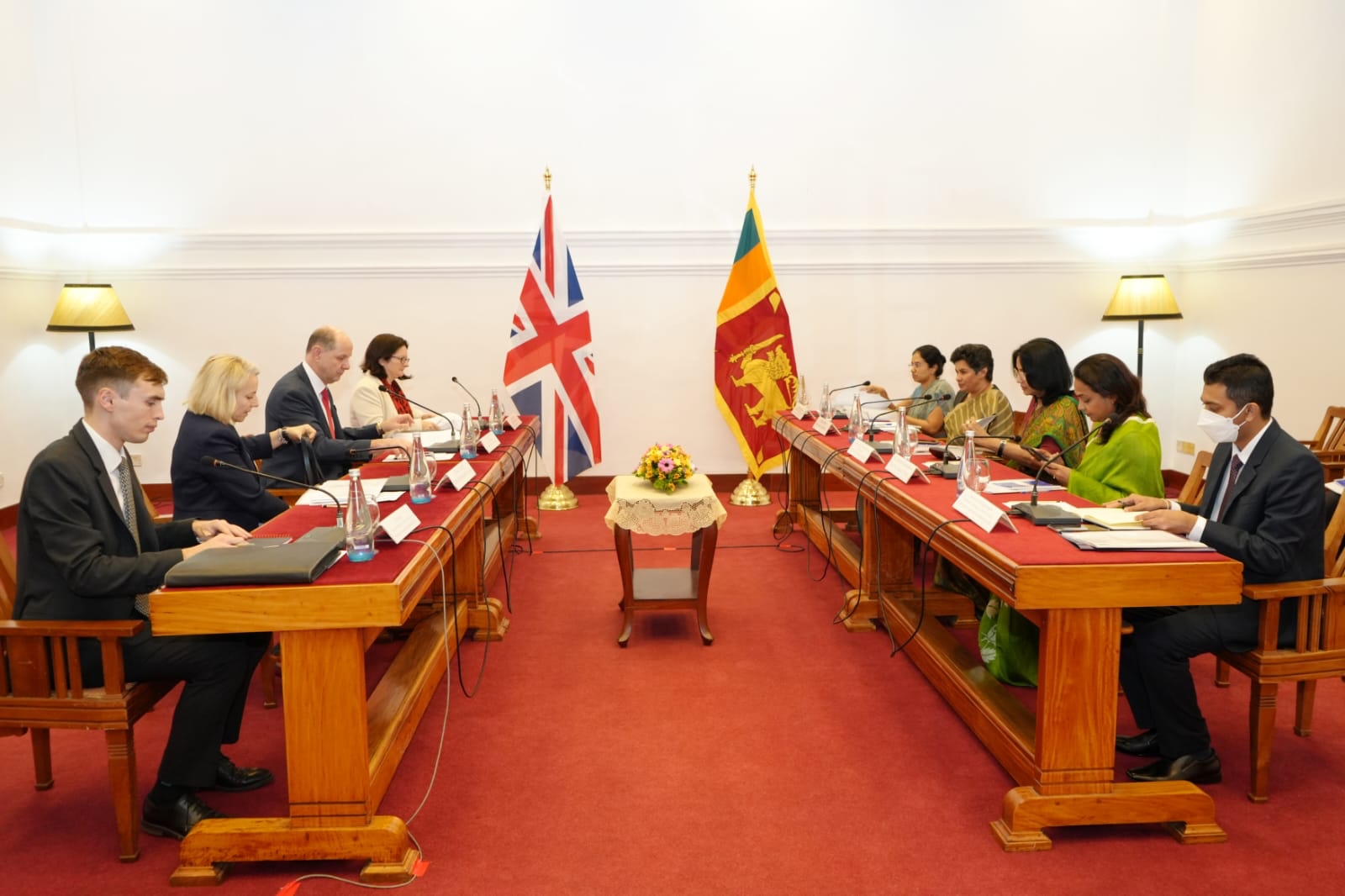 Both sides reiterated their mutual interest to initiate a Sri Lanka – UK Dialogue in the first quarter of 2023, with a view to elevating the existing multifaceted engagement and to work towards achieving tangible results through a result-oriented approach on several areas of mutually beneficial cooperation.

It was agreed to commemorate the 75th anniversary of UK-Sri Lanka diplomatic relations this year in a manner reflective of the long standing relations in a forward-looking and result-oriented manner.

In an exchange of views on regional and international developments, Foreign Secretary Wijewardena briefed the Permanent Under Secretary on Sri Lanka’s policy priorities in Indian Ocean engagement, as well as the country’s assumption of the Chair of the Indian Ocean Rim Association (IORA) this year.

During the visit, the Permanent Under Secretary Sir Barton called on the Minister of Foreign Affairs Ali Sabry, the State Minister of Finance Shehan Semasinghe and the Chief of Staff to the President Sagala Ratnayaka. Sir Philip Barton was accompanied by the British High Commissioner Sarah Hulton and officials of the British High Commission and the UK FCDO. Senior officials of the Foreign Ministry also participated in the meeting.