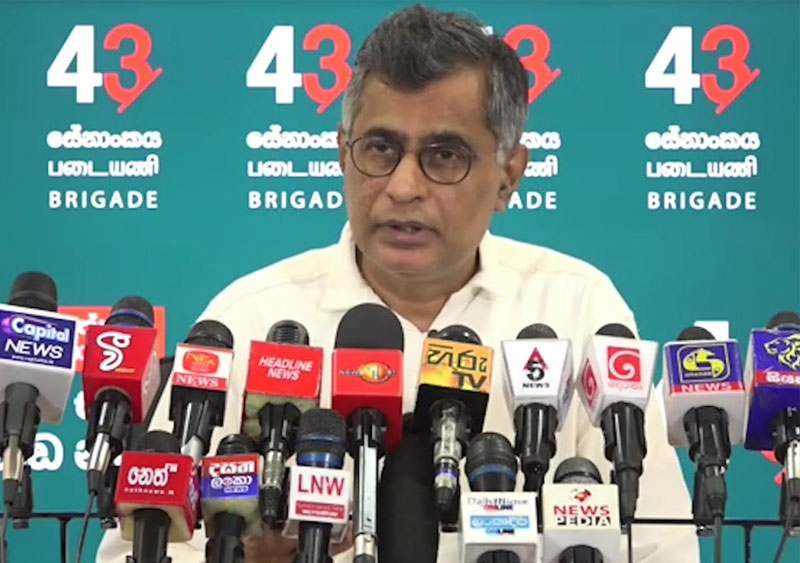 The leader of the 43rd Brigade Patali Champika Ranawaka says that neither the Ministry of Power and Energy nor the Cabinet have the power to increase electricity tariffs according to the Electricity Act and the Public Utilities Commission Act.

Speaking at a press conference held yesterday (10), he noted that electricity rates cannot be increased retroactively and the Public Utilities Commission of Sri Lanka (PUCSL) has the full authority in such affairs, adding that the enforcement of a price increase in electricity bills retroactively from 01 January as Cabinet spokesperson Bandula Gunawardena claimed is against the constitution and the law.

Ranawaka also pointed out that the proposed electricity tariff hike will gravely affect the poorest segments of the society. He said that under the revised electricity charges, those who consume less than 60 units a month will see their charges increase by a staggering 220 percent. At the same time, he observed that those who consume more than 1000 units a month will only see a price increase of 4 percent.

Recalling that an electricity crisis was instrumental in the collapse of administrations led by former presidents Gotabaya Rajapaksa and Chandrika Bandaranaike, he warned the incumbent government to avoid such a situation at all costs.