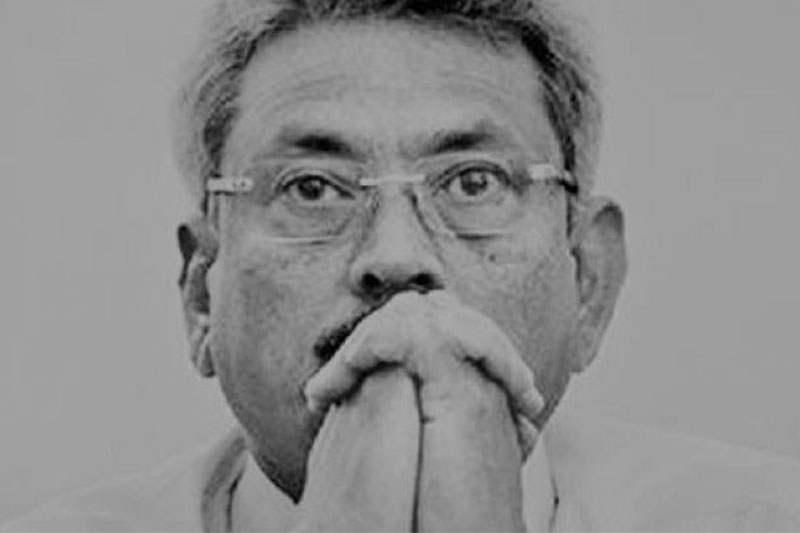 Former Defence Secretary Gotabhaya Rajapaksa has made several arguments as to why the case filed against him by Ms. Ahimsa Wickrematunge in the United States (US) should be dismissed which include the claim that he was no longer a US citizen and that he could claim diplomatic immunity since the actions in question were during his tenure as Sri Lanka’s Defence Secretary.

Ahimsa Wickrematunge, who is the daughter of the slain editor of The Sunday Leader, Lasantha Wickrematunge, filed a case in the US to hold Rajapaksa responsible for her father’s murder on January 8, 2009. The case was filed before the US District Court for the Central District of California.

Rajapaksa has stated that he had filed papers at the US Embassy in Colombo to renounce his American citizenship on April 17, 2019 and that he will be contesting as a candidate in presidential elections in Sri Lanka later this year.

He has also stated that since the actions alleged in the lawsuit were purportedly done in his official capacity as Sri Lanka’s Defence Secretary, he can seek immunity from suit as a foreign official.

He has stated that the US District Court for the Central District of California has a very large caseload and that this case would add to that burden. The motion to dismiss the case has also claimed that Rajapaksa is no longer a US citizen, as of April 17, 2019 and that therefore the matters in the case have no connection to the US.

Rajapaksa has stated that the documents and other evidence are all in Sri Lanka and that it would be very costly and difficult for that evidence to be gotten down to the US, especially due to national security considerations in Sri Lanka.

Counsel for Rajapaksa have also stated that having the trial in the US would make it very difficult for the witnesses that Ahimsa intends to call, and that it would be easier for them in Sri Lanka as how recent developments bolster the idea that the Sri Lankan Judiciary is capable of providing the Plaintiff with redress and new reports by international monitoring organizations commend the country’s fair and independent judiciary and that the US Department of Justice has noted that Sri Lankan “law provides for an independent Judiciary, and the government generally respect[s] judicial independence and impartiality.”

Meanwhile, a declaration supporting Rajapaksa’s effort to dismiss the case was filed by former Chief Justice Asoka de Silva, who headed the Supreme Court from June 2009 until May 2011, the period covering most of the investigations into the Wickrematunge assassination that took place during the Rajapaksa regime.

“I submit this declaration at the request of counsel for Defendant Gotabaya Rajapaksa in support of his motion to dismiss this action,” the filing by the former Chief Justice Asoka de Silva has stated.

In his submission, de Silva has stated that he had fully reviewed the complaint filed by Ahimsa Wickrematunge against the Defendant and based on his review of the Complaint and his knowledge of Sri Lankan Law, a remedy would be available from the courts of Sri Lanka as the Sri Lankan Judiciary is an impartial and independent body.

It has further stated, “Assuming that all allegations contained in the Complaint are true and correct, Sri Lankan courts would have jurisdiction over the types of claims brought by the Plaintiff against the Defendant.” Gotabaya Rajapaksa's lawyers had made these observations in the response filed in the US court on June 27.