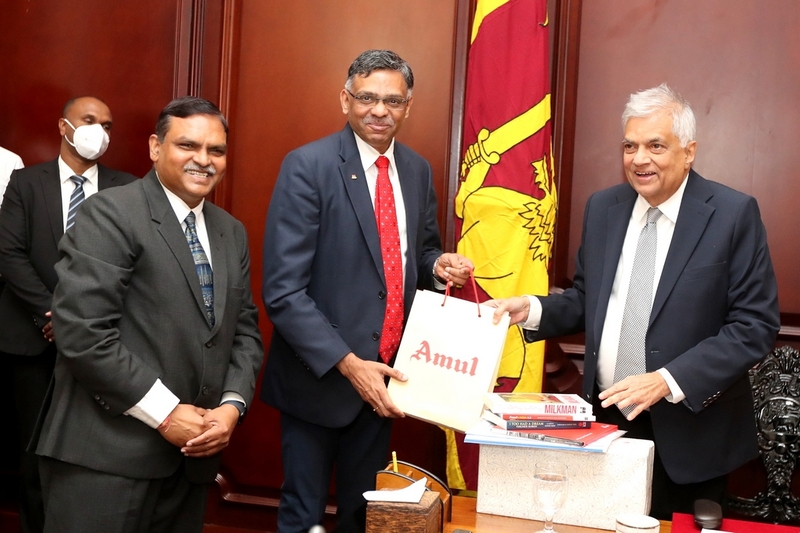 A discussion focused on raising national milk production and providing necessary technical support to the production of liquid milk in Sri Lanka together with the National Dairy Development Board (NDDB) of India and Amul Milk Company was held between President Ranil Wickremesinghe and a delegation led by Indian High Commissioner Gopal Baglay at the Presidential Secretariat today (04).

The President had already appointed a committee consisting of representatives of the public and private sectors to work with the multidisciplinary team of the National Dairy Development Board of India to prepare a short, medium and long-term plan for the development of the dairy sector in the country aimed at preventing the decline in milk production and dependence on imported milk in Sri Lanka. 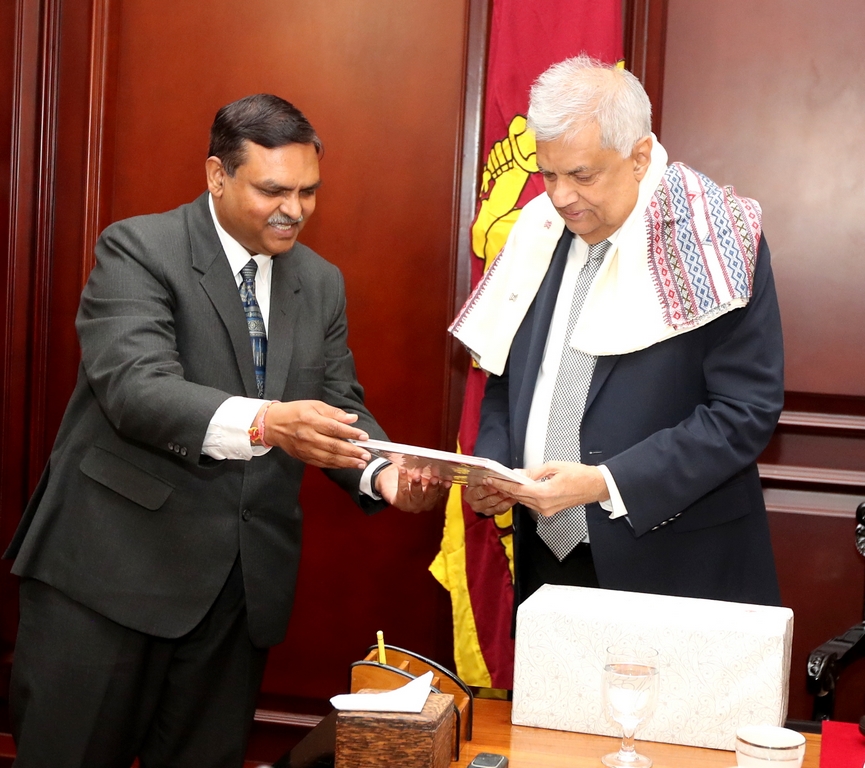