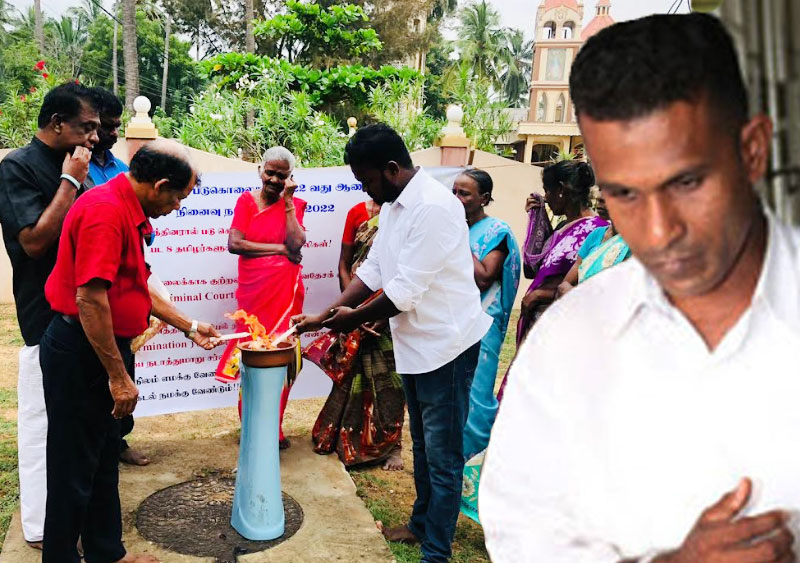 Relatives and friends have remembered eight Tamil civilians murdered at Mirusuvil in Jaffna 22 years ago.

Sunil Rathnayake, the Army soldier who was the only person to have been convicted of the killings and sentenced to death, was pardoned by Gotabaya Rajapaksa.

Former MP M.K. Sivajilingam and the chairman of Chavakachcheri Pradeshiya Sabha too, attended the remembrance event in front of the Mirusuvil church yesterday (20).

R.M. Sunil Ratnayake of the Gajaba Regiment was sentenced to death by a high court, a ruling upheld by a five-member Supreme Court panel.

However, he was pardoned by Rajapaksa in March 2020, which came in for strong criticism by the United Nations and other international agencies as well as 22 local organizations. 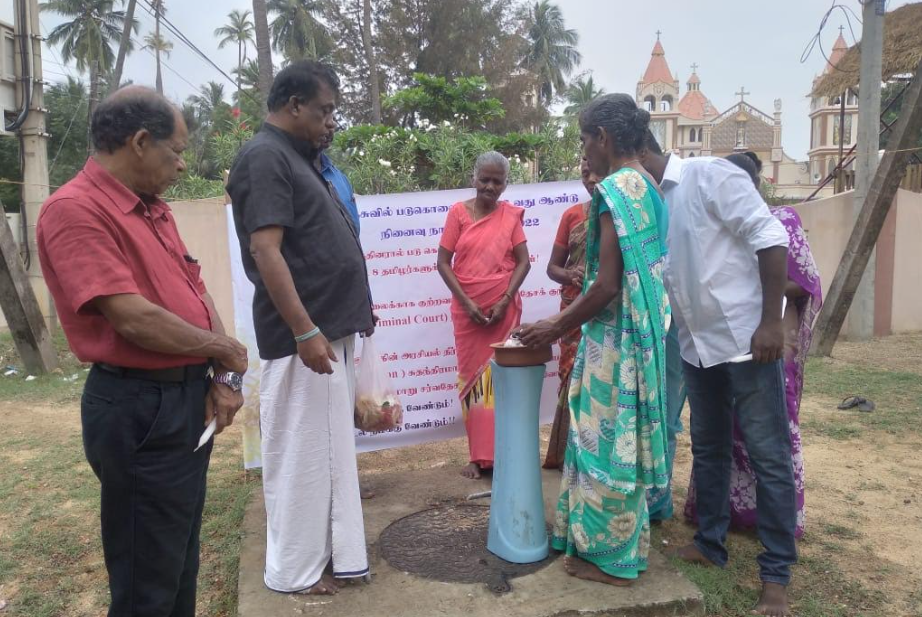