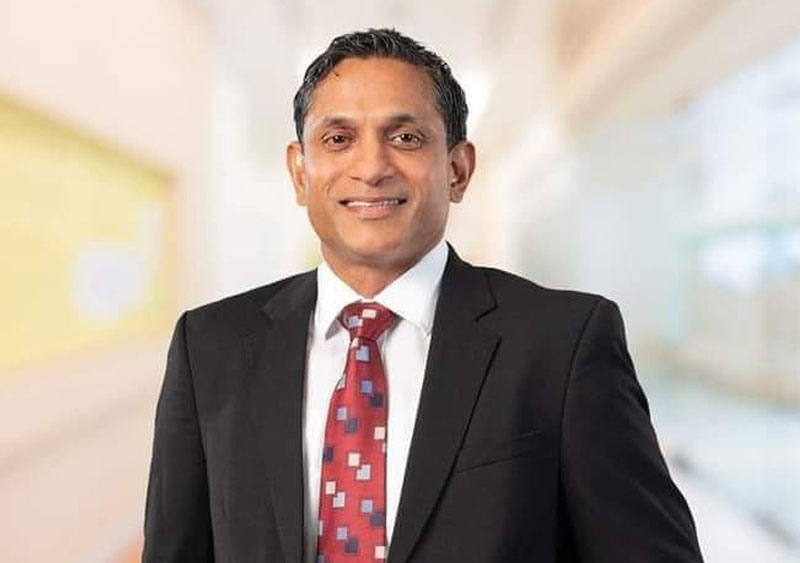 Former cricket commentator Brian Thomas has been imposed with a foreign travel ban in connection with investigations into the killing of leading businessman Dinesh Schaffter.

Colombo additional magistrate Harshana Kekunawala yesterday (16) issued the order on a submission made by Borella police.

The chairman of Janashakthi Insurance, aged 51, had left his Cinnamon Gardens home around 1.30 pm on December 15 to meet a person who owed him money, his wife Tarni has told the police.

She had taken a call a little while later, but found his mobile phone switched off.

Tracking him via GPS, she found that Dinesh was located near the Borella Cemetery and sent an officer of the Janashakthi Group there to make inquiries.

The officer found his chairman on the driver’s seat, with his hands tied together and a wire across his neck.

Dinesh was rushed to Colombo National Hospital around 5.15 pm, where he died hours later at its ICU.

Dinesh had lodged three complaints to the CID against Thomas over an unreturned loan of nearly Rs. 04 billion three years ago.

The postmortem examination has returned strangulation as the cause of death.

Investigators have obtained statements from his wife, the Janashakthi officer who found him at the cemetery and several cemetery workers.

CCTV footage, Dinesh’s mobile phone and the digital system of his car are being used in the probe.

A top police official said they believed an organized group of persons had committed the crime at the cemetery.

The meeting was called to discuss the probe into the Schaffter’s killing and steps taken against the drug menace. Meanwhile, a brother of the slain businessman has requested the media and the public to respect the family’s feelings and privacy and wait for the accurate facts to be established.

A message posted by Ramesh Schaffter on twitter is as follows: 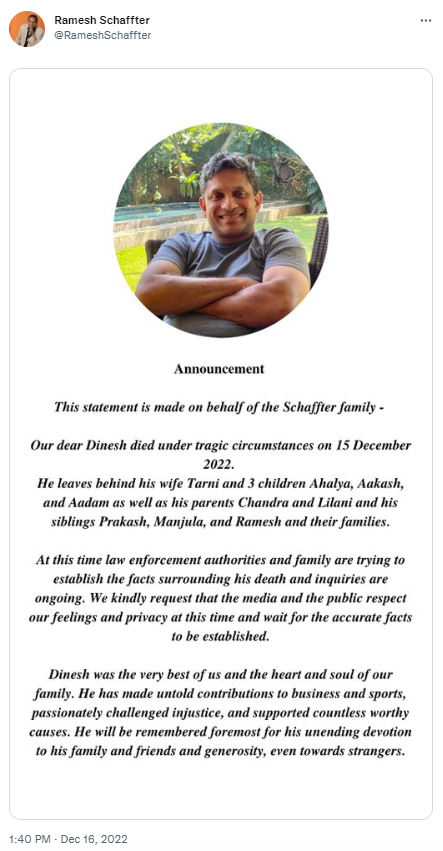