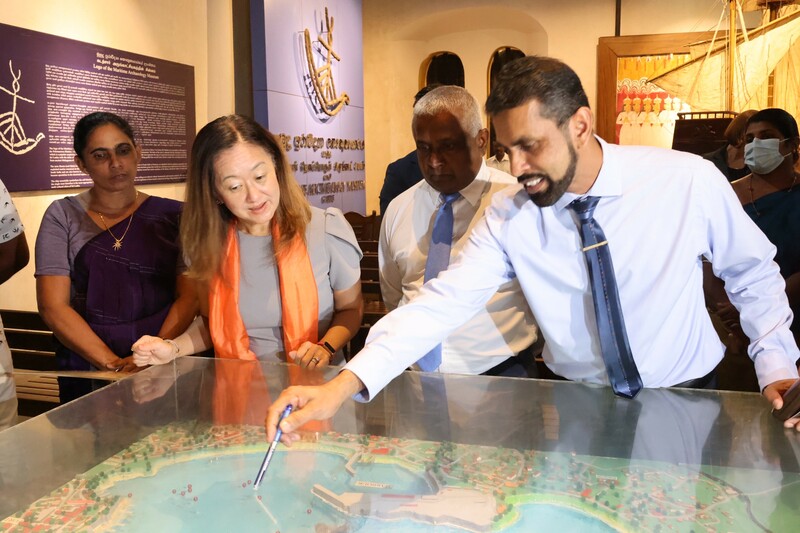 On December 13, U.S. Ambassador Julie Chung, Secretary to the Ministry of Buddhasasana, Religious and Cultural Affairs Somaratne Vidanapathirana, Director General of Central Cultural Fund Professor Gamini Ranasinghe, and Senior Archaeology Officer Rasika Muthucumarana celebrated the announcement of a U.S. grant of USD 82,192 to document and conserve the Godawaya shipwreck and its artifacts.

“By documenting the important role that Sri Lanka has played as a hub for the Indo-Pacific region’s travelers and traders from its earliest days, the United States hopes to help preserve and promote Sri Lanka’s magnificent cultural heritage,” Ambassador Chung stated at the ceremony inside the Maritime Archeological Museum inside the Dutch Fort.

The Godawaya, originally discovered by two Sri Lankan divers, is the oldest known shipwreck in the Asia-Pacific region and one of the oldest sunken vessels to be discovered in the world.

Located near Hambantota port, it includes a mound of corroded metal bars and a scattering of other ancient cargo, including glass ingots and pottery.

The documentation and conservation funded through the grant will be undertaken by the Central Cultural Fund’s Maritime Archeology Unit. Documentation of the site and engagement with U.S. experts on Indo-Pacific trade routes and shipwrecks will increase global understanding trade in the Indo-Pacific and especially Sri Lanka’s role in this rich history.

The recording of the internationally recognized site and preservation of objects already exposed on the seabed floor will be shared with Sri Lankan scholars as well as secondary and university-aged students by the Maritime Archeology Unit’s Galle and Colombo lab.

Once the project has been completed, artifacts will also be on display to the public in the Maritime Archeological Museum in Galle. 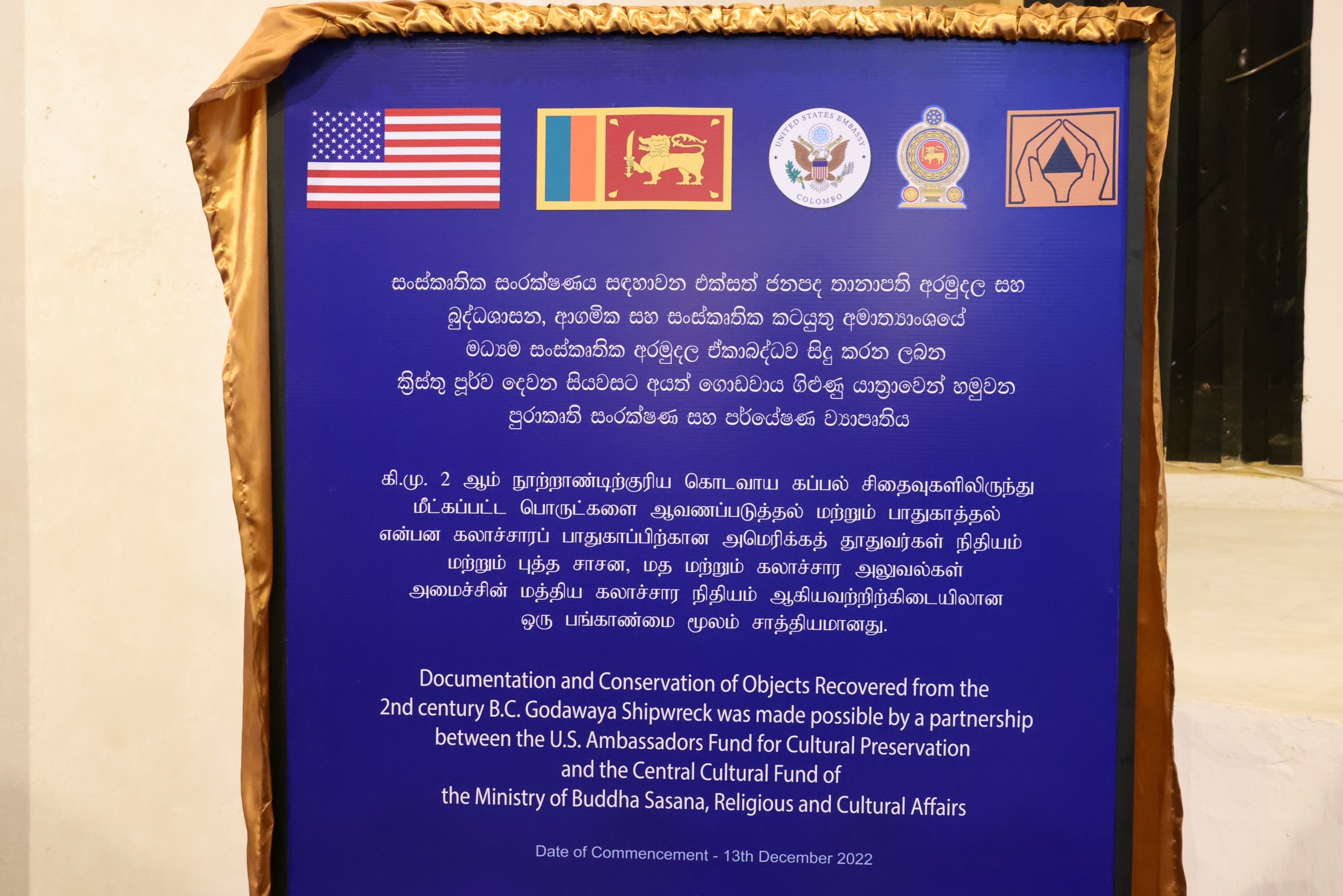