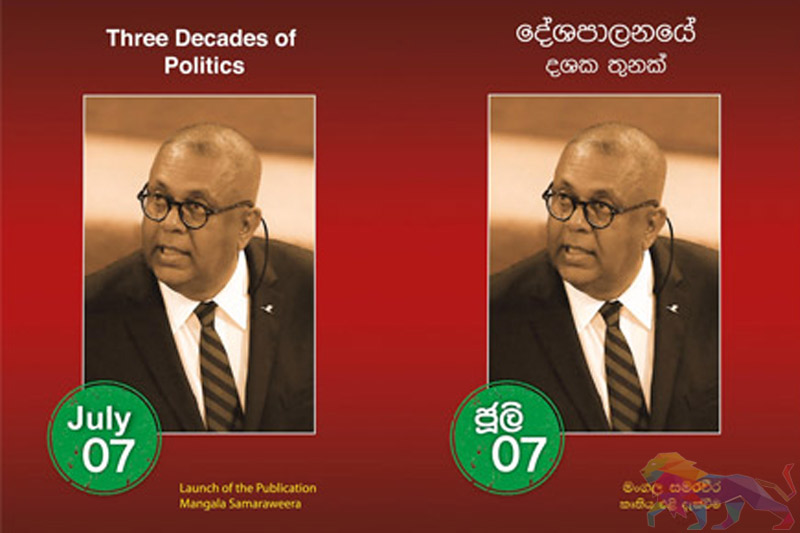 The political biography of Minister Mangala Samaraweera covering his political career spanning three decades will be launched at 3.00 pm on July 7 at thhe Rabindranath Tagore Auditorium at the University of Ruhuna.

The book has been compiled by veteran writer Nihal Jagathchandra based on the Minister’s life. 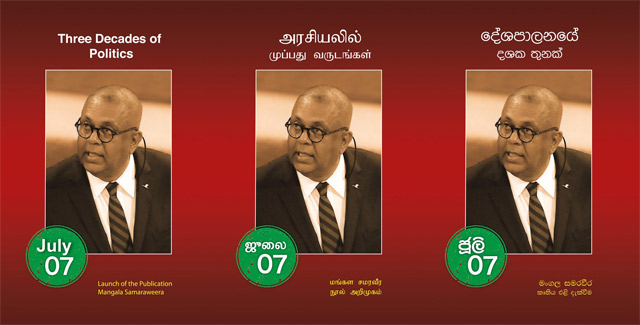 The keynote address will be delivered by veteran political critic and journalist Victor Ivan centered on the theme - "30 years of Sri Lankan Politics."

It is also noteworthy to mention that the favoured presidential candidate of the United National Party (UNP), its deputy leader Sajith Premadasa, as well as a number of Muslim and Tamil political leaders, have been invited to attend the book launch.

The event had previously been scheduled for April 21 to coincide with the Minister’s birthday. However, it was postponed following the Easter Sunday attacks.

Previously on April 20, the Minister attended a photography exhibition titled ‘A 30 decade Matara Story’ where he expressed his views on choosing a Presidential Candidate of the UNP.