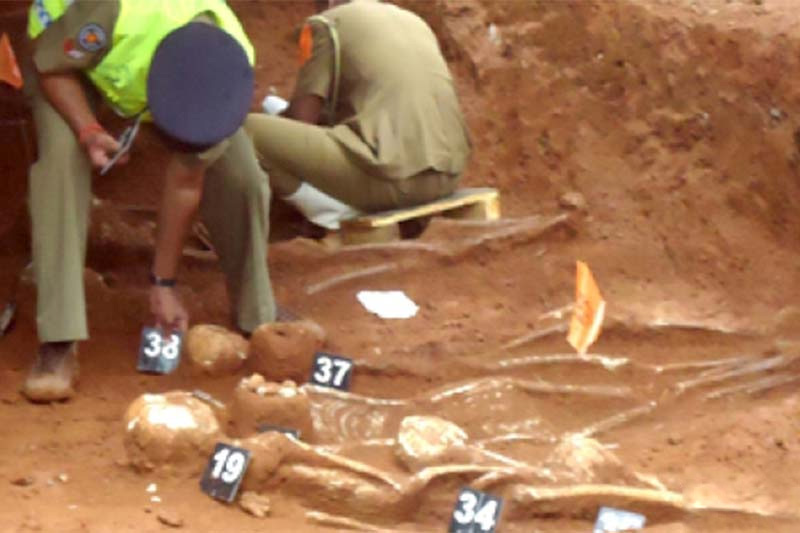 Police have sought more time to resume excavations in the country’s biggest mass grave in Mannar.

Mannar magistrate A.S. Ibdullah on October 17 ordered the resumption of work that remains suspended for more than three and a half years.

When the matter was taken up again yesterday (30), police said a demolition of shops in the grave’s vicinity and closing the pipeline that supplies water to the town were required for the purpose.

Its legal division was presently looking into both, said the police.

Lawyer for the prosecution V.S. Niranjan said the previously-found skeletal remains and other material evidence were yet to be produced before courts.

The magistrate ordered police to clarify both matters at the next hearing on January 27.

Skeletal remains of more than 300 persons, including of 28 children, were found from the grave in the CWE-owned land in Mannar so far.