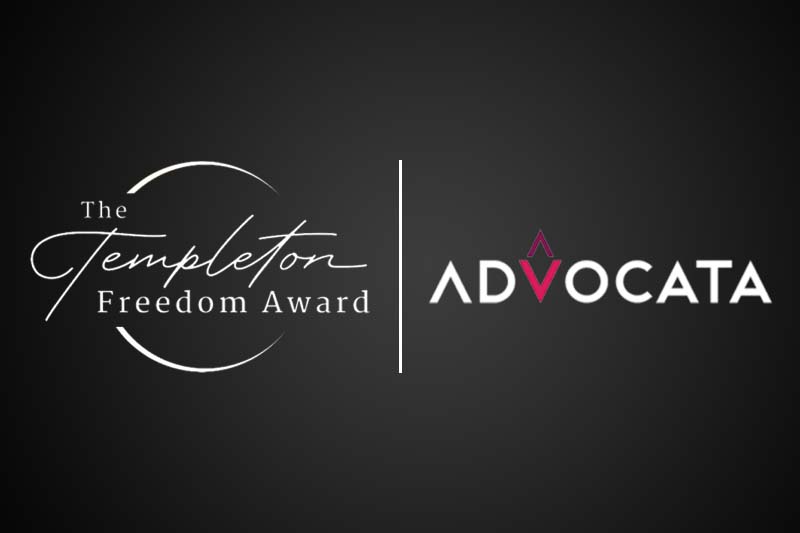 Advocata Institute, an independent policy think-tank based in Colombo, has won the 2022 Templeton Freedom Award by Atlas Network.

Named for the late investor and philanthropist Sir John Templeton, the Templeton Freedom Award has annually honoured his legacy.

Since 2004, the award has identified and recognised the most exceptional and innovative contributions to the understanding of free enterprise, and the public policies that encourage prosperity, innovation, and human fulfillment via free competition.

Advocata said the award and the prize will accelerate its impactful efforts to guide the island out of a tragic economic crisis, which threatens the lives, livelihoods, and human dignity of millions of Sri Lankans. After receiving the award, Fernando told the ceremony that the award means to Advocata in three main ways.

“First, for the people of our country because we are having a tough fight with 70% inflation, currency devalued by 100%. So, this money will be invested back to establish the freedom of our people. And we thank them for supporting us, allowing us to reach more than 1.5 million people through our social media.”

Fernando said the award will also mean a lot to his team, and give them motivation to attract more talent to build the Advocata brand and get more brand recognition.

He dedicated the award to his mentor, Linda, who incidentally celebrated her 80th birthday yesterday.

Coming from a very humble background and seen poverty, the Advocata’s CEO said, it was a personal achievement for him as well.