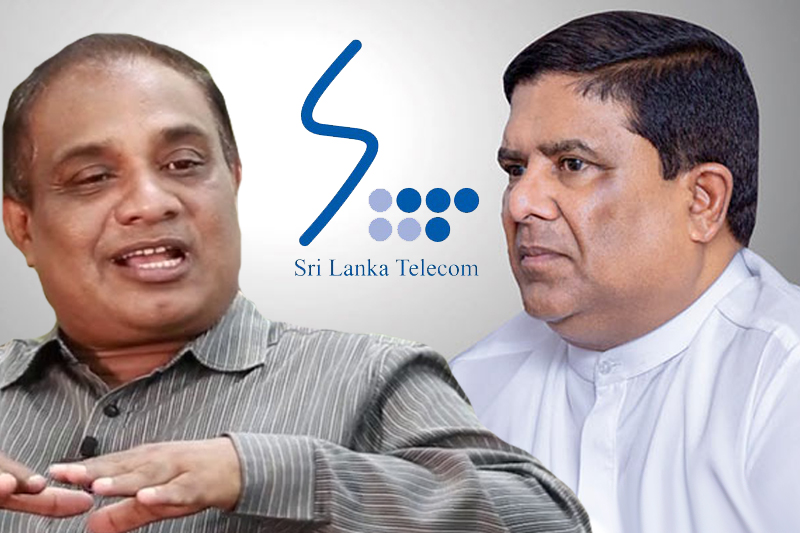 In 2021 alone, SLT had paid Rs. 2 billion as the state’s share and another Rs. 19.3 billion as direct and indirect taxes, said Padukka at a media briefing.

With the institution’s assets totaling close to Rs. 400 billion, its sale will deny a considerable fixed income to the state, he said.

Padukka also alleged that UNP MP Abeywardena is yet to pay the SLT bill dues amounting to hundreds of thousands of rupees for his home in Galle.

However, Abeywardena denied the accusation and maintained that he has paid his SLT bills till last month.

Presenting copies of the paid bills to the media, he charged that certain vested interests hurt by his budget debate speech have conspired to level this false accusation. 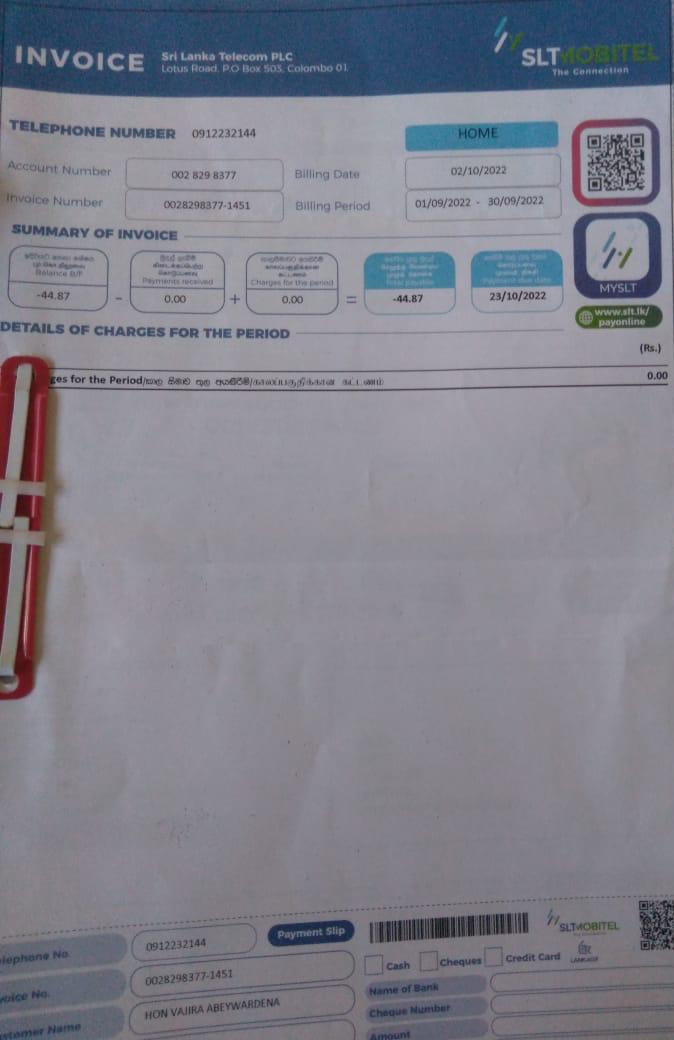 If Padukka’s claim that SLT earns profits is correct, why did the institution seek more time to settle millions of dues to an LOLC-affiliate? he asked.

Furthermore, the MP said he has documents to prove that SLT continues to defer a Rs. 01 million payment to an Australian firm.

Abeywardena said he was sorry that his critic has been misled by conspirators to make such a false allegation against him.