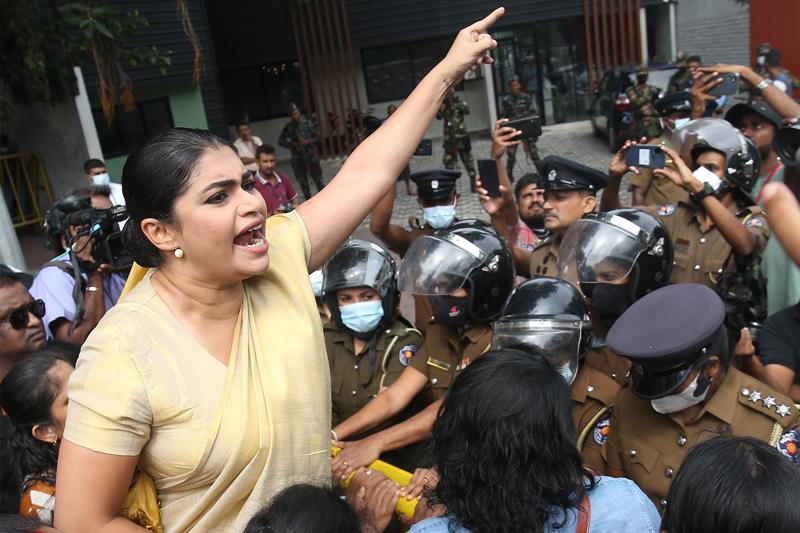 Former MP Hirunika Premachandra and several other persons were taken into custody today (14) on charges of obstructing the duty of police as they protested in front of the cinnamon Garden police station in Colombo.

The group was demonstrating against the arrest of a woman at a previous agitation over women’s rights that proceeded from near the UN office to Flower Road.

Premachandra and the others had been voicing their objections to that arrest, when they themselves got arrested.