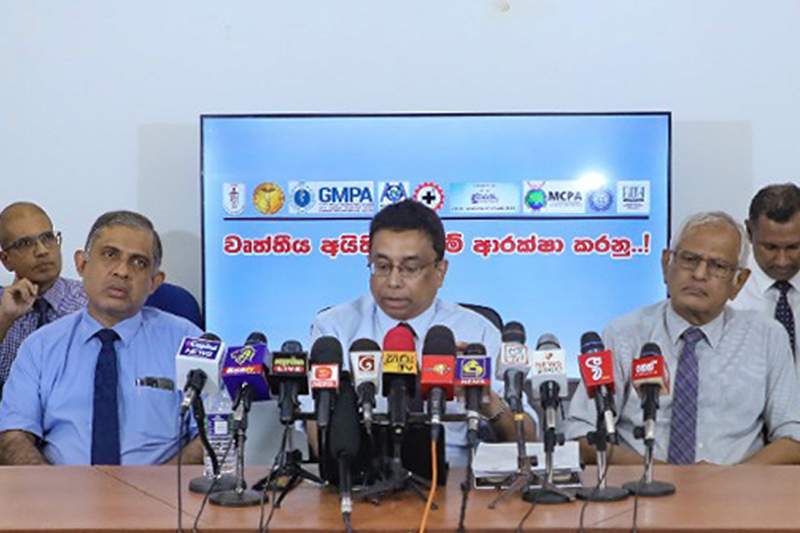 Political authority in the Health Ministry, including its secretary, are responsible for the suspension of Dr. Chamal Sanjeewa after he made a startling revelation about child malnutrition, doctors’ unions charge.

Speaking to the media yesterday (10), representatives of these unions said the State Services Commission had suspended him following an inquiry procedure not known to doctors.

Dr. Sanjeewa being the leader of a union makes his suspension a denial of freedom of expression as well as a suppression of trade unions, alleged Dr. Ajith Samaratunga.

He was suspended for revealing that 80 percent of children in Suriyawewa suffer from malnutrition, as part of repression by the state, but that will only lead to the people getting united strongly, said Dr. Samaratunga.

University lecturer Dr. Nirmal Ranjith Devasiri said the suspension for the alleged violation of the Establishment Code was nothing more than exacting revenge for making a revelation on a public health issue.

According to another speaker, Dr. Lakshman Edirisinghe, all trade unions will get together and take collective action with regard to the matter.