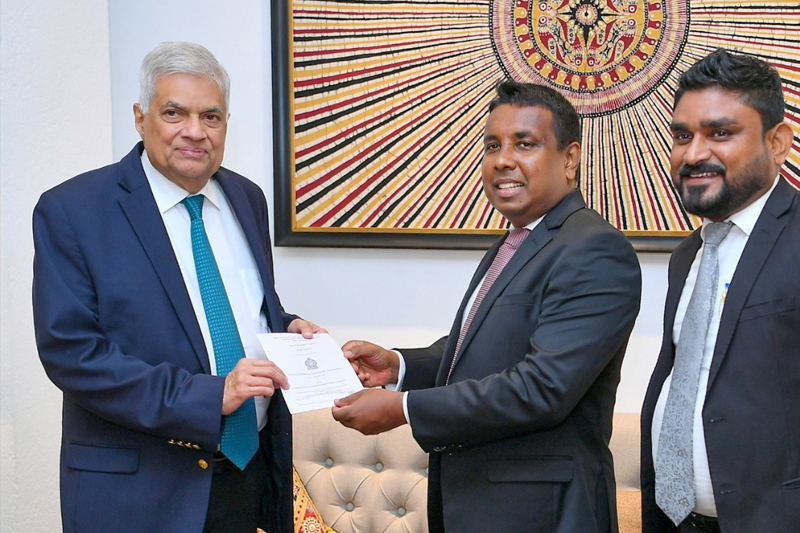 Premnath C. Dolawatta is moving a private member’s motion to strengthen a presidential policy of obtaining contributions of youths to state governance.

The MP met president Ranil Wickremesinghe at the Presidential Secretariat yesterday (31) and briefed him on his proposal.

Dolawatta told the president that his policy stance of giving more opportunities to youths at elections for a better democratic representation would be added a constitutional value by his draft bill to amend the local government elections ordinance.

It contains provisions to make a minimum of 25 per cent mandatory representation of youths in the first and second nomination lists at LG polls.

The MP noted that a special commission appointed in 1990 to look into youth unrest had stressed the importance of more opportunities for youths in democratic representation.

Accordingly, an amendment to the LG elections ordinance in that year introduced provisions for a 40 pc representation, but that lost ground when a 25 pc women’s representation requirement was established later on, he said.

The latest motion by him will help obtain active contributions once again from the youths, the lifeblood of the country’s future, the MP believed.