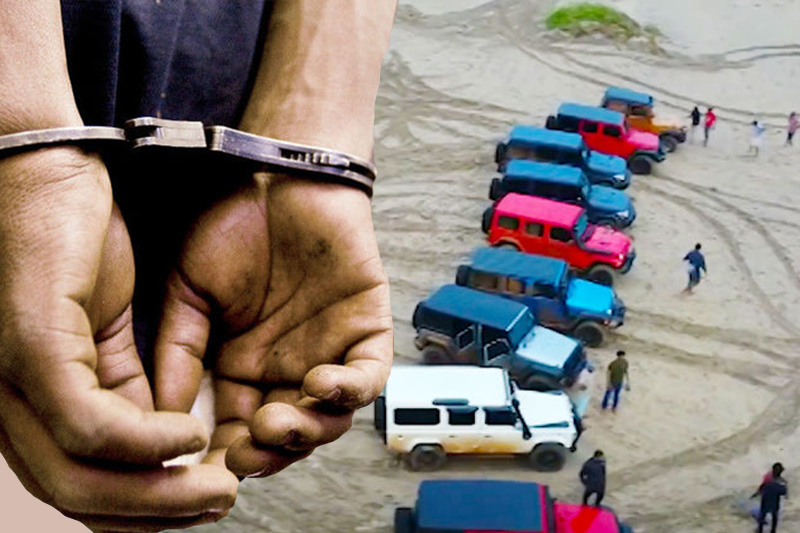 A nephew of minister Mahinda Amaraweera has been arrested over the recent incident of reckless driving at Yala National Park.

The 30-year-old surrendered to the Uva province assistant director of wildlife at the park’s Palatupana centre.

CCTV footage showed the suspect getting into a jeep, one of the more than 32 vehicles that caused havoc.

Nine others who gave themselves up along with six vehicles previously were produced before the Tissamaharama magistrate and released on surety bail.

More than 100 persons were involved in the incident, over which seven wildlife guides have been suspended from duty.