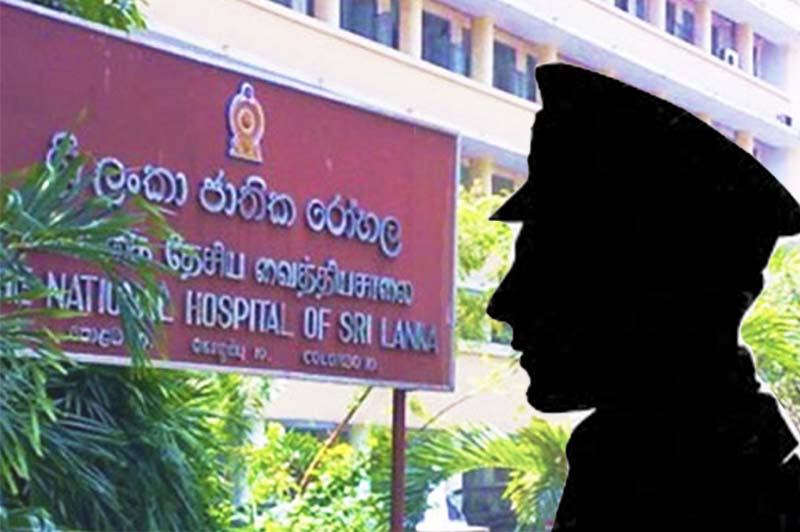 A former top military official's admission to Colombo National Hospital for treatment for pneumonia is being kept a secret even from the hospital’s directors, health sector trade union leader Ravi Kumudesh says.

Kumudesh questions if there is a special right for a specialist doctor to treat a patient outside the accepted procedure of a state-run hospital.

‘Lankadeepa’ reported that a VIP was airlifted to CNH and admitted to its ICU on Friday (28).

His admission was outside procedures without any documentary records and instead of letting its doctors treat him, a team of specialists from the outside were brought in.

The patient is being given special security as well.

An investigation by us revealed him to be a former commander of the Navy.