A total of 44 MPs, from both ruling and opposition parties, were absent at the parliamentary vote last evening (21) on the draft 22nd amendment to the constitution.

The amendment was passed with 179 votes in favour and only Sarath Weerasekara opposed. 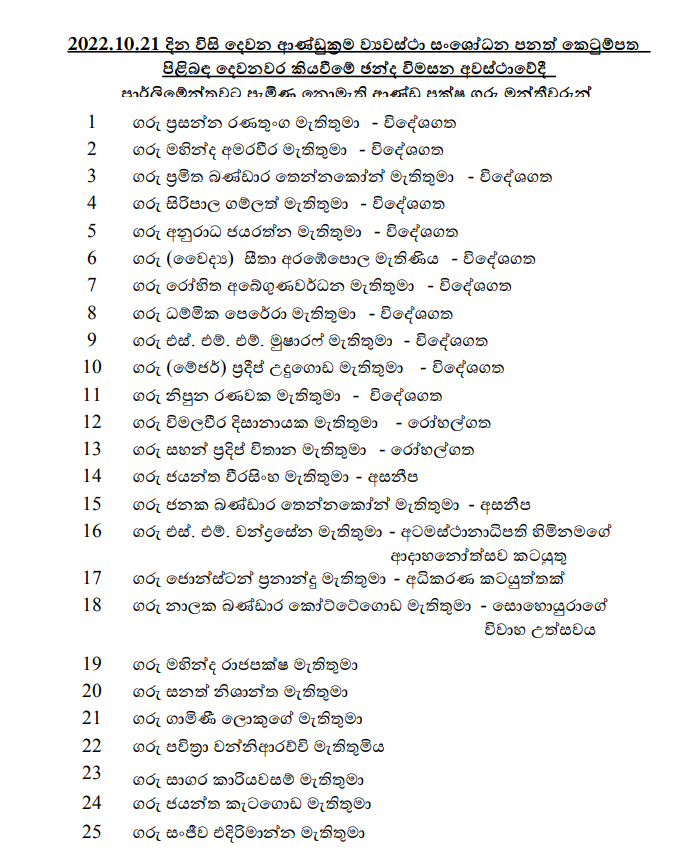