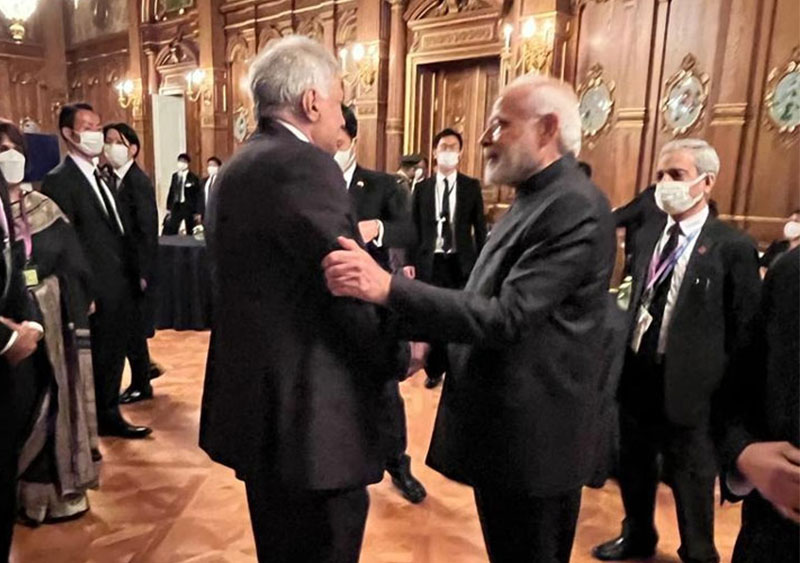 The meeting which lasted for around 10 minutes focused on Sri Lanka's debt restructuring.

Modi congratulated Wickremesinghe on his presidency.

He also inquired about the current status of Sri Lanka's talks with the International Monetary Fund. 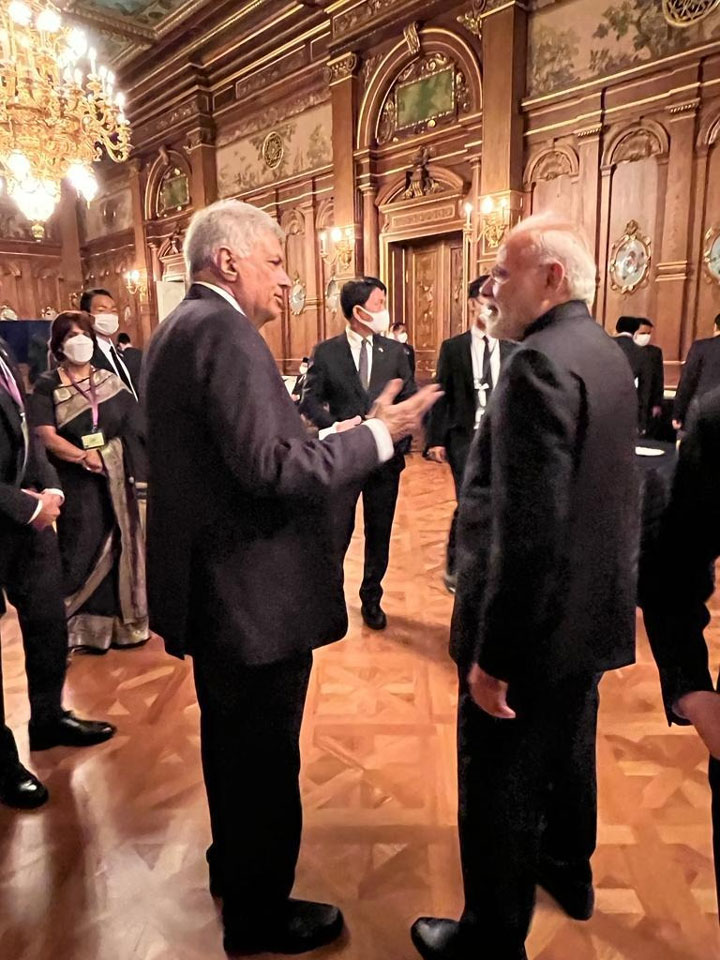