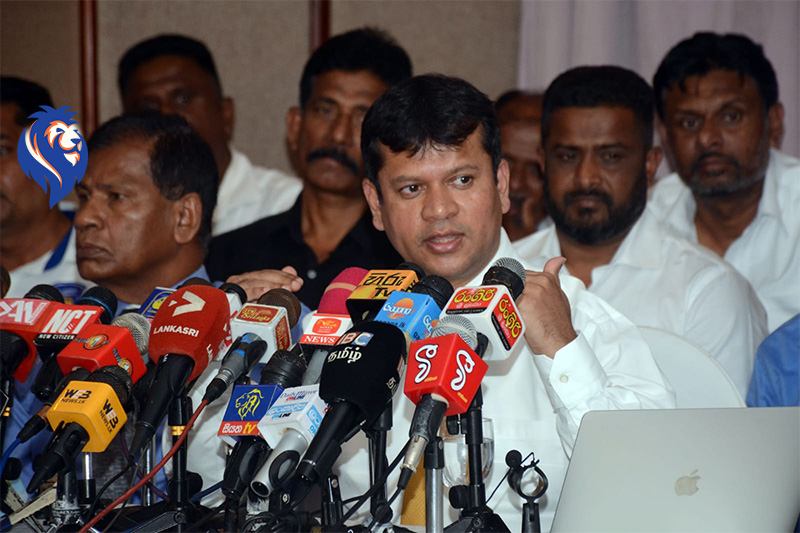 In such an eventuality, Umar said, while speaking to journalists in Colombo yesterday (27), that he was prepared to lead a fight to save the country from a ban.

This imminent ban is the result of a certain group, in an attempt to cover up their shortcomings, having falsely criticized FSL and misled the president, sports minister and the police, said Umar.

He called them petty opportunists and urged them to halt their attempts at least now for the sake of the game.

Also present at the media briefing were several former and present players, coaches and referees. 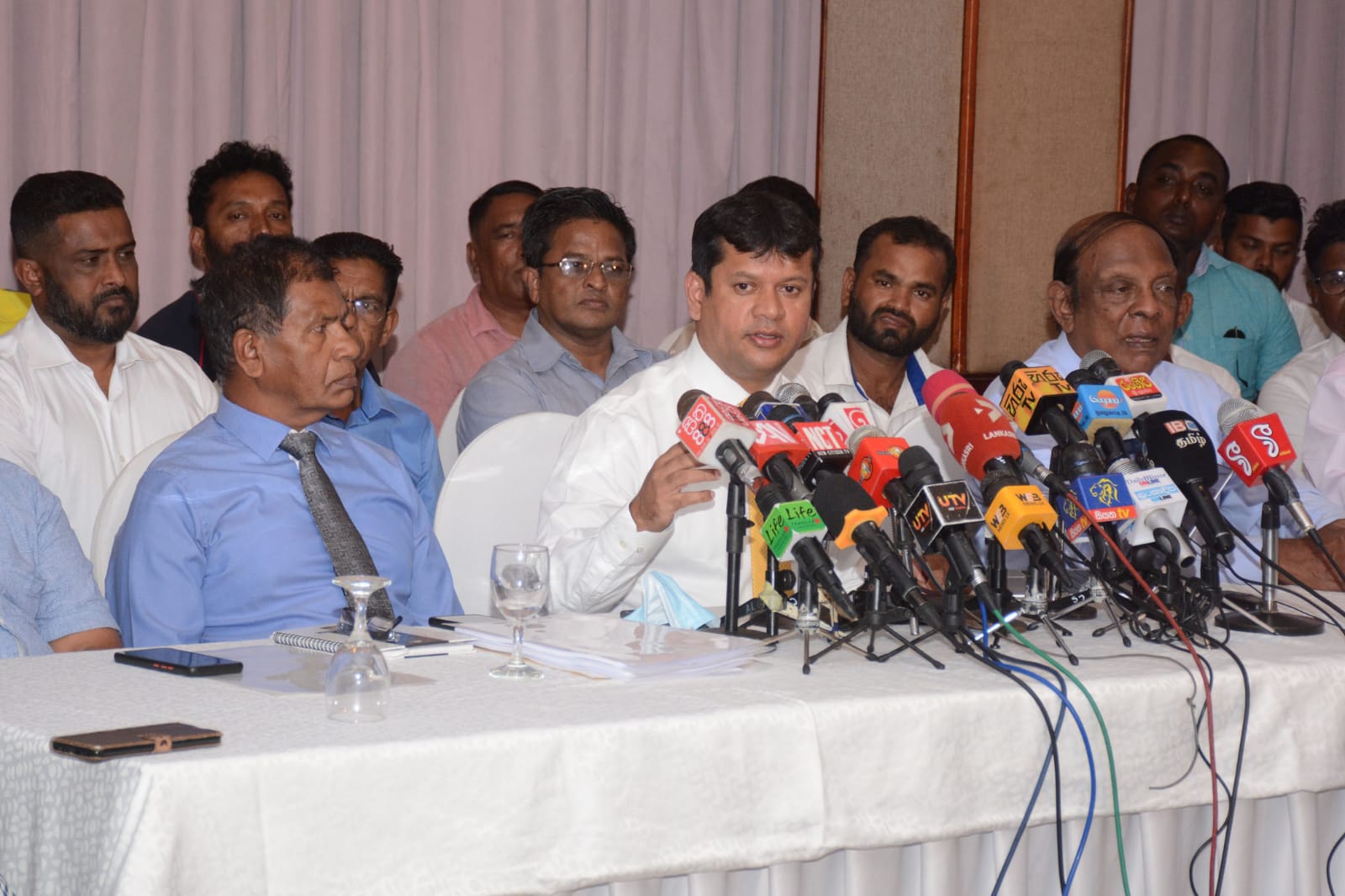 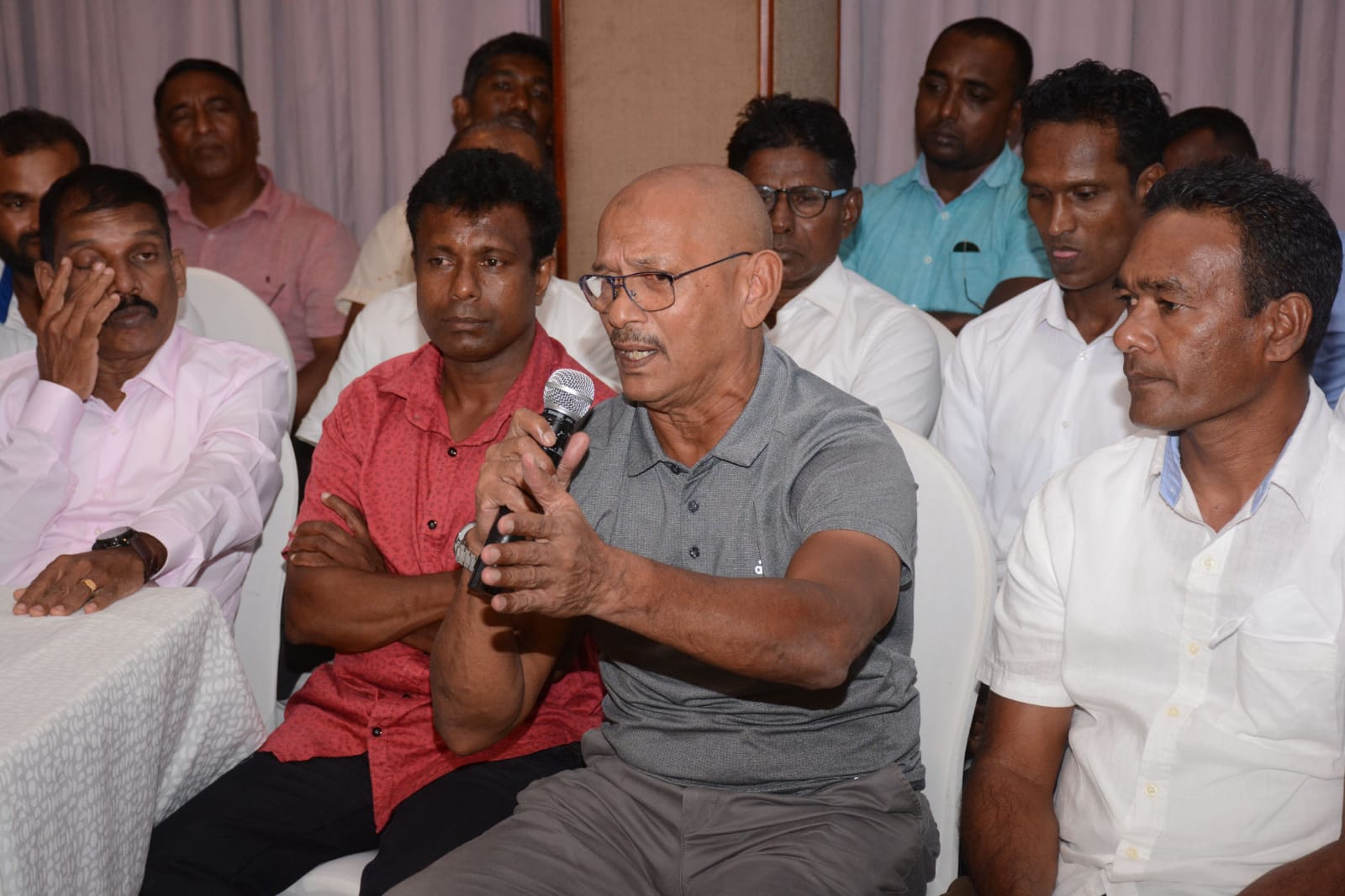 Attempt to evade charges of wrongdoing

A gazette notification to extend FSL’s tenure was annulled on September 23.

Umar said this has made football in Sri Lanka losing its credibility in the eyes of FIFA.

The culprits, he said he earlier thought, were in hunger for power and positions, but in actual fact, they wanted to see his back and to evade accusations of corruption and irregularities against them.

Umar blamed inefficient and corrupt officials in football administration from 1995 to 2021 for the sorry plight of the game in the country.

He said he had information that former FSL president Anura de Silva, who levelled accusations against him, had himself committed a Rs. 47 million fraud during his two-year tenure.

Ranjith Rodrigo, who headed the finance committee at the time, had credited certain amounts to de Silva’s bank account on the 25th or the 26th of every month, said Umar, adding that the matter would be investigated.

Another past president has a charge of 100,000 US dollar fraud against him, which has been investigated and an 81-page forensic report submitted. According to the report, the fraud had taken place in the guise of sending a team to Singapore, Umar added.

The ex-FSL chief also said he was appointed to the position at the height of the coronavirus pandemic, and that he had been able to be active for a period of less than six months.

Even during that short period, he claimed, he had done a great deal for the game, having organized 806 local matches and sent the national team to 31 international fixtures.

Furthermore, three residential training sessions in Qatar and Saudi Arabia for them were secured.

Former coach Amir Alagic and the goalkeeper coach were removed and their Rs. 2.3 million monthly payments were saved to the country, but not before they got paid Rs. 27 million per year, he said.

Replacement coaches were brought down from Qatar’s sponsorship, said Umar, adding that he had saved more than Rs. 200 million to the country during his tenure.