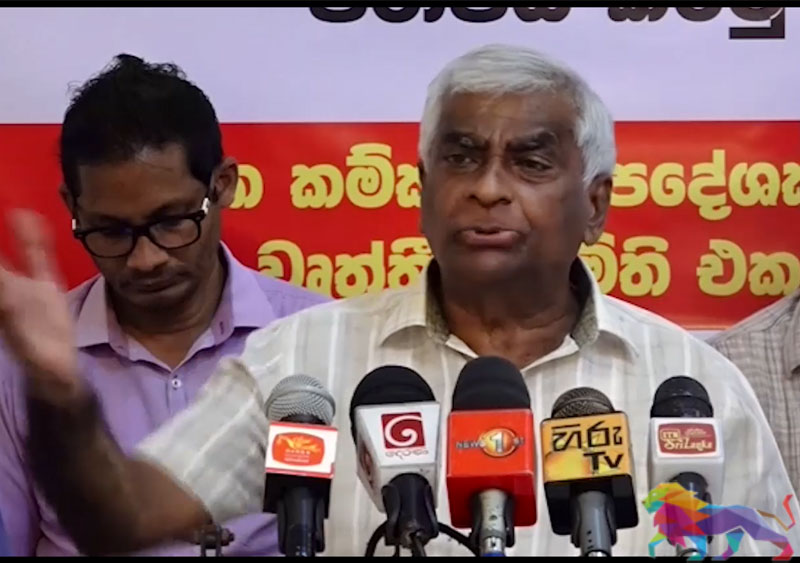 The private secretary to labour minister Manusha Nanayakkara is accused of threatening a labour leader and refusing to discuss a decision to change labour laws without consulting trade unions.

A long-standing member of the National Labour Advisory Council faced the incident at the ministry, leading unionist Anton Marcus told the media in Colombo on September 13.

This council has been set up jointly by the government, employers and TUs.

Marcus charged that the government and the subject minister as well as ministry officials were arbitrarily changing and relaxing labour laws against the working people.

For instance, minister Nanayakkara has instructed his officials to extend a maximum overtime duration for women of 10 days a month (60 hours) to 15 days (75 hours).

Also, he has tabled amendments to the termination of employment act no. 45 of 1971, Marcus charged.

TUs had written to the minister on August 31 asking him to convene the National Labour Advisory Council to discuss these matters.

Since no reply was received, Marcus and other unionists had gone to the ministry on September 12, but the minister was not there.

His private secretary has inquired as to why they had come, and when told about their requirement, he has questioned as to why talks with TUs were required if employers and employees were in agreement to change the laws.

Marcus cast doubts if this is being done as one of the undeclared conditions laid down by the IMF.