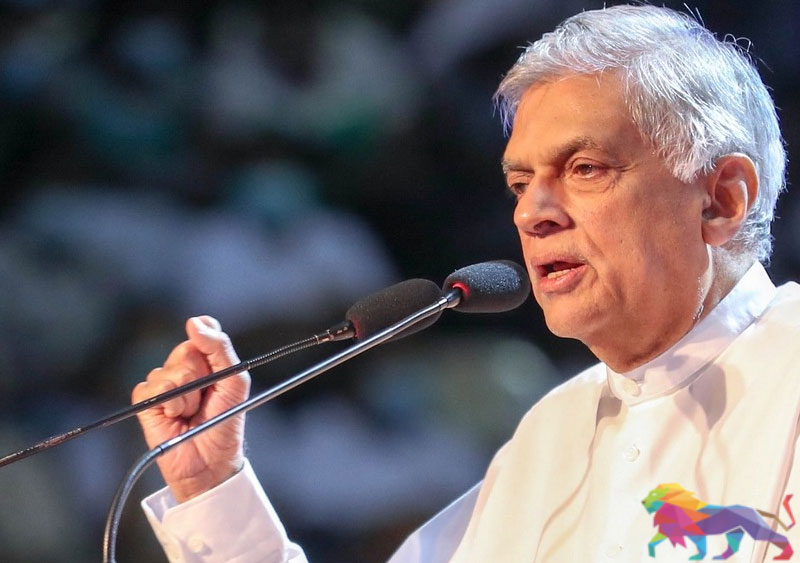 The first struggle is over and let’s start the second struggle to build the country from hereon, said President Ranil Wickremesinghe yesterday (06).

He invited all the parties to join without any differences and said that it is not for him but for the next generation to succeed in the program of building a powerful country.

Following is the full text of his speech: 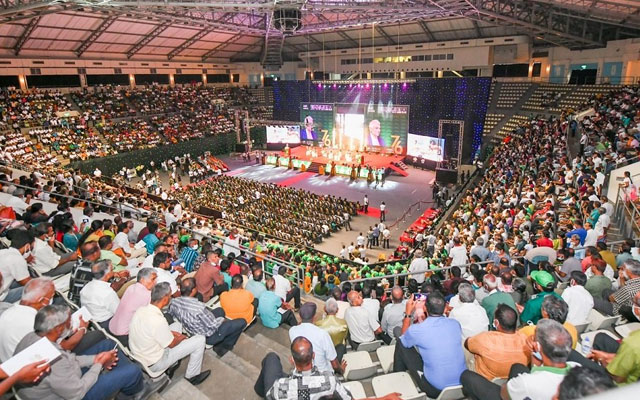 “We have gathered today for the party’s anniversary celebrations for the first time after the Covid pandemic. I would like to extend my sincere thanks to all of you. Not just for being here today but for having faith in the UNP even during the difficult period. Therefore, I extend my gratitude to you all.

I address you today as the 4th State Leader from this party. I am facing a different situation to what other UNP leaders had to face. I have no UNP government. I have no UNP parliament team.

Today we have to all come together in governing this party and with the support of several other countries including the SLPP. Why? Because today we have to face a grave crisis. I don’t think the country had to face such a crisis in its history. The economy has collapsed and we have to find solutions. I have come in in the middle of this crisis.

Today, unlike other UNP leaders, I am unable to make appointments. The people are pressurized and some can’t even afford three meals. They are unemployed. I can only give you sweat, effort and criticism. But, I boldly declare that with our sweat and effort, we will resurrect this country.

Last year we celebrated our anniversary through zoom technology. That day, I made a special statement to those who participated. I told them that today the youth of this country despises politics. The government is hoodwinking the people and the Opposition is limited to only criticism.

The people expect a policy based politics. They expect modern politics, but none of us acknowledged it. Eventually, their frustrations grew and in April they commenced demonstrations. That was a peaceful struggle. They displayed their talents. They expressed their views on what their demands were.

We all appreciated their struggle whether we agreed with them or not. The youth of this country demanded for change without taking up arms. But, continuing such peaceful struggles if not easy and the frontline groups started turning violent from within the struggle.

Eventually, the youth left the struggle and the violent protesters took charge. Between the 09th and 13th of July they stopped the state governance and attempted to take over parliament. When they did not succeed the struggle too faded.

Due to the bad side of the struggle, even the good that came about was forgotten. Yet, despite the end of the struggle, the aspirations of the youth are not lost. These will be taken forward.

We have initiated oversight committees with the inclusion of government and opposition members. They hold posts in the various sub-committees as well. We must entrust them responsibilities in order to take it further. The party leaders are in discussion regarding this matter with the Speaker.

Further, monetary control of parliament was strengthened. We intend to appoint three additional committees apart from the existing committees such as COPE and COPA, with the aim of overseeing revenue for the government, inspect bank accounts and restructure state enterprises.

Parliament will also get a budget office. But, the most important factor is the national council. The National Council is a board comprising party leaders to agree on various matters. The Prime Minister informed me to try and complete this process within this week. I am waiting to see these being done by parliament.

We also hope to introduce a new law to replace the Prevention of Terrorism Act. Similarly, we also intend to establish a Truth Commission. We also intend to introduce a bill to enable equality between men and women. Another law would be introduced to grant government housing and a law to grant land deeds. Another law is expected to be introduced to address climate change and also a youth parliament. Are these oppressions?

This will enable public opinion to be obtained through the 14,000 Grama Niladhari Divisions without political bias on various matters including the law, constitution and how best to develop their villages. This is a huge task carried out entirely on voluntary basis. I assured the assistance of the government for this project and even have a law passed if required. We must engage in the country’s main matters with the assistance of the people without political bias. We have told them to present their questions collectively and we will provide the solutions.

That is the biggest change. There are many other proposals. Similarly, we must think of the economy. We are facing a difficult time without fuel, fertilizer etc.

We can provide fuel, fertilizer and seeds at least limitedly in order to carry on the country’s economy. Things don’t stop there. We have sought the assistance of the IMF.

Then we need to obtain relief from our creditors and amidst all that we must ensure food security and for that we have commenced food security programs in all 14,000 Grama Niladhari Divisions. The food that is produced in these villages, must be shared with everyone. There is a difficulty in producing food in the Western Province and we have urged the other districts to provide the required food for the Western Province.

This time we will provide you the fertilizer, fuel and seeds and I urge you to please provide us the biggest harvest this Yala season. Let’s all work together and eat rice together. The Agriculture Minister will coordinate these efforts.

We must also earn foreign exchange and the best way to do that is by promoting tourism. We have entrusted that task to Minister Harin Fernando. Let’s all come together and accomplish this task and get more tourists.

Currently the production of this country is only 8.5% of the GDP. So how can we do anything? By 2024, we hope to increase this to around 15%, but that too is not enough. If we are to allocate the required allocations for health and education etc, we need to increase it to at least around 19%.

Therefore, today we must not only stabilize our economy we can’t keep begging. Do we like to always beg? Irrespective of what race we belong to we don’t like to be in debt. Our ancestors have taught us to always repay our debts no matter how difficult. Let’s all get together and repay these debts. Let’s build a country free from debt. We need to work in houses in the Middle East to earn money. But let’s find other alternatives. Let’s get rich. Why can’t this country become rich? We have the resources. Let’s build a strong economy. We can’t allow anyone to obstruct us, lets forge ahead.

If Japan could capture the world market, why can’t we? If Korea could and Singapore which does not even have water, why can’t we. Let’s build a prosperous, wealthy nation within the next 25 years. Let’s start it next year and take it ahead. I may not be around to see its end, but I want to build a good future for the youth of this country.

If our target is 25 years, then lets ironclad our policy framework and not allow anyone to change it each time a new group is elected. We will implement this 25-year plan in five year blocks.

If we are to achieve this talk, we must unite. D.S. Senanayake’s aim was to unite everyone. He said irrespective of whether we are Sinhala, Muslim, Tamil, Burgher and any race, we should all should be able to say we are Sri Lankans.

I like to add to that by saying no matter whether we are UNP, SLFP, SJB, SLPP, EPDP, JVP, Tamil Congress TNA or any party, lets unite and build this country as we are children of one mother. I urge you all to unite for the sake of the country. Let’s start this journey together.

The first struggle is over, let’s start our second struggle from here. Let’s unite and forge ahead fearlessly and build a glorious Sri Lanka.”