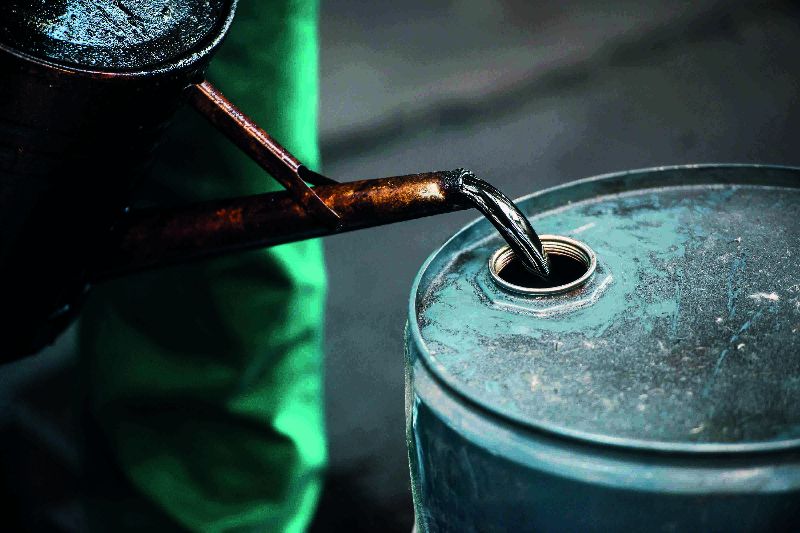 Sri Lanka is on track to receive enough petroleum supply to overcome the present fuel crisis till the end of this year as three international suppliers have been awarded contracts in accordance with proper procurement procedure, Energy Ministry sources confirmed.

Ministry of Energy is taking every possible step towards normalizing fuel distribution to country wide fuel filling stations with the importation of petrol and diesel stocks in proper procurement process amidst wild allegations of the opposition political parties,

Minister Kanchana Wijesekera noted that only three international suppliers UAE based Coral Energy, Vitol Singapore and IOC India have submitted expressions of interest to fulfil the fuel requirement of the country in the wake of unfounded allegations of paying high prices for their fuel shipments.

He noted that the purchasing price of fuel from the international market cannot be compared with prices prevailing before the country’s declaration of preemptive debt default as it led the country towards black listing by banks worldwide.

He alleged that several opposition parliamentarians are making unfounded allegations of high premium payments of USD 20-29 per barrel of fuel in July-August period compared to February and March.

These politicians should understand and verify their facts before making such allegations as the premium price has gone up following the country’s declaration of preemptive debt default in April while international rating agencies downgraded Sri Lanka afterwards.

At the same time, they should be grateful for these companies, especially Coral Energy for arranging fuel shipments for the country under unfavourable international market conditions created by Central Bank Governor Nadalal Weerasinghe’s announcement of foreign debt default.

Under the present set up of the country's risk of debt default, no prime bank in the world is confirming the LC’s of Sri Lankan banks anymore, he said, adding that not a single registered supplier other than these three suppliers have stepped into supply fuel.

Sri Lanka’s state-run Ceylon Petroleum Corporation has said it has enough diesel, petrol and kerosene both imported and refined locally and assured the public there will be no shortage, after a few fuel queues formed for the first time since a QR-code fuel ration system was introduced.

“CPC has diesel, petrol and kerosene available to distribute without a shortage. The refinery has started operations and steps have been taken to produce all fuel,” a statement said.

“Imported fuel is also available in the Kolonnawa and Muthurajawela storage facilities CPC is in the process of distributing the fuel and advised the public not to get distressed unnecessarily”.

The Cabinet-appointed Standing Procurement Committee has recommended awarding the relevant crude oil procurement contract for seven months to Coral Energy based in the United Arab Emirates, Vitol Singapore and IOC INDIA to bring down refined oil shipments of petrol, diesel, kerosene, jet fuel and crude oil till the end of this year.

In the past, CPC has borrowed dollars or used suppliers’ credit to import oil without making immediate payments.

Now suppliers are no longer giving credit to the CPC. As a result, the CPC has to find dollars upfront to pay suppliers when there are forex shortages.

Earlier CPC used to have stocks of two to three weeks. Now the stocks are down to five or six days. Although ships are coming on time as ordered, a delay in unloading triggers shortages across the distribution network leading to stock outs.

By the time Sri Lanka declared debt default, payments amounting to USD 750 million were due to long standing petroleum suppliers of the CPC. That money is still remaining unpaid with no signs of any settlement.

Because of this default and the country's risk (No prime bank in the world is confirming the LC’s of Sri Lankan banks anymore), these suppliers together decided not to supply to CPC and also started preventing ship owners from carrying cargoes to CPC unless/until they were paid.

This has resulted in CPC struggling to buy any products in the market. Sapugaskanda refinery was closed for months and people started waiting for days in queues without any products.

Due to the relentless search and hard work by CPC staff, they were able to bring new suppliers to rescue the nation and CPC. Coral Energy was one such company and the company started actively trading only in June/July.

All procurement was done upon checking with tens of suppliers. A supplier quoting a higher bid was never selected when a lower bid was available.

Over two hundred award letters were given to representatives of foreign firms who quoted low with fancy prices but none of them have supplied fuel up to now. Under the circumstances, the only question before the CPC was whether to buy from the very few suppliers who obviously charge high to mitigate their risks or keep the nation suffering in fuel crisis without any procurement at all.

Coral Energy has not only proved itself as a reliable supplier, the company has been very cooperative with CPC to ensure seamless supply of products whenever an order was given.

It is mandatory that CPC opens an LC 10 days before loading. But Coral Energy has been treated so badly that sometimes even after the ship came to Colombo waiting for weeks, CPC was unable to open an LC or pay US Dollars.

Coral Energy also took the historic step of accepting Sri Lankan Rupees to unload its first crude oil shipment with CBSL promising to convert it to USD within 30 days. For the first time in the history of Sri Lanka, CPC was able to unload an oil shipment paying LKR.

Energy sector analysts pointed out that it was thankless contribution made by CPC and Coral Energy to the people of Sri Lanka.

Sri Lankan refinery experts first said only Iranian light is good. Then they said only Murban Crude is good. But now they say Siberian Light is good and Urals is bad.

Everyone has forgotten that it was Coral Energy which unloaded Siberian Light to Sapugaskanda and that too by accepting LKR. So Coral trying to supply only Urals is a baseless argument.

India buys one million barrels of Russian Crude a day and out of that 88% is Urals Crude. Coral Energy gets most of  the refined products (Diesel, Petrol, Super Diesel, Petrol 95 and Jet A1) from India (Reliance Refinery) and these are produced using Urals Crude.

So there is no logic in saying Ural is bad and incompatible for Sapugaskanda oil refinery, several energy experts said.

Whether it is Urals, ESPO or Siberian Light, Coral Energy offers a price based on Brent Index since their insurance and credit risk is hedged against Brent and they buy their Urals on that basis.

So it is upto CPC to buy or not to buy. CPC can even ask any other seller to supply at a lower price because no one stops CPC from negotiating with any one else.

Of course the CPC is negotiating with tens of suppliers every day. This is how over 270 award letters were given to suppliers. Mainly new ones and none of them ever supplied.

On all the orders given to Coral Energy, the local agent’s commission Is ‘ZERO’. It is documented and practiced to save the little dollars which CPC can save at all times. The local agent of Coral Energy is ‘Eve Shipping (Pvt) Ltd’.

Coral Energy is a USD 50 billion company. Companies like this always worry about their reputation and international image.

If politicians like Patali Champika Ranawaka are making baseless allegations against suppliers, they are bound to stop fuel imports to Sri Lanka.