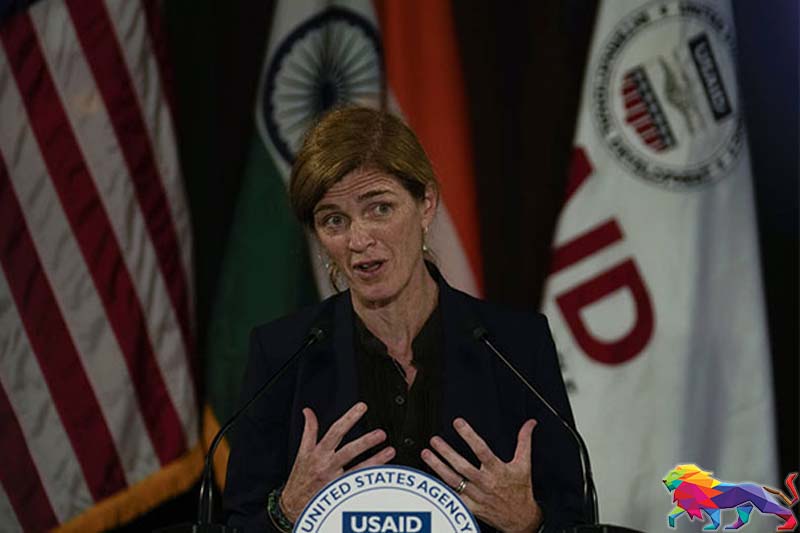 "Opaque" loans for “headline-grabbing” infrastructure projects, were among the factors behind the current crisis that has engulfed Sri Lanka, said Samantha Power, Administrator, United States Agency for International Development (USAID), on Wednesday.

Delivering a speech at the IIT-Delhi, Ms. Power praised India’s “swift” action in response to the emergency in Sri Lanka and argued that India’s strength especially in the field of tackling food security threats, was nurtured over the past seven decades in partnership with the United States.

Ms. Power cited the Upanishads and urged India to play a greater role in the world in tackling hunger and poverty, which have intensified in the backdrop of the Ukraine crisis. She made a strong pitch in favour of “pluralism and tolerance” saying there are “forces in the United States and India who seek to sow divisions, who seek to pitch ethnicities and religions against each other”.

“Indeed, over the past two decades, China became one of Sri Lanka’s biggest creditors, offering often opaque loan deals at higher interest rates than other lenders, and financing a raft of headline-grabbing infrastructure projects with often questionable practical use for Sri Lankans,” said Ms. Power.

China, she pointed out, has not answered calls for greater relief to Sri Lanka, and said the “biggest question of all is whether Beijing will restructure debt to the same extent as other bilateral creditors”.

She said the United States extended $180 million to Sri Lanka in emergency financing in 2022 and praised India for coming to Colombo's help, saying, “The Government of India has already supplied $16 million in humanitarian aid to Sri Lanka, it has exported 100,000 tons of organic fertilizer to try to help farmers stave off future food shortages, and it has supplied $3.5 billion in Lines of Credits to the Government of Sri Lanka as it attempts to steer its economy out of default and further collapse.”
Possible partnersip

Ms. Power painted a broad canvas of possible partnership between India and the United States based upon Cold War era instances of American support to Delhi, leading up to the launch of the Green Revolution. Ms. Power said India had proved itself capable of helping the “Global South" soon after attaining independence.

The American official met with External Affairs Minister S. Jaishankar and Foreign Secretary Vinay Mohan Kwatra, on Tuesday. She announced that the U.S. will invest $ 25 million in a new partnership with India for promoting agroforestry. "Across these past 75 years, India has always shown itself to be a friend to the world’s poor. Now, when the stakes have rarely been higher, India stands able to be an incredibly impactful development leader. ," said Ms. Power.

Ms. Power sounded a note of caution about the cascading political effect that global food insecurity can have in the coming months. "Sri Lanka's government was the first to fall. 17 countries are facing (similar) protests," said Ms. Power.

During a brief press conference following the speech, Ms. Power said that she recognised that despite global expectations from India to help reduce food insecurity elsewhere, New Delhi will have to rise to its "sovereign responsibility" to look after food security at home first.

She however, said, export restrictions are not the best way to address food security issues at home, and argued agriculture surplus countries can continue food supplies despite import restrictions for addressing "grave humanitarian emergencies" in different parts of the world.

In her speech, Ms. Power mentioned the role that private capital can play in ensuring food security. When asked about the farmers’ protest against private investment in agriculture, she argued that there is “not enough public sector financing” in countering critical collective challenges like climate change (and its fallouts like food insecurity) and said therefore “private sector has become absolutely indispensable.”